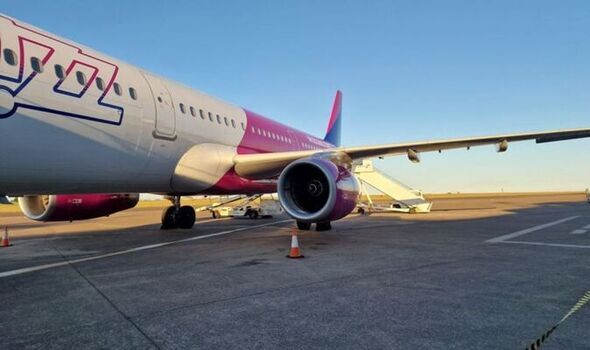 Holidaymakers were due to fly from Cardiff to Corfu on Sunday morning, August 7. However, their flight was subject to a series of delays which saw them board and disembark the plane twice before it was cancelled altogether.

Over the course of a four-hour delay, a technical fault saw engineers “turn the plane on and off again” while passengers were sent back to the terminal with a £4 food voucher.

When they boarded the plane for the second time, holidaymakers were informed the flight was cancelled due to staffing issues, reports Wales Online.

The delays and cancellation meant that some passengers had waited at Cardiff Airport for around seven hours for a flight that never took off, forcing them to make alternative travel arrangements, with Wizz Air providing “absolutely no help” to those stranded.

Passenger Sean Glossop was due to fly to Corfu with a friend on Sunday morning, but was left fuming by the cancellation which forced him to delay his trip by 24 hours.

It was the second time in less than a month that he had been let down by Wizz Air, having been left stranded in Crete after the airline cancelled a direct flight back to Cardiff just a few hours before take-off back in July.

“The flight was supposed to leave at 7.25am and everything was going smoothly,” he explained. “We boarded the plane and then once the engines started there was apparently a ‘technical fault’. We were told that they had to call an engineer out and that we would have to wait an hour on the plane.

“They did the classic ‘turn it off and back on again’ which didn’t work, so after an hour sitting on the plane we were sent back to the terminal for another couple of hours while the engineer apparently replaced some parts. They provided us with £4 vouchers each which were literally enough to buy half a sandwich.”

After waiting in the terminal for hours, Sean and the other passengers were finally called back to board the plane for a second time.

However, any hopes of the plane actually taking off were soon dashed completely.

“Finally, we boarded the plane again,” he said. “But we were then told by the pilots that they’d run out of working hours so they would have to call a standby crew to get us to Corfu. Once again, we were sent back to the terminal where Swissport staff advised us it was cancelled.”

Luckily for Sean, he and his friend were able to get the last two seats on a TUI flight to Corfu that left on time on Monday morning.

However, other passengers were not so lucky with Wizz Air allegedly providing “absolutely no help” as they scrambled to rebook their holidays.

“We were lucky to get those seats,” he said. “But after speaking to other passengers, many people have either cancelled their holidays or have had to go to Birmingham or wait a few days.

“All in all, they kept us waiting for around 4 hours whilst boarding and deboarding us twice, with absolutely no help from anyone working for the airline to rebook passengers. Taking into account getting to the airport for the flight, most people were waiting at the airport for around 6 or 7 hours for a flight which never went.

“It goes to show again that Wizz Air’s reliability appears to be non-existent. While other airlines would find another aircraft, they simply cancel the flight and leave you to fend for yourself.”

Sunday’s delays are the latest in what has been a difficult summer for passengers at airports across the UK.

In July, holidaymakers in Crete were forced to fork out thousands of pounds on extra accommodation after Wizz Air cancelled two return flights to Wales in the space of a week, with passengers given just a few hours’ notice that they wouldn’t be taking off.

Less than two weeks earlier, passengers travelling on a Wizz Air flight from Corfu back to Cardiff saw their plane forced to divert to Bristol after an incident at Cardiff Airport meant they were unable to land there.

The incident, which saw a light aircraft go off the end of the runway, meant the airfield was closed for nearly an hour. 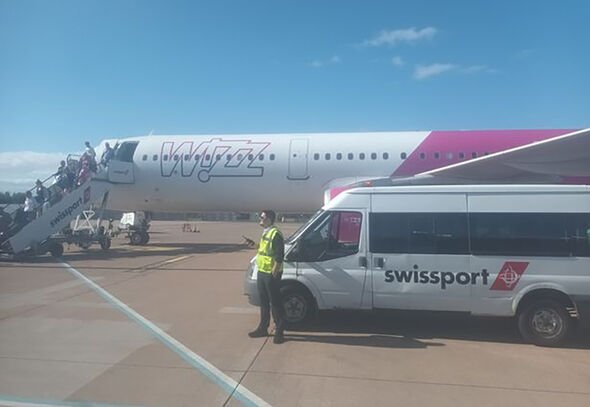 Those on the flight – which was due to arrive back in Cardiff just after 1pm – were then forced to wait on the plane on the Bristol Airport runway for several hours, before being told they would not be flying back to Cardiff at all and had to get off the plane.

Some of the “tired and upset” passengers on the flight claimed they were declined any food or water by Wizz Air staff on-board as they waited on the runway and were given limited information about the flight’s status or whether they would be flying to Cardiff as planned.

Passengers were then faced with the challenge of getting back home, with many of them having left their cars at Cardiff Airport before jetting off to Greece.

This meant that families were forced to pay hundreds of pounds on taxis to take them back to Wales, having waited in vain for alternative transport to be arranged, only to have their application to get compensation from the airline rejected, with the closure of the airfield falling under “extraordinary circumstances”.