When being beside the seaside is simply Grand! Why a sea-view balcony room at this Brighton hotel should be on YOUR bucket list

How long is your bucket list? It’s one short if you haven’t stayed in a balcony sea-view room at The Grand Brighton.

Trust me. It’s a sensational seaside experience. Especially with a glass of fizz to hand while taking in the view.

I checked in to a ‘Grand Collection Deluxe Sea View Double Room’ with my family on a recent Saturday, and to be frank, I wasn’t quite expecting the splendidness levels of the escapade to soar quite so high. 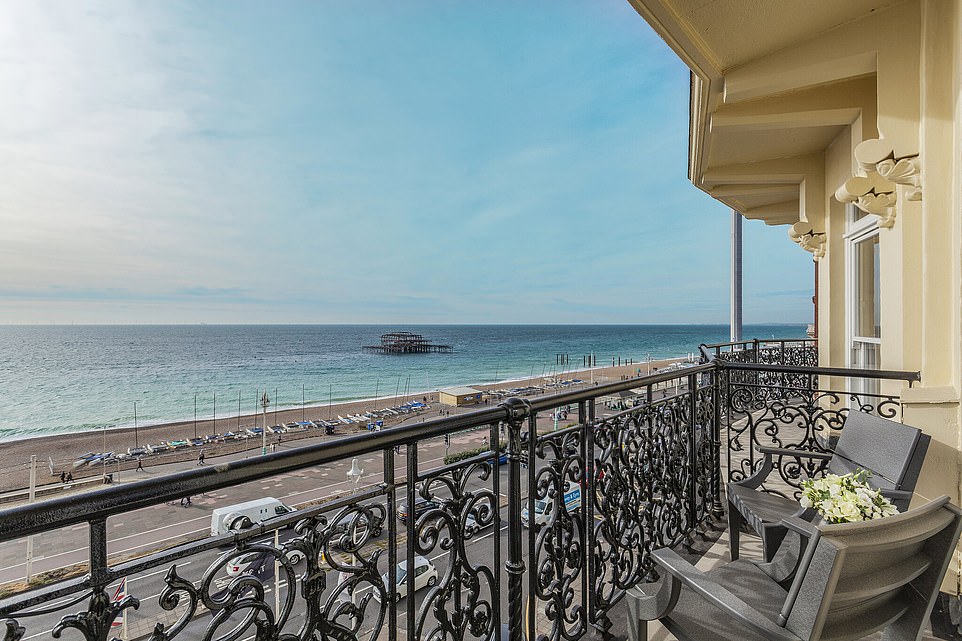 The sea view from one of The Grand Brighton’s balcony rooms, with the remains of the Grade I-listed West Pier to the right 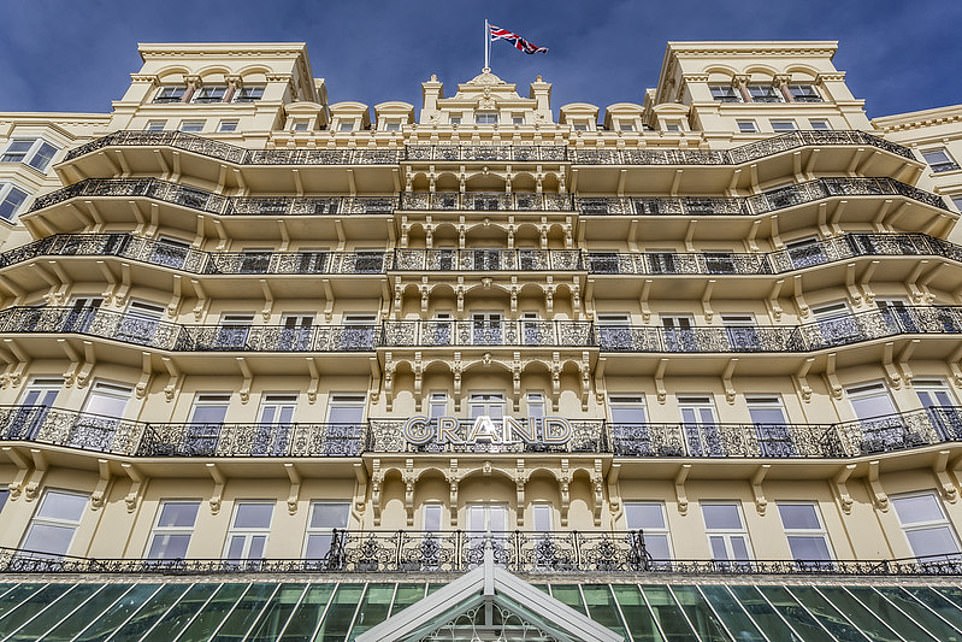 The Grand Brighton was officially opened on July 21, 1864, ‘to great fanfare and celebrated as the original “Palace By The Sea”‘

For one, I’d been to Brighton’s seafront, where the hotel is located, many times before – so a new angle on something familiar surely couldn’t be that momentous, could it?

Our fifth-floor eyrie allowed us to take in such a gargantuan slice of the land-sea threshold and the hive of activity taking place there that it proved astonishingly mesmerising. 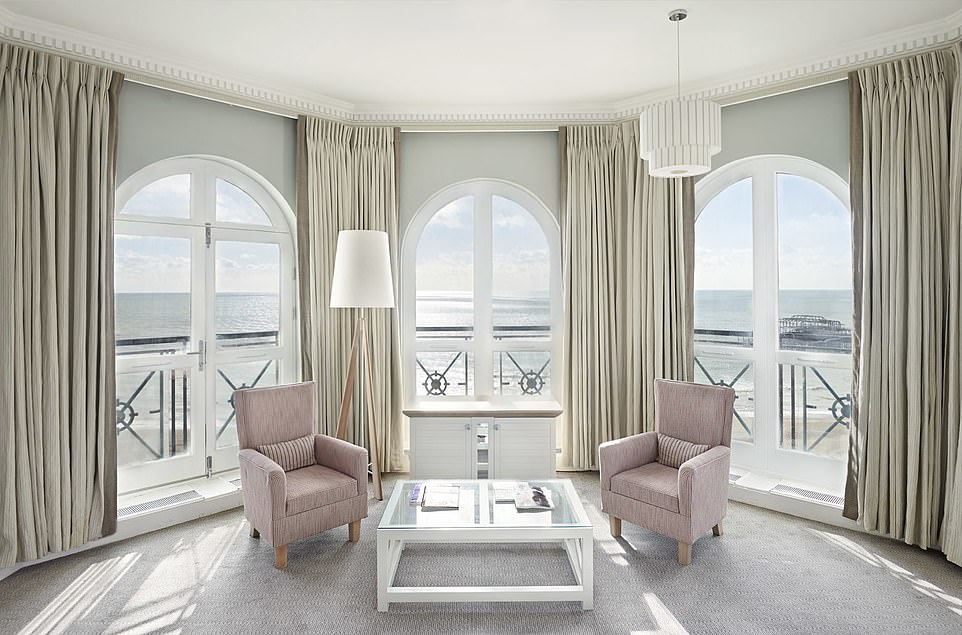 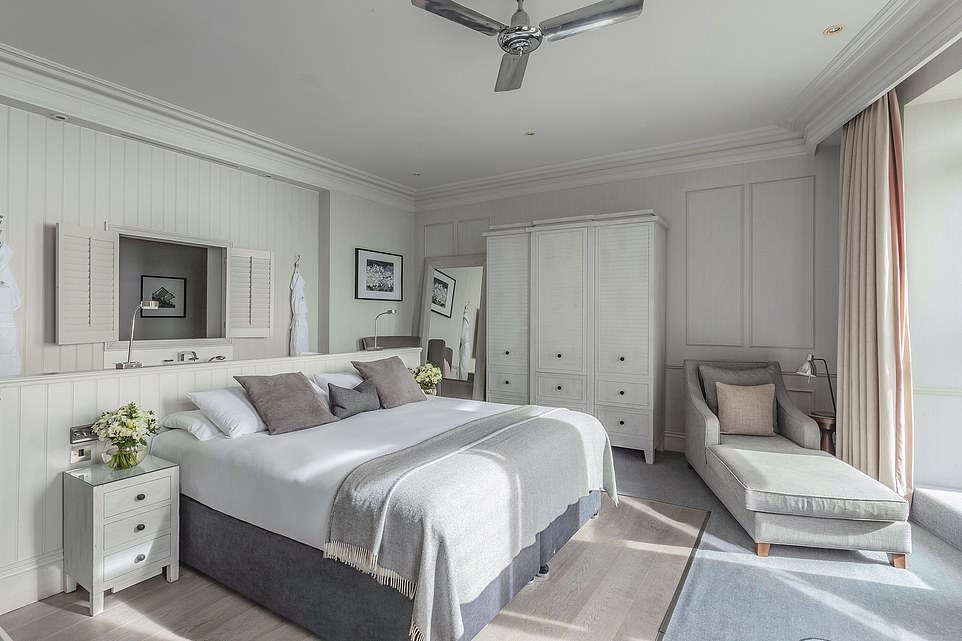 A sweep from left to right as we sipped glasses of Moet took in the Palace Pier and its thrilling little funfair, live music at the Brighton Music Hall venue, volleyball matches, basketball matches, skaters, cyclists, dog walkers, swimmers, sailors, snorkellers, jet-skiers, sunbathers and off to the right the sedate rise and fall of the British Airways i360 Viewing Tower glass pod and the remains of the Grade I-listed West Pier.

The bucket-list credentials of the stay were anchored by the gem of a room’s Premier League king-sized bed and its country-style cushions and throw, suave grey hues – carried by the walls, armchairs, sofa and headboard – and elegant wooden floor-standing lights flanking the TV.

I also liked the kettle disguised as a spotted teapot. 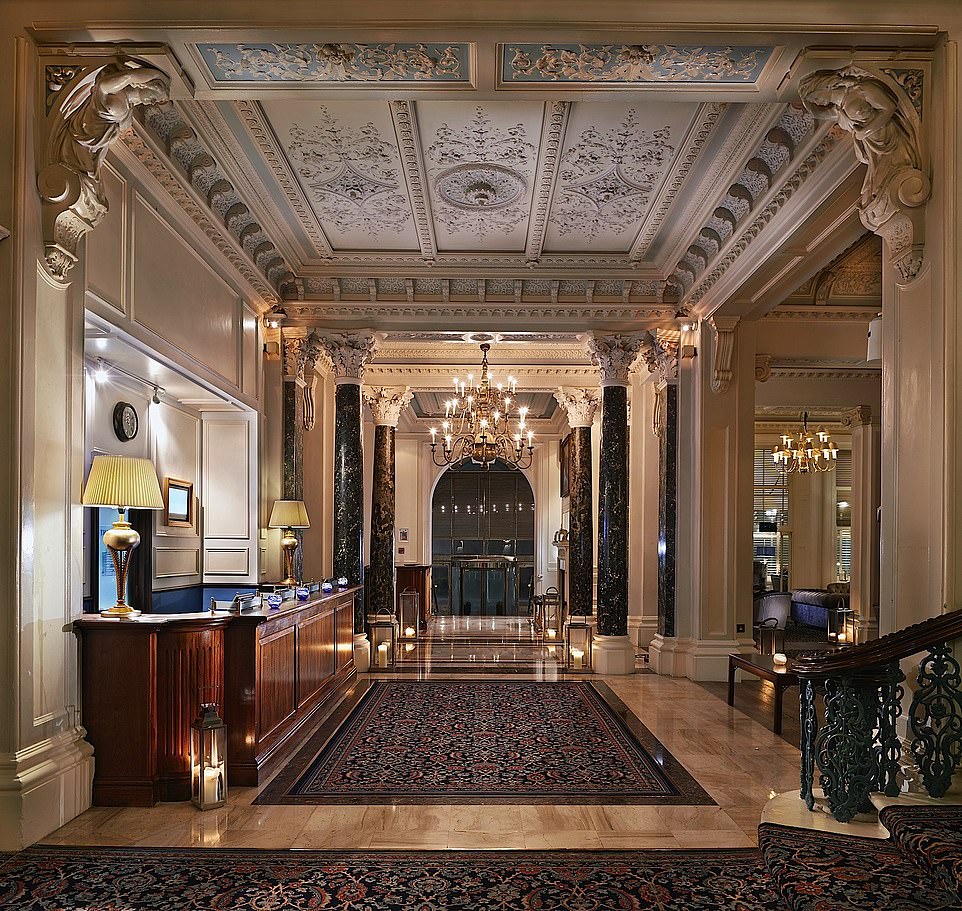 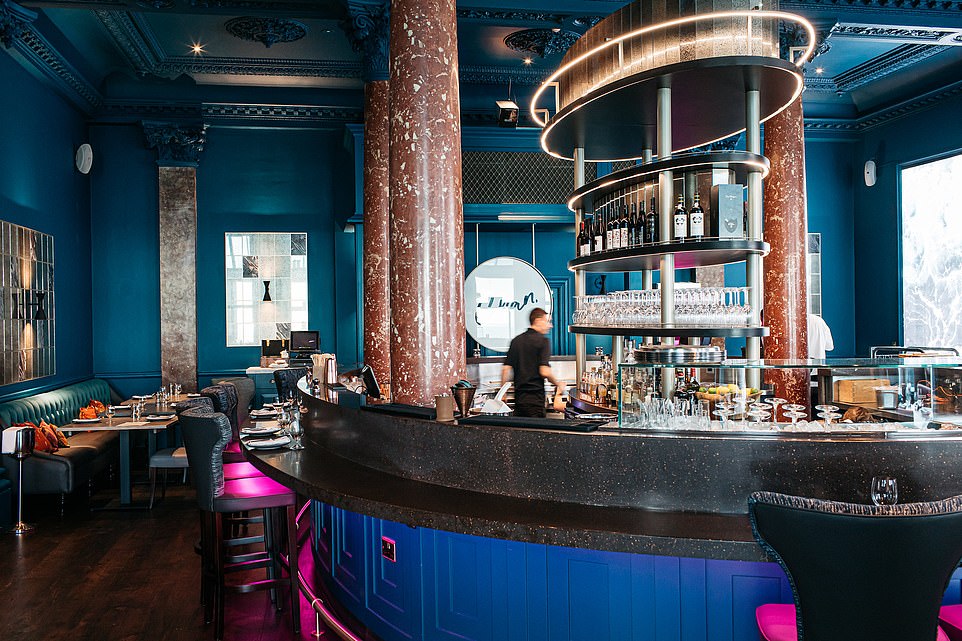 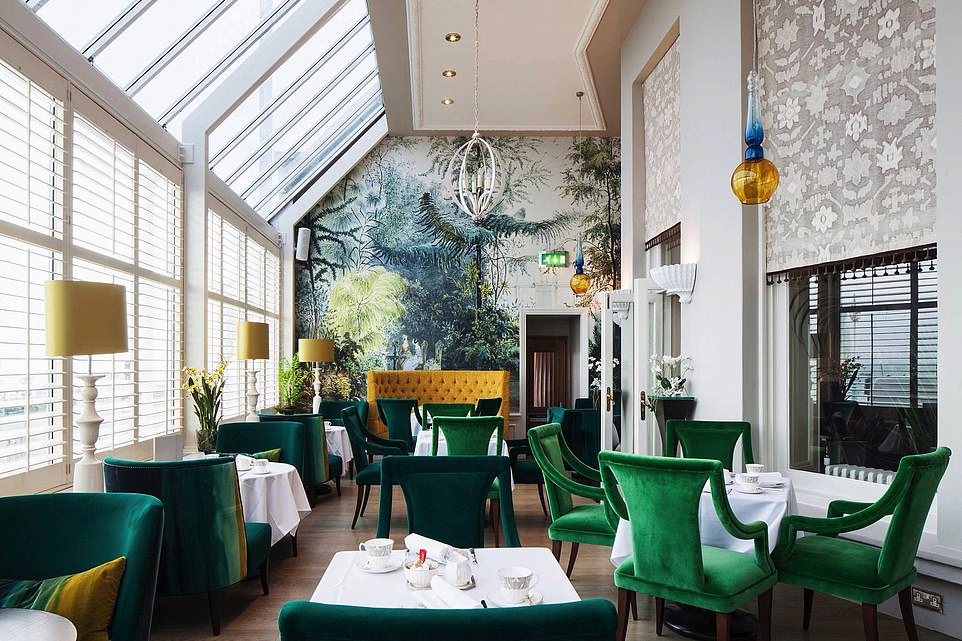 The Grand has featured in several adverts, documentaries, films and television shows, such as Only Fools & Horses and iconic Brighton cult film Quadrophenia

THE ‘VERTICAL OMNIBUS’ AND AN IRA ATTACK: THE GRAND BRIGHTON – A HISTORY

The 201-room Victorian hotel has plenty of grand features too – as its name promises. They include the impressive decorative iron balconies and balustrades at the front and on the dramatic central spiral staircase, regal pillars and a beautiful wooden bar at the hotel’s Victoria Bar and Lounge.

It sounds grand, too – thanks to delightfully creaky floorboards in the corridors.

The staff provide a few flourishes, as well, from the perky doormen in their chequered trousers and bowler hats to the bonhomie-imbued reception, bar and restaurant team.

After our sunset balcony exploits, we availed ourselves of the cocktail-making expertise on offer at the Cyan restaurant bar – I recommend the superb £10.25 ‘Travelling Light’, made from Absolut vodka, lemon juice and egg white – and took a window seat at the Cyan restaurant for oysters; cod, potatoes and asparagus; mushroom and fish risotto and a scrumptious brioche treacle tart with clotted cream.

The early morning Nespresso coffee on our room’s balcony was just as uplifting as the sunset segment, the sunny seafront peppered with joggers, cyclists and a pair of keen basketball players, but the breakfast downstairs didn’t gladden the heart in the same manner.

It was served in a vast room with eye-catching decorative wall and ceiling flourishes, but the interior designers haven’t fulfilled its potential.

The huge blinds covering the windows and non-descript tables and chairs seemed unbefitting of such a regal space. And while it was painted a homely dark blue, it was poorly lit, leaving the space feeling oddly gloomy.

It could do with a bit of uplifting finery – a chandelier or two, some drapery and table linen perhaps and definitely a screen to cover up the waiting staff’s wooden service station and its broken door.

It had the air of a cross between a motorway service station restaurant and a ballroom. And the full English I had with its run-of-the-mill sausage and bacon was a bit roadside, too.

However, we did appreciate the scope of the spread on offer – which included a good range of pastries and gluten-free options on a wooden cart – and the prompt table service of coffee, and toast served in a little wooden box. Cute.

Afterwards, we took the little one to the free beachside paddling pool, had a very nice alfresco seafood lunch at Murmur café a few yards further along and headed back to our London abode with our bucket lists ever so slightly shorter.