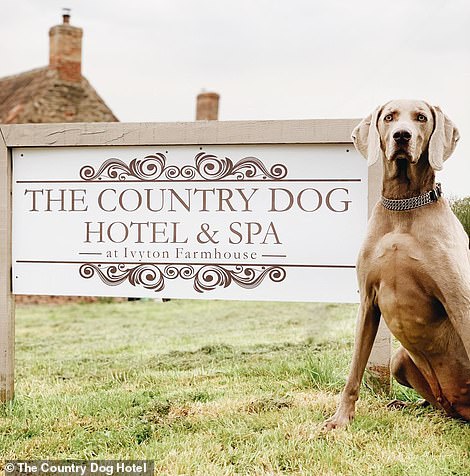 Pippin likes his comforts. And he can be picky about where he sleeps and with whom he associates. So we’re hoping he’ll have no complaints about The Country Dog Hotel, with its in-house spa, roaring log fires, outdoor cinema nights and Aga-baked goodies.

Mind you, finding a berth might be difficult because this is arguably the most in-demand doghouse in the country. Owners trek from far and wide and pay a premium so their precious pooches can have a holiday of their own.

We hear model David Gandy’s rescue pup Dora and Harry Redknapp’s bulldog Barney have stayed. Lorraine Kelly’s border terrier Angus is a regular, as well as many of the England rugby team’s dogs.

The plan is to leave Pippin, our cocker spaniel, here for five nights while my fiance and I repair to the Dolomites. The hotel, set in a large estate on top of the rolling Quantock Hills in Somerset, offers two packages: standard, which costs £50 a day, and VIP — very important pooches — at £80 a day.

Pippin, of course, opts for the VIP package. After his bag is packed with his food, blanket and favourite teddy, he’s chauffeured from his North London city pad in a Land Rover while listening to calming Classic FM.

The hotel is the brainchild of Rebecca Linnell and Michael Walton, who started the business five years ago when they realised dog owners are in the habit of spoiling their charges just as much as parents are happy to pamper their children.

‘I think it’s crucial we take that worry away by giving dogs a holiday of their own and by sending regular updates to their owners,’ says Rebecca. 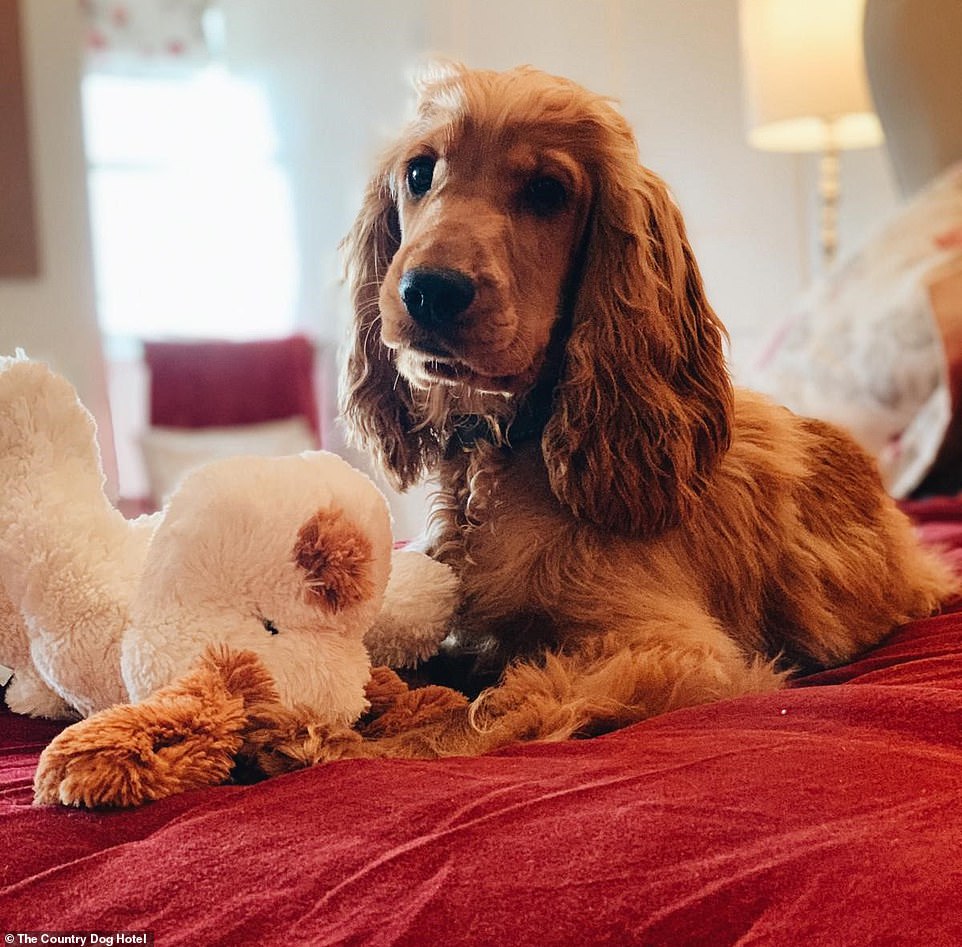 Yap of luxury: Pippin at The Country Dog Hotel. Picture and video updates come as part of the VIP package 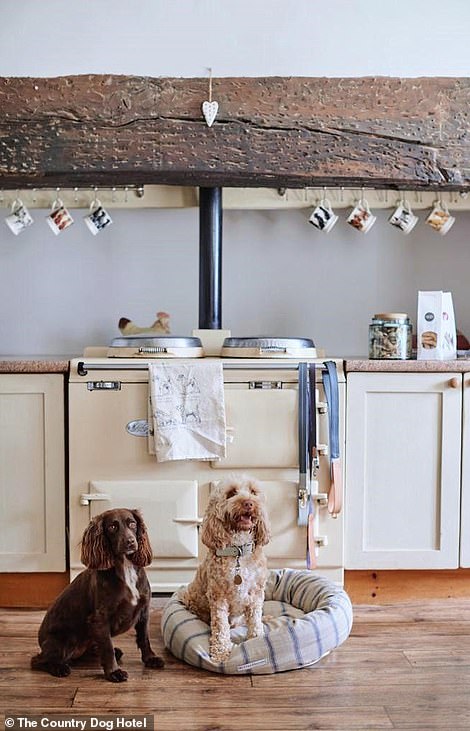 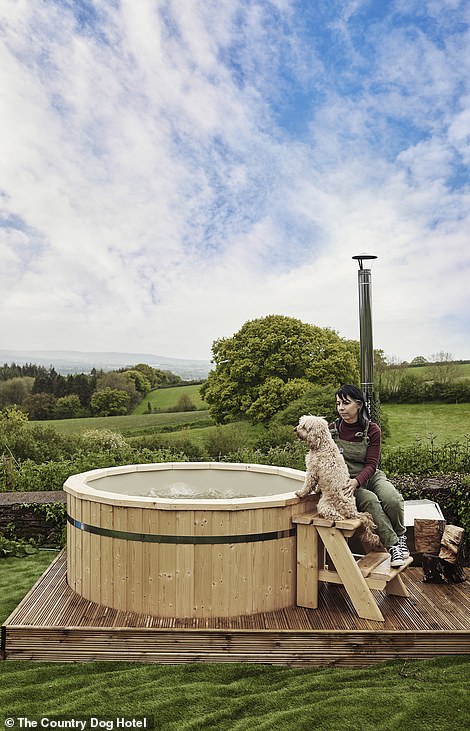 At The Country Dog Hotel, the guests (dogs) have the run of the place – and there are only ever ten at one time, with seven members of staff. Pictured right is the hotel’s doggy (lukewarm) hot tub

‘A lot of our clients are billionaires. They’re lucky enough to be able to go to the Bahamas for months on end, but they also want to give their dogs a nice break as well.’

At The Country Dog Hotel, guests (as they’re called, naturally) have the run of the place – and there are only ever ten at one time, with seven members of staff.

Crucially, before Pippin’s departure, we have several conversations with Michael and Rebecca. We discuss Pippin’s preference for sleeping by our bed and how he does not like to be left alone.

Picture and video updates come as part of the VIP package. Along with messages such as, ‘Everyone is rapidly falling in love with him and those puppy eyes’, we’re sent images of Pippin cuddled up next to the Aga in the farmhouse kitchen, romping around the windswept hills and running down the cream-carpeted hallways that look like they’ve come straight out of the pages of Country Living magazine. 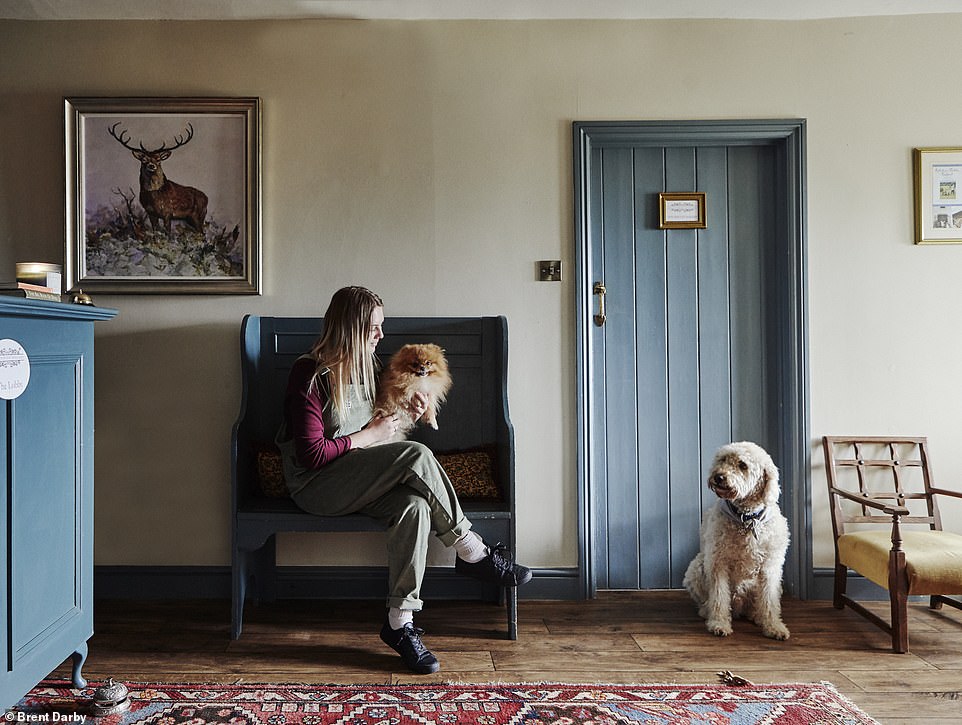 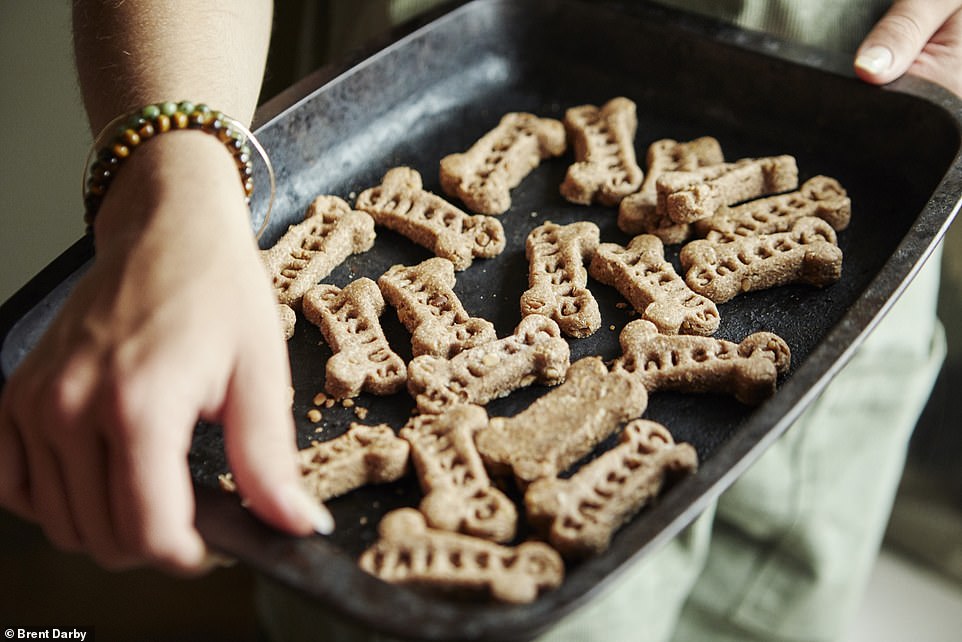 Having signed a disclaimer saying we are happy for Pippin to feature on the hotel’s social media, images and videos begin popping up on the Instagram account. One picture of him and fellow guest Margot, a beautiful wire-haired dachshund, sitting on a window box has racked up more than 800 ‘likes’.

After five nights living it up with his new chums, Pippin arrives back at our front door fluffed, combed and groomed to perfection, and smelling of sweet orange and cedarwood following a shampoo, condition and face scrub with a bottle of £15 WildWash lotion at the spa. As promised, he returns with a goody bag containing bone-shaped treats engraved with his name, which Rebecca baked that morning.

So, who had the better time on their holidays — us or Pippin? We’ll never really know, but The Country Dog Hotel seems pretty hard to beat.

For more details go to countrydoghotel.co.uk