The Queen’s mourning period will continue until seven days after her funeral on September 19. Passengers travelling on flights could be impacted.

Manchester Airport has tweeted a warning to passengers as flights could be much busier during the national mourning.

It tweeted: “Across the transport industry, services are expected to be much busier than usual throughout the period of mourning.

“Plan ahead, check before you travel and allow more time for your journey.” 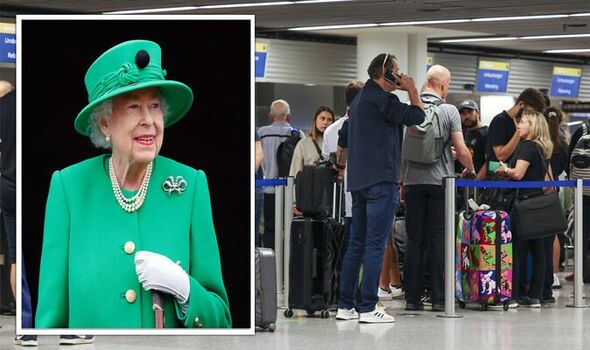 Passengers are also able to check the security wait times on the airport’s website to prepare for their journey.

Great Western Railway has also shared a travel warning on its website for passengers using its services during the mourning period.

It said: “Following the sad news about the passing of Her Majesty The Queen, the nation is now in a period of national mourning.

“It is anticipated that there will be a significant increase in people travelling into London and Windsor in order to pay their respects.”

Train companies have advised passengers that trains are expected to be very busy as thousands travel to pay their respects.

Passengers are advised to check the latest travel information before starting their journey on their website.

The Queen will Lie-In-State in Westminster Hall from 5pm on September 14 until 6:30am on the day of the funeral.

People are expected to have to queue for around 30 hours in a line that will snake along the Thames. 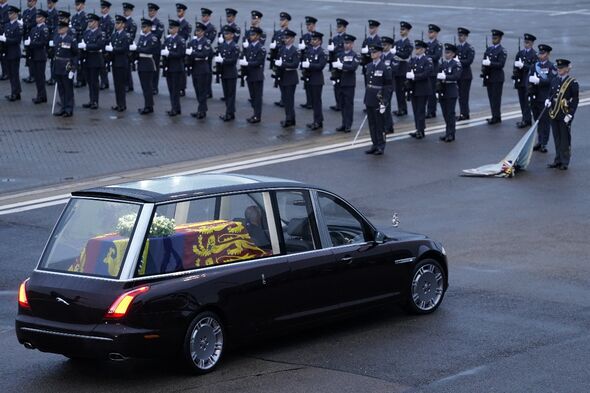 Passengers flying this weekend could also be impacted by queues as many people are expected to fly in from overseas to honour the Queen.

Many world leaders will be present at the funeral including US president Joe Biden and his wife Jill.

World leaders have been urged to fly on commercial aircraft and use public transport to ease chaos on the day.

An Australian man told the i newspaper that he paid thousands of pounds to travel to pay respects to the Queen.

Football matches, cultural events and Hackney carnival have all been cancelled due to the mourning period.

Holiday park Center Parcs upset travellers when it announced plans to close on Monday for the Queen’s funeral.

Following an angry reaction online, the park backtracked and guests due to stay on Monday will no longer have to leave.