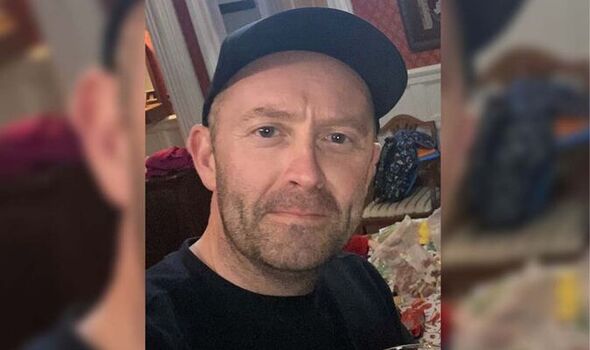 Paul Hesp, 41, from Liverpool, flew from Manchester Airport with four children and another five adults to Majorca with TUI on a £6k all-inclusive holiday.

According to the Liverpool Echo, the family got through security and passport control with no problems and their flight was only delayed by 55 minutes. However, when they got to baggage claim in Majorca, problems started to arise as Paul and his sister-in-law’s bags did not appear on the carousel.

Paul said: “We flew out on Tuesday (July, 26) and dropped cases at Manchester Airport on Monday night, thinking it’ll help them out and being aware of the issues. The flight was delayed by 55 mins but we were okay with that.

“Issue came at Majorca Airport when two of the cases didn’t appear on the baggage carousel, one of the cases in question being mine. I had packed a small number of items into our other two cases but did take a gamble.”

Paul explained that due to his ADHD he needed to iron and fold his clothes in a certain way in their own case, meaning he had almost nothing with him in Majorca. All Paul had was the shirt and shorts he had on at the time and a pair of swimming shorts.

Paul said: “In the hope the case would be with us within our possession in 24 hours, we got ourselves to our hotel. All TUI will offer is £25 per day for a maximum of three days, how mad is this? I’m on a 14-day holiday and I have to then go out and buy clothes with that pitiful amount. I’ve spent £150 on new clothes. Obviously, our travel insurance may provide extra, but that is a claim I’m yet to make – I have spoken to them to confirm how to proceed.

“I spoke to the head rep who basically told me the situation at Manchester was so broken that I needed to lower my expectations and accept the fact that this case was not going to appear for the duration of our holiday. Two weeks all inclusive £6,000 bear this in mind – I found this staggering.

“I’d bought most of the items specifically for the holiday, including ironing every single one.”

Since Paul’s case went missing he claims he has emailed, phoned and tweeted TUI and Manchester Airport every day, and said when he tried to contact Swissport, he realised they “don’t take inbound calls”. He’s also left voicemails with TUI and has not received any response.

He told The Echo: “We’ve been in resort which is now ten days and they have stopped responding to my emails now. This (the holiday) had been cancelled in 2020 due to Covid so we were desperate for it to go well. I have no definite information where this case is, if it is even in Manchester Airport or travelled on a different flight somewhere else, the head rep stated that the global package location system is also shot, so the barcode for the missing case is pretty much worthless.”

A spokesperson from TUI said: “We’re very sorry to hear about the issues Mr Hesp has had with his luggage. We are urgently investigating this with our baggage handler to find out exactly what happened and our team in the resort will be in touch with the customer as soon as possible today to help resolve the issue.”

Manchester Airport was recently the subject of a Channel 4 documentary which saw a journalist go undercover as a baggage handler. In response to the programme and claims of chaos, they said: “The whole aviation industry has faced challenges in recovering from the pandemic, but we have worked hard since the start of the year to prepare for the peak summer season. For our part, we have recruited more than 600 new staff into our security operation and nearly 300 more are due to start work in the weeks ahead.

“This means we have not had to ask our airlines to cancel large numbers of flights, protecting the holidays of more than three million people who will travel through Manchester Airport this summer. We are confident that, thanks to the progress we have made, the overwhelming majority will have a positive experience.”

They added: “We apologise to any customers who have faced disruption during our recovery, and want to thank all of our colleagues for their hard work and dedication throughout.”