Home » Travel » Travel Chaos: ‘Think this is bad, wait for the school holidays’ 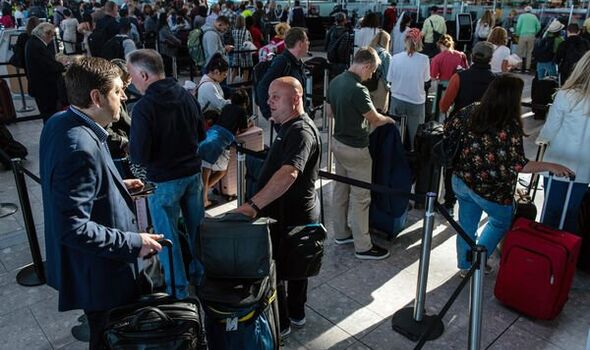 Families were forced to sleep on the floor at Heathrow yesterday, when the London hub experienced “the worst disruption we have ever seen”, baggage handlers said.

There were also long queues at Manchester Airport’s Terminal 2 and its Terminal 1 underground car park, as well as agonising waits at Bristol, Birmingham, Edinburgh and Glasgow.

The travel turmoil comes as thousands of British Airways staff – including cabin crew and engineers – have threatened to strike over pay during the school holidays.

Unions are asking more than 16,000 workers if they want to join the 700- plus BA staff at Heathrow who are set to walk out. Pilots – and even, it is claimed, cleaners – have loaded suitcases on planes to get them off the ground. And staff facing “Olympic level” strain were said to be “emotional wrecks”.

One Heathrow handler said: “If people think the delays are bad now, it is nothing compared to what is going to happen when children break up from school at the end of July and beginning of August.”

A customer tweeted yesterday: “Heathrow is a complete disorganised mess. Over an hour and counting waiting for a bus terminal transfer and the only solace is the fact that British Airways flights are seemingly always delayed.”