Home » Travel » This Is the Future of International Flight 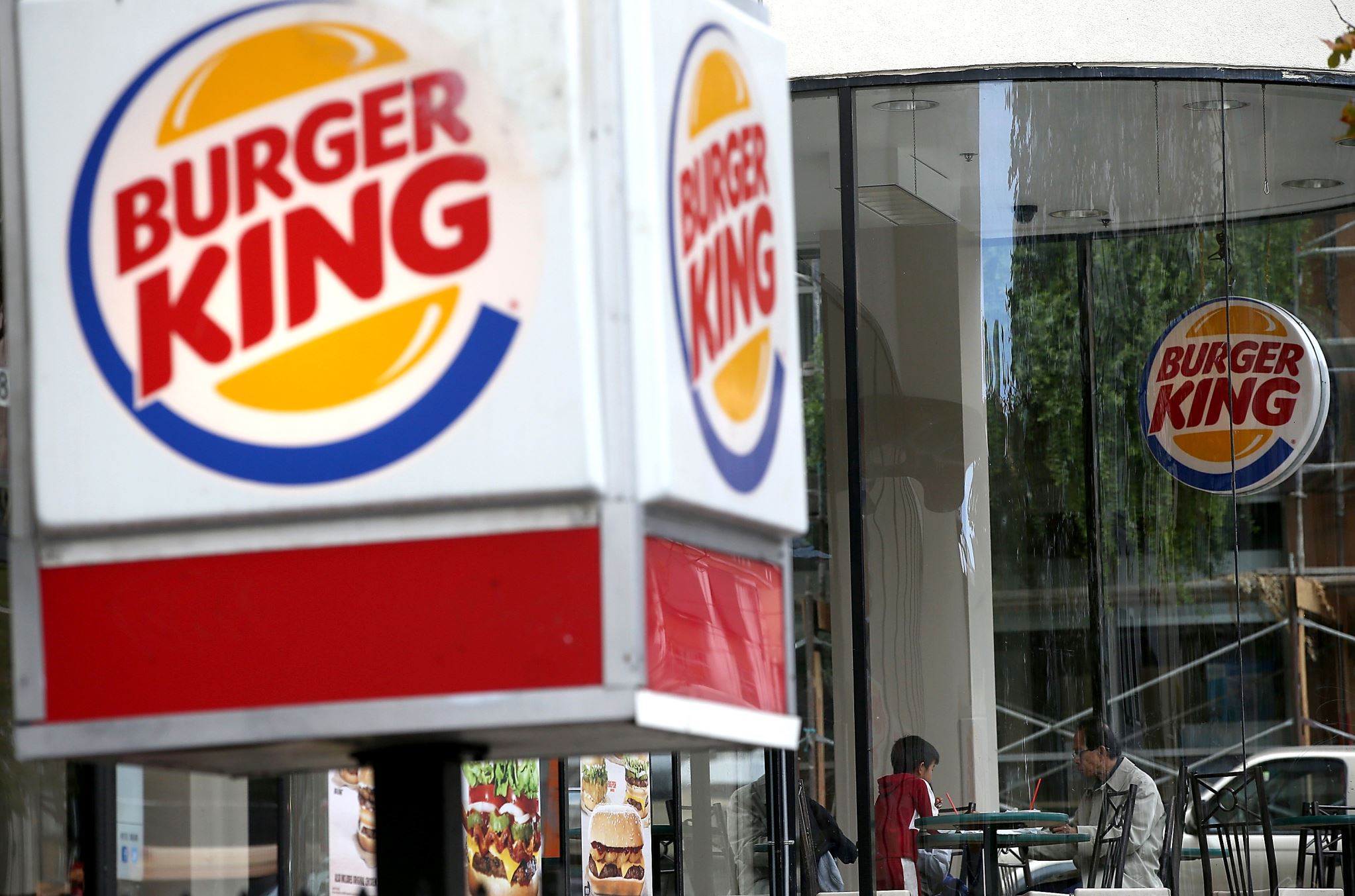 So this is the way that one of aviation’s greatest leaps of technology comes to an abrupt ending, thanks to the coronavirus:

In late April, a small crowd gathers at the edge of the airport at Alice Springs, Australia—known in Australia colloquially as simply “Alice.” It’s one of the remotest and hottest spots on this sun-cooked continent, geographically at the dead center.

Cellphone cameras are trained on the runway’s final approach over desert and tinder-brittle brush. The sheer size of the raw red landscape diminishes the size of the approaching jet, even though this is the world’s largest airliner, the whale-profiled Airbus A380, in the livery of Singapore Airlines.

The people of Alice have never seen a jet of this size here before. Normally it carries around 550 passengers, but there are no passengers on this flight. It’s the first of four A380s flown here from Singapore, on what may well turn out to be their last flights.

The airport has, in addition to being a big tourist destination, a second role—as a parking place for jets the airlines don’t need at the moment or don’t want any longer. The dry desert climate is ideal for storage – or, if the jets are being junked, they will be cannibalized for spare parts.

The four Singapore jumbos, a fifth of Singapore’s A380 fleet, may or may not fly again. Nobody can yet tell. But whether they do or not, the business model represented by the whale is now on life support. As the boss of Airbus said of the A380, “If you have a product that nobody wants any more you have to stop it.”

And one thing is for sure about the post-virus future of international air travel. Big is out—both for the airplanes and for a lot of airports.

In the U.S., the airlines’ immediate problem is how to develop health security protocols for the airports and airplanes that will convince people (and airline crews) that it is safe to resume flying on domestic routes. Beyond that, to the post-virus world, the new normal won’t involve a dramatic shift in the experience of flying within the country—the kind of airplanes you fly in, the levels of service offered.

But the same will not be true when you are heading for overseas destinations. The calamitous state of the airline business is accelerating a transformation in the international flying experience that was already beginning to take shape. For passengers, some of this is good news, and some not so good.

The good news is that, in one striking example, passenger convenience has finally coincided with the new imperatives of airline economics.

It’s been apparent for a long while that passengers much prefer direct, nonstop flights between cities to flights involving transferring at a giant hub airport to a regional connecting flight.

But for the last three decades international long haul routes have been built around the hub-and-spoke principle: flying between 400 and 550 passengers in big jets to airports that were themselves getting bigger and bigger, adding runways and terminals to meet the demand, and then dispersing them to other connections (the spokes). Since 2008 the number of international airports handling more than 40 million passengers a year has grown from three to 20.

Nonetheless, airlines always knew that it would be a lot more efficient for them (and a lot more agreeable for us) if, instead of flying us to hubs they flew direct to our final destination. For example, going from New York to Florence, one of Italy’s great destinations, involved going to either Milan, or Rome and then changing. Or to go to many Latin American cities from the U.S. involved being routed through the congestion of Miami.

What was missing was the right, smaller size of jet that would fit the lower passenger numbers for a direct flight. To maximize their profits, the airlines needed airplanes they could fill.

And this is where the good news meets the not-so-good news. For many of those nonstop flights between cities the ideal airplanes now exist—but they are single-aisle jets, new versions of either the Boeing 737-MAX or the Airbus A321.

It’s true, of course, that most passengers don’t pay much attention to what model of an airplane they are flying on. But in this case one step change in the capability of a new generation of jets is bringing about a hugely consequential change in the flying experience.

Boeing and Airbus both extended the range of their best-selling single-aisle models to make them capable of transoceanic routes—although the Airbus jets have a significantly greater range and other advantages, while the MAX models have been grounded for more than a year for safety reasons and orders for them have been canceled at an increasing rate.

The true potential for switching to single-aisle jets for long haul flights became clear when—just months before the coronavirus struck—three U.S. airlines, American, Delta and United, ordered the newest of the A321 models, the A321XLR (Extra Long Range).

This jet is 30 percent more fuel efficient than the previous generation of the A321; even more appealing to the airlines is that it has a range of 4,700 miles, which means that it can comfortably fly nonstop from many U.S. cities deep into the heart of Europe—or, perhaps more significantly, open up a whole new route map between the northern and southern hemispheres, for example from Seattle to Panama or San Diego to Lima, Peru, thereby avoiding the unloved Miami hub.

In Asia, where the hub-and-spoke routes have long controlled passenger choice, the new jets bring the opportunity for a whole raft of new city-to-city flights: Tokyo to Darwin, Australia; Singapore to Sydney, Australia; Jakarta, Indonesia, to Auckland, New Zealand; Ho Chi Minh City, Vietnam, to Brisbane, Australia. Or, looking west, from Beijing to Ankara, Turkey, and from Shanghai to Bangalore, India.

As the prospect of breaking free of hubs emerged, it became a lot more logical with the collapse of travel brought by the coronavirus. Analysts are now giving a worst case scenario for the recovery of international air travel in which it will take until the summer of 2022 to reach 80 percent of pre-virus demand. Under this kind of pressure the downsizing of jets is inevitable.

The jumbos were the first to go. Of the 66 A380s flown by Asia Pacific airlines, only two are now flying, with China Southern Airlines. The four flown to Alice Springs by Singapore Airlines will not long be alone in retirement. In Europe, Lufthansa has already announced the retirement of six of its 14 A380s. No American airline ever bought an A380.

Most of the remaining 747s are 20 years old or more and less efficient to operate than the much newer A380s; they will probably be retired en masse.

And then there is the impact on airports. Traffic through 18 hubs in Asia Pacific and the Middle East, where the recent growth of hubs has been dramatic, was down by 95 percent in mid-April, equal to losing 340 million passengers.

GALLERY: Iconic planes are disappearing from the sky earlier than planned as coronavirus wreaks airline havoc (provided by Business Insider)

The new hub at Istanbul, a vanity project for Turkey’s authoritarian President Recep Tayyip Erdogan, with the eventual ambition of being the world’s largest, is now like a ghost town. Dubai World Central, a rival project in the Gulf designed to handle 250 million passengers per year, is now dead

Singapore’s Changi was due to add a fifth terminal capable of handling 50 million passengers by 2030. That is now in doubt, as is Tokyo Narita’s plan for a third runway by 2032.

In Europe, the long disputed plan for a third runway at London’s Heathrow is certainly dead, for a combination of political and environmental reasons. Ironically, the one new airport that will open later this year because it is needed is Berlin Brandenburg which, after a nine-year delay, will replace two relics of the days when Berlin was divided by the Wall—Tegel, in the west, and Schoenfeld, in the east.

To be sure, with the four-engined jumbos gone, there will still be the two-engined widebodies for long-haul flights where there are the largest numbers of passengers. Depending on demand, they will be flying both through the hubs and on nonstop inter-city routes.

And it’s important to know that which of these jets you choose to fly on can make a tangible difference to the comforts of a long haul flight, particularly the impact of jet lag. The most advanced of the widebodies are the  newer versions of the Boeing 777, the Airbus A350 and the Boeing 787 Dreamliner.

For passengers a forthcoming and largest version of the 777, and the A350 and Dreamliner all have the virtue of a superior cabin climate, with markedly less dry air that can greatly ease the toll of jet lag, as well as more individual control over lighting. This is a quality that both of the single-aisle jets lack, which means that, say, spending up to eight hours in an A321 will be a lot less comfortable.

But when it comes to the actual personal space in the cabin, the room—or lack of—that you pay for, the choice between the single-aisle or widebody is not always clear.

For example, in coach a Dreamliner normally has nine seats per row, in blocks of three. That gives you a seat width of 17.2 inches. In an A321, where coach is always six per row, three each side of the aisle, and the cabin is actually seven inches wider than the rival 737, the standard seat width is 18 inches, a small but noticeable difference.

But, whatever the airplane, there won’t be much difference in the seat pitch, the space between one seatback and the next, where the airlines mostly offer only 30 inches of pitch in coach, although these sardine-can dimensions get noticeably better in premium economy, where the seats also offer reasonable recline.

The part of the cabin the airlines most care about, because it generates far more profit than coach, is business class. And they will be anxious to win back these frequent fliers, many of whom have suddenly discovered that meetings conducted over Zoom are as effective as those across a table.

The airline that pioneered widebody-standard flat beds in single-aisle business class on coast-to-cost routes, Jet Blue, with its Mint cabin in its fleet of new Airbus A321s, was planning to begin flying to Europe from New York and Boston by next year, with an upgraded version of Mint at prices designed to undercut the legacy airlines like British Airways and American.

That development will probably be delayed by the financial pressures of the moment, but it is an inevitable precursor of welcome competition to come on long haul flights, as many passengers on those routes will have to get used to sitting in the tube of single-aisle cabins rather than a widebody.

The jumbos eliminated the claustrophobia of the tube. The extra space, inherent in the sheer size of the airplane, came with other advantages, like generous luggage bins and larger exit doors. However artful the airline cabin designers are with the single-aisle jets, using trompe-l’oeil tricks to make them seem more spacious than they are, it is the spatial qualities that we will really miss as these mammoths of the species gradually disappear.

The A380 has had a relatively short life. It first flew passengers in 2007. Airbus ended production after selling only 250, each one at a loss, and 115 of them went to one airline, Emirates. The 747, in successive versions, has been with us for more than 50 years, and it pioneered affordable long haul air travel for many millions of people.

Read more at The Daily Beast.

WATCH: The surreal experience of flying during the pandemic (provided by The Washington Post)