Travel the world without leaving Britain: These UK tours allow you to experience the thrill of globetrotting -and you don’t even have to step on a plane

Fancy the Alps? Try the Peak District instead. Keen for Kenya? Head for the Scottish island of Kerrera. Repeated restrictions on foreign travel — lockdowns, closed borders, pricey Covid tests — have seen staycations become more popular than ever. And tour operators have responded.

With foreign climes tricky to reach, new domestic adventures have been dreamed up. Here are some of the best… 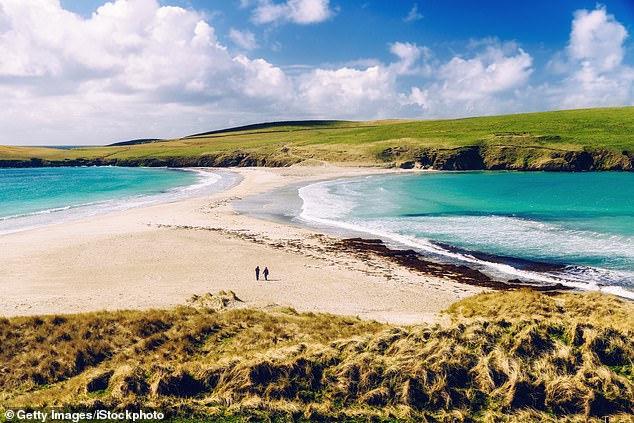 Beach beauty: Visit St Ninian’s Isle in the Shetlands (pictured) instead of island-hopping in the Mediterranean 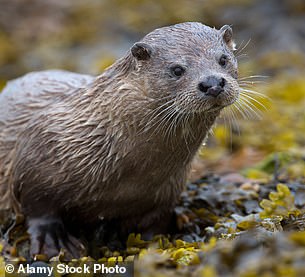 A local otter in the rugged Shetlands, which is also home to ponies and puffins

Mysterious henges and a 5,000-year-old village await on the Orkneys, while the rugged Shetlands are home to ponies and puffins.

How to do it: Six nights from £1,185 pp B&B with flights from Glasgow or Edinburgh, transfers, entrance passes, a boat trip and car hire (kuoni.co.uk).

OUT OF SORTS WITH AFRICA? GO ON A SCOTTISH SAFARI 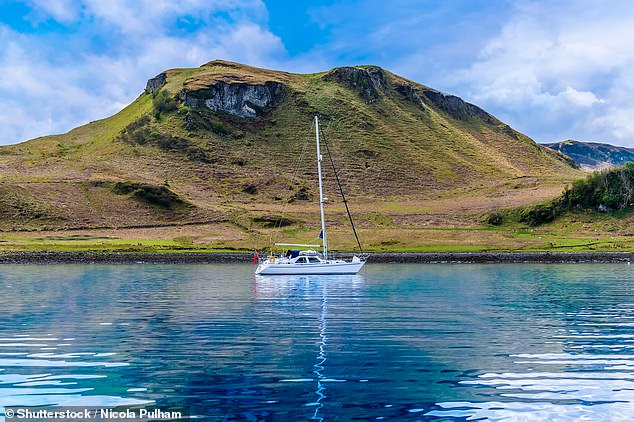 Hike on the quiet Scottish island of Kerrera, pictured above, in search of sea eagles

With trips to the plains of Africa difficult for now, try Scotland’s West Coast for a safari of a different kind.

Visit a beaver-reintroduction project and hike on the quiet island of Kerrera in search of sea eagles.

How to do it: Four nights from £1,872 pp B&B with transfers from Fort William and four lunches (ganeandmarshall.com). 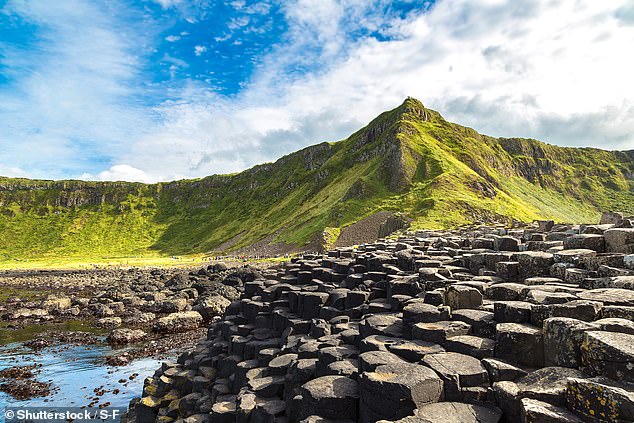 Ditch the Andes for Antrim, which boasts famous sights such as the Giant’s Causeway, pictured above

On this self-guided tour of County Antrim’s coast and glens, famous sights such as the Giant’s Causeway’s 40,000 hexagonal columns and the Carrick-a-Rede rope bridge impress alongside lower-profile pleasures, including bird-rich Rathlin Island and Fair Head’s sheer cliffs.

How to do it: Seven nights from £979 pp B&B including route notes, luggage transfers and taxis (headwater.com).

WANT A TASTE OF THE ALPS? PLUMP FOR THE PEAKS 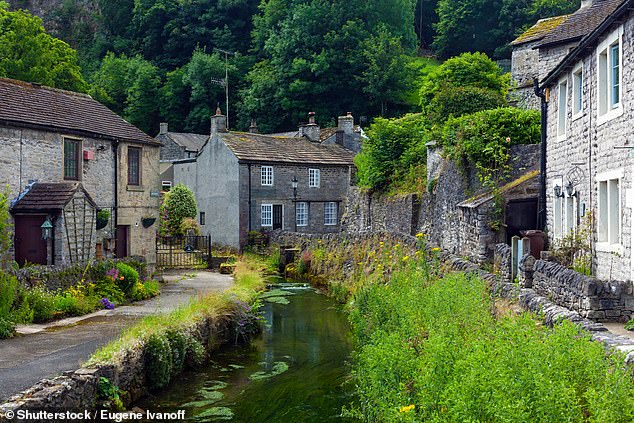 With sweet treats and friendly local pubs, the Peak District is ideal for a quick family break. Intrepid’s new small-group trip is based in Castleton, a traditional stone-built village below 1,696ft Mam Tor.

After striding along Hope Valley, you follow the River Derwent past farms, old sawmills and tumbledown chapels to Bakewell, for a jam-laden tart. The final day involves a National Trust estate’s moorland and babbling brooks. Stay in a family-run B&B, with a beer-tasting for the grown-ups.

DESPERATE FOR DANES? SADDLE UP IN SUFFOLK 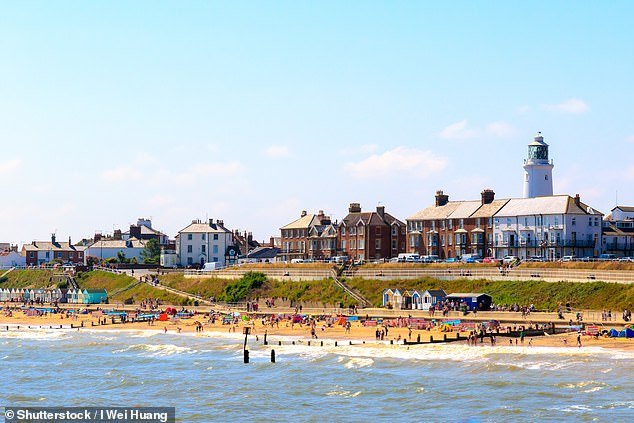 Southwold, pictured, is a well-to-do resort town with a lighthouse, pier and beach huts

Following often flat, traffic-free lanes, this self-guided trip allows for leisurely exploration of it all as a day of relaxation follows each stint of pedalling. This allows ample time to sail to Orford Ness’s nature reserve, or investigate Aldeburgh’s shops. Your final stop is Southwold, a well-to-do resort town whose lighthouse, pier and beach huts are complemented by Adnams brewery.

How to do it: Eight nights from £1,495 pp B&B with route notes, bike hire and luggage transfers (the-carter-company.com). 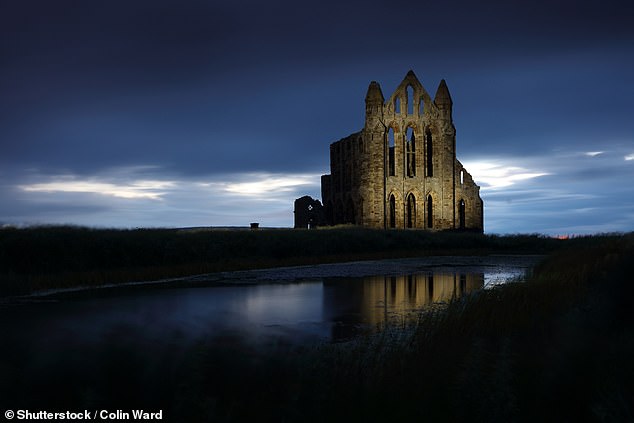 Take to the tracks on the North Yorkshire Moors Railway, exploring the North York Moors and Yorkshire coast while basing yourself in Whitby — where novelist Bram Stoker was inspired by the eerie ruins of the abbey during the writing of Dracula. No need to fly to Romania!

How to do it: Five days from £369pp half-board including hotels and trains (shearings.com). 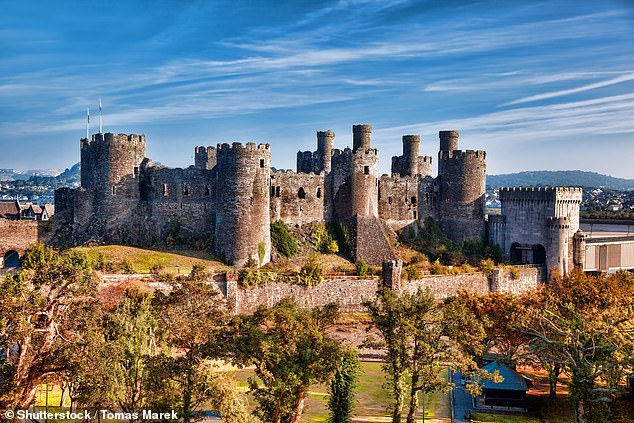 Snowdonia majors in mountain railways: narrow-gauge charmers that navigate the rugged region, affording tremendous views from the comfort of a warm carriage.

Based in seaside Llandudno, a new group tour features trips on the Welsh Highland, the Ffestiniog and Snowdon Mountain Railways. In between you’ll be led around Caernarfon and Conwy’s 13th-century castles. The trip finishes with dinner at Dunoon Hotel’s two-AA Rosette restaurant.

How to do it: Five nights from £545 pp half-board with rail tickets, transfers and entry fees; available April 12 to October 18 (greatrail.com). 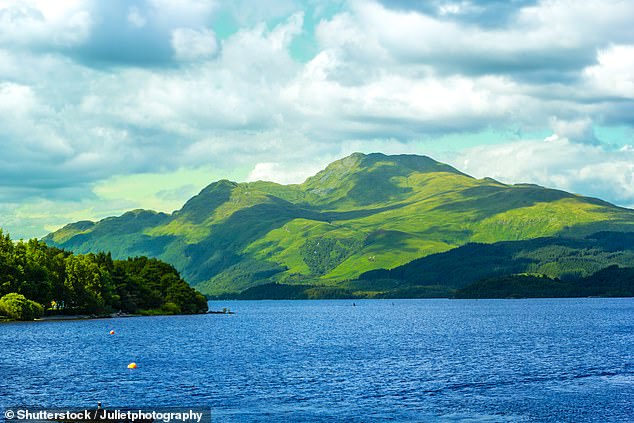 Loch Lomond, pictured, is just one of Scotland’s beautiful lochs to explore on a driving tour of Britain

Next comes central Scotland’s lochs and glens, and lastly, on the return, Yorkshire — staying at acclaimed spa-hotel Grantley Hall. Consider hiring a classic car for the duration.

How to do it: Nine nights from £2,250pp B&B including route notes (abercrombiekent.co.uk).

Take to the saddle for new three-and-a-half-hour guided cycling tours around sites connected to The Beatles in Liverpool, including Penny Lane. You ride on e-bikes; tickets from £37 (liverpoolcycletours.com).

Check out an exhibition of Late Constable at the Royal Academy of Arts in London from October 30 to February 13, 2022 covering the artist’s paintings from 1825 to 1837 and his growing fondness for watercolours; tickets from £19 (royalacademy.org.uk).

Coventry is this year’s UK City of Culture — enjoy a series of shows including stand-up, music, art exhibitions and poetry (coventry2021.co.uk).

The first retrospective of the works of the talented artist John Henry Lorimer (1856-1936) will be held from November 6 to March 20 at the City Art Centre in Edinburgh; entrance free but must book (edinburghmuseums.org.uk).