TripAdvisor has announced the winners of its 18th annual Travelers’ Choice Awards, highlighting the top airlines, attractions, beaches, destinations, hotels, restaurants and experiences around the world based on the quality and quantity of traveler reviews collected last year prior to the COVID-19 pandemic.

The travel platform also introduced a pair of new categories this year in Most Saved Hotels and Boutique Luxury Hotels, recognizing a whopping 4,817 unique businesses overall in 2020.

When it comes to the friendly skies, it appears that travelers continue to value transparency, affordability and efficiency as Southwest Airlines was named the best airline in the U.S. for the third consecutive year while Brazil’s Azul was named the number one carrier in the world, followed by Singapore Airlines and Korean Air.

Perhaps unsurprisingly, Europe dominates the top of the popular destinations category, with London; Paris; Crete, Greece and Rome featuring in the top five along with Bali. In the U.S., New York City; Hawaii; Las Vegas; Orlando and Chicago were honored among TripAdvisor’s Best of the Best for popular destinations while Key Largo, Florida; Moab, Utah; Florida’s Anna Maria Island; Santa Barbara, California and Brooklyn, New York were determined to be the top trending destinations of 2020.

Brazil landed two places—Porto Seguro and Gramado—in the top five for the world’s most trending destinations, which saw Kochi, India take the top spot this year, followed by Luzon, Philippines and Porto, Portugal.

According to TripAdvisor reviews, the world’s leading emerging destinations this year are far from the beaten path. Kaliningrad, Russia; Saranda, Albania; Beirut, Lebanon; Luxor, Egypt and Naoussa, Greece round out the top five. Meanwhile, Tulsa, Oklahoma was the highest-ranking U.S. destination in 13th. 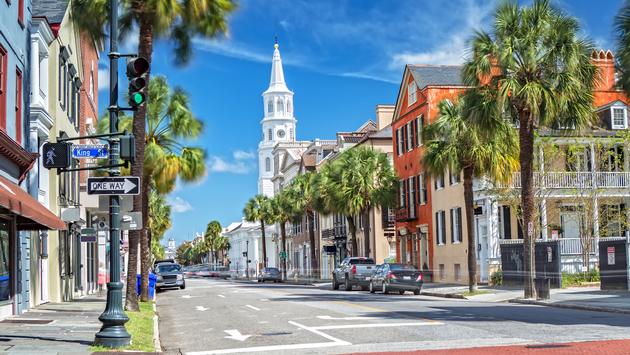 As soon as COVID-19 travel restrictions are lifted, foodies will want to flock to France to try two of the world’s best restaurants. Auberge Du Vieux Puits in Fontjoncouse and La Ville Blanche in Rospez rank first and second in the world, respectively, according to TripAdvisor reviews, which also found The French Laundry in Yountville, California and New York City’s Daniel to be the two best fine dining options in the U.S. Finally, Miami Beach is the place to go for award-winning everyday dining, with Italian restaurant Pane & Vino and the 11th Street Diner topping off TripAdvisor’s list.

“This has been a tough year for our industry, but the global desire to go and explore, whether the destination is an hour away or across the world, remains strong. We’re passionate about guiding travelers to the good out there, especially the good found within these recognized hotels, restaurants and airlines that rise to the occasion in offering the best of the best,” said Lindsay Nelson, chief experience and brand officer at Tripadvisor, in a statement. “The Travelers’ Choice program is one way that travelers and diners can benefit from the real-life experiences of other people so they can plan their perfect trip that meets their needs, budget and style.”

Visit Tripadvisor.com/TravelersChoice to view a complete list of this year’s winners.