Areas of Spain may soon be subject to mandatory stay at home lockdowns following a huge rise in coronavirus cases. Various areas of the country have been put into local lockdowns since the country emerged from its nationwide shutdown in the spring and early summer.

The number of coronavirus cases in Catalonia soared to 1,293 in the last 24 hours on Thursday, the highest since May 18, and around 840 of these are in Barcelona.

Spain has been one of the hardest-hit nations in Europe with more than 28,400 deaths in the pandemic.

It emerged from a strict lockdown on June 21, but since then has seen 170 outbreaks around the country, prompting authorities to impose a series of restrictions to try to stymie the spread of the virus. 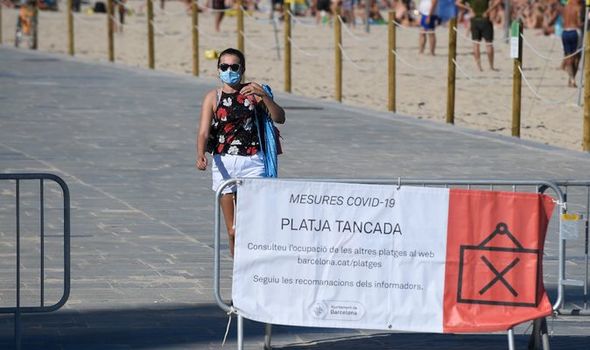 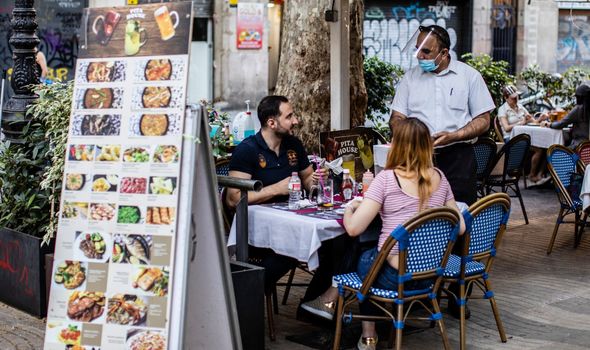 Is Barcelona in lockdown?

As a result of outbreaks in Catalonia, up to 96,000 residents of three Catalan towns near Barcelona have been ordered to stay at home.

Resident’s of Barcelona have also been advised to leave their homes only for essential trips.

Alba Vergés, the Catalan health minister, told a press conference: “We recommend that people do not move around unless it is essential. 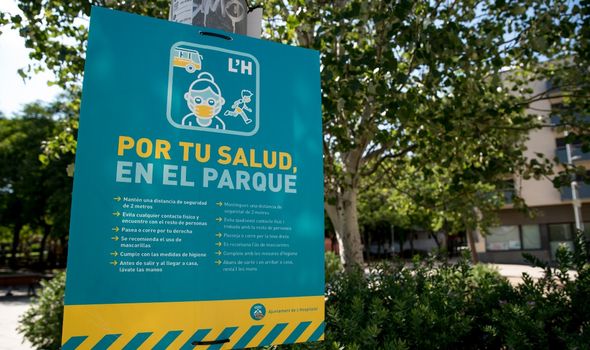 “It is very important to respect these measures now, it’s the best way to avoid a lockdown.”

Hospitality venues such as cinemas and theatres closed on Friday evening, but bars and restaurants remained open for business.

Visiting those who live in care homes is also being discouraged.

Local authorities in Spain have been given the power to take emergency measures, such as closing beaches and imposing curfews, if necessary.

Despite this, beaches in Barcelona still reached capacity over the weekend.

Police patrolled Barceloneta beach and closed it off to new bathers on Sunday afternoon after it became overwhelmed.

Dr Jacobo Mendioroz, the region’s COVID chief, told a Spanish radio station the next step will be mandatory home confinement.

Around four million people live in Barcelona, and it is one of Spain’s most popular destinations, along with the Costa del Sol. 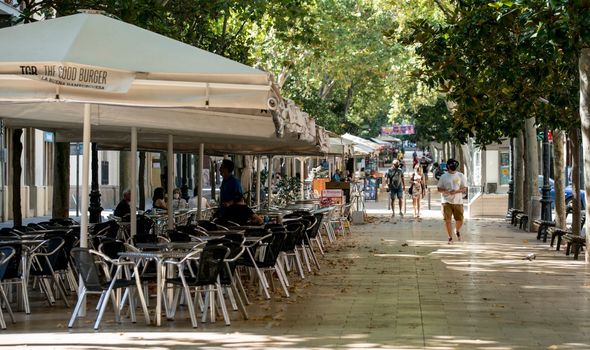 Currently, the Foreign and Commonwealth Office has not reversed its decision to lift the travel advisory on Spain.

According to The Telegraph, a Government source told the paper the position is being assessed by embassy staff and the Spanish authorities, but imminent change is not expected.

Many will remember looking on in horror as Spain’s death toll rose sharply over a number of weeks as the country tried to fight the virus.

The new restrictions come barely four weeks after Spain ended its state of emergency when its 47 million residents were subjected to one of the world’s toughest lockdowns.

It began one of the worst outbreaks in Europe, alongside the UK and Italy.