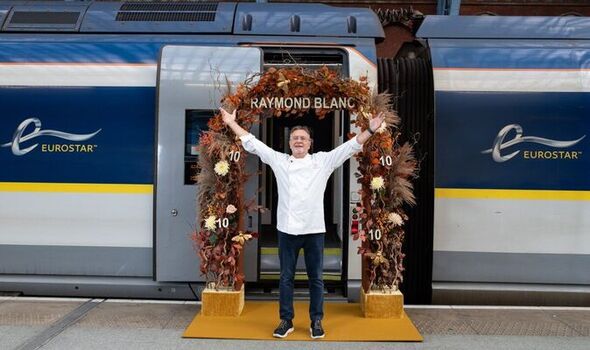 Nearly a quarter (23 percent) have a “wish list” of restaurants they’d like to visit one day, and 28 percent dream of visiting a Michelin starred eatery.

When travelling, 36 percent feel that trying local, independent restaurants provides the most “authentic” experience of a region’s food.

And one in three (33 percent) will check out if the restaurant is filled with locals when deciding where to dine while away.

The research was commissioned by Eurostar to mark its 10-year anniversary partnership with celebrity chef, Raymond Blanc.

The study also found 41 percent even claimed they’d be willing to travel hundreds of miles to track down the “perfect” meal.

And 42 percent believe they’re more adventurous with their food choices when they’re away from home and surrounded by culinary temptation.

Further to this, prior to going on a trip, 42 percent “fantasise” about the food they’ll get to eat when they’re finally away, according to the OnePoll data.

More than half (55 percent) further underlined their fascination with food by revealing that their idea of fun is learning about international cuisine – like how it’s prepared, and where it comes from.

And to highlight the influence of social media further when it comes to eating abroad, nearly a third (31 percent) revealed that Facebook is their main source of inspiration when choosing restaurants to visit.

A spokesman for Eurostar said: “Like many of those polled, we’re passionate about food, and have demonstrated that through our partnership with one of the world’s greatest chefs.

“To celebrate, Raymond has curated a special sustainably-sourced menu for 10,000 of our Paris to London Business Premier passengers, which will be available until November 23rd.”