Home » Travel » Portugal holiday: Do you have to self isolate if you go to Portugal? UK on brink of deal

Portugal is a popular holiday destination for Britons. Government officials are in talks with Portugal to create an air-bridge which would enable Britons to enjoy a summer holiday abroad. Express.co.uk takes a look at what this means for you and your holiday plans.

Portugal declared a state of emergency on March 18.

As of April 30, the Portuguese Government announced the transition to a state of public calamity and the implementation of a three-stage de-escalation plan to gradually ease current confinement and mobility measures.

Starting from May 4, each stage of the plan will last two weeks. 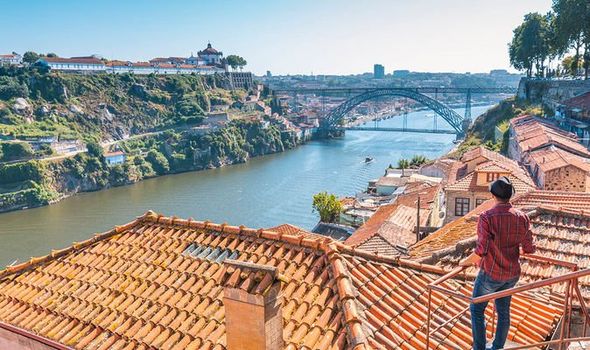 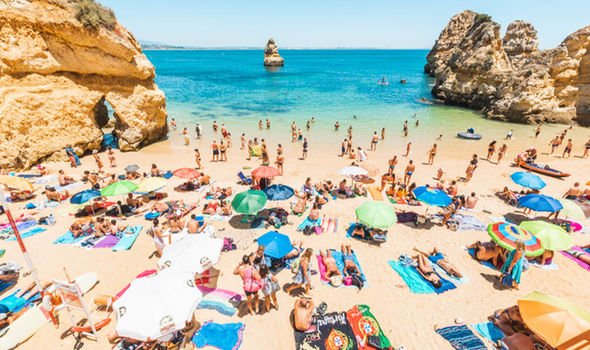 The Foreign Commonwealth Office travel advice page reads: “As countries respond to the COVID-19 pandemic, including travel and border restrictions, the FCO advises British nationals against all but essential international travel.

“Any country or area may restrict travel without notice.

“If you live in the UK and are currently travelling abroad, you are strongly advised to return now, where and while there are still commercial routes available.

“Many airlines are suspending flights and many airports are closing, preventing flights from leaving.” 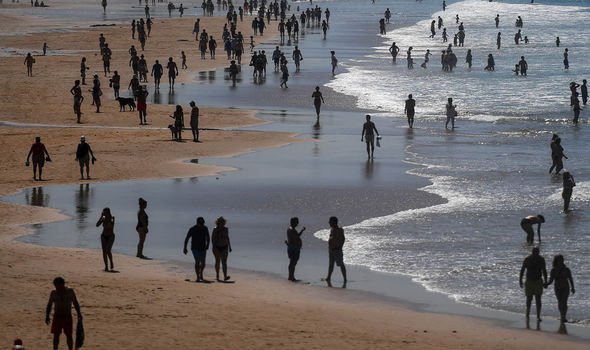 However, the Government is now in talks with Portugal about creating an air bridge which would enable holidaymakers to avoid having to self-isolate upon their return.

The air bridge would allow people to visit the country without quarantining for 14 days upon their return which will be the rule from June 8.

It was revealed this week a restriction-free travel deal could be brokered with the Portuguese before any other country when the blanket quarantine measures are eventually relaxed.

Other countries including Greece have expressed interest in striking a similar deal to enable UK visitors this year.

Currently, from June 8 all visitors from countries outside the UK must self-isolate for 14 days.

Failure to comply with these rules risk a fine of £1,000.

This risk and the global pandemic will likely prevent many Britons from travelling abroad.

However, the Government is working on plans to ultimately relax its restrictions in favour of more focused “air bridges” which would allow Britons to travel to and from countries with low coronavirus rates and avoid quarantine.

The quarantine in place for other countries will be reviewed at the end of June and then every three weeks after that time. 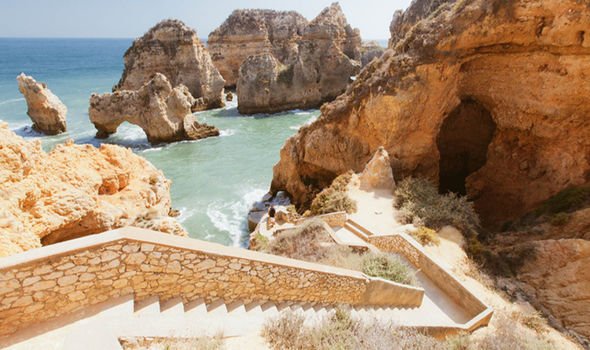 Portugal has confirmed 31,007 cases of coronavirus since the outbreak began, of which, 1,342 people have died.

It said: “Given the relevant reciprocal interests, the foreign ministry is confident that it will be possible to agree a solution that meets these interests, especially concerning the coming summer season.”

Several airlines have announced tentative plans to ramp up their operations from July.

Ryanair confirmed on Tuesday it would operate around 1,000 flights a day predominantly around northern Europe from July 1 which is equivalent to 40 percent of its total schedule.

Easyjet is due to resume flights from UK airports from June 15, but the only international route will be between Gatwick and Nice, France.

Travel company TUI is planning to resume flights to main holiday destinations in Europe by the end of June.

British Airways has said it is planning a “meaningful return to service” in July, subject to restrictions being eased.

Jet2.com and Jet2holidays have announced plans to resume flights and holidays on July 1.