Home » Travel » Norfolk hotel review: The Inspector steps inside The Harper in Langham

The Inspector calls at the new Harper hotel on Norfolk’s prized northern coast, which he says feels like a ‘snazzy golf club’

The Harper is part of a modern housing development in the village of Langham, near Holt, on Norfolk’s prized northern coast.

All the buildings — mainly let to holidaymakers — look dispiritingly identical and it’s hard to imagine that Langham’s glass-blowing factory once was here.

The hotel opened on May 17, nearly two years later than planned. First, both the hot and cold taps were pushing out hot water, and then Covid struck. 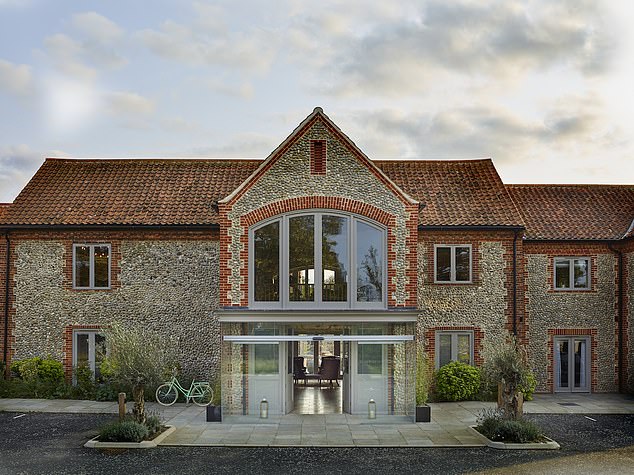 The Harper in Langham has 32 rooms, as well as a pool and spa running down one side

But owner Sam Cutmore-Scott and his family stuck at it and the place seems to be doing a roaring trade. All 32 rooms are booked on a Monday evening. It’s a mixed crowd; young couples, retirees, family groups.

Best part is the large, enclosed courtyard at the back of the building, with the pool and spa running down one side. Various woodburners give off the whiff of glamping living. Our room (£210 b&b) has a contempory four poster, two leather armchairs and the fridge is stocked with a couple of complimentary cocktails.

‘What on earth is the advantage of that?’ I ask a member of staff. 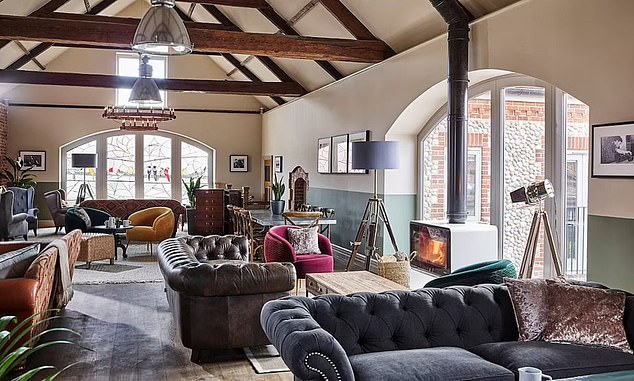 ‘The Harper is still getting into its stride,’ writes The Inspector. Pictured is the hotel’s lounge

‘None really and it is something we are looking at,’ he says. Look and get rid.

The bar is downstairs with a room next to it housing a billiards table, and the bare-brick restaurant is upstairs. It’s all shiny new and reminds me of a snazzy golf club which can be rented out for ‘functions’.

My wife’s cod is hardly cooked at all. When we point this out, the waitress says it will be no trouble to make another. But the moment has passed.

I get on much better with my whole seabass and then we polish off some delicious vanilla ice cream.

The Harper is still getting into its stride. It will do brilliantly in summer and seems ideal for families with young children. And perhaps it needs to be bashed about a bit. Despite all the efforts, you still feel you’re in the hands of a developer who, presumably, has made his corn and moved on.