The arrival of “travel corridors” between the UK and other countries was met with delight from those hoping for a holiday abroad this summer. But since the Foreign and Commonwealth Office (FCO) released the list of countries exempt from its advice against non-essential travel in July, a number of countries have since been removed from the list. The Government has made it clear this is necessary to help reduce the risk of coronavirus cases increasing in the UK again.

What is the current FCO advice for the Netherlands?

As of August 10 the Netherlands is exempt from FCO advice against non-essential travel, meaning people do not currently have to self-isolate for two weeks after arriving back in the UK.

From July 10, people travelling to the Netherlands from the UK are no longer advised by the Dutch government to self-isolate for 14 days upon arrival.

However, this advice is with the exception of travellers from Leicester, who are strongly advised to self-quarantine for 14 days on arrival in the Netherlands.

Like all nations at the moment, the Netherlands has extensive measures in place to prevent the spread of COVID-19. 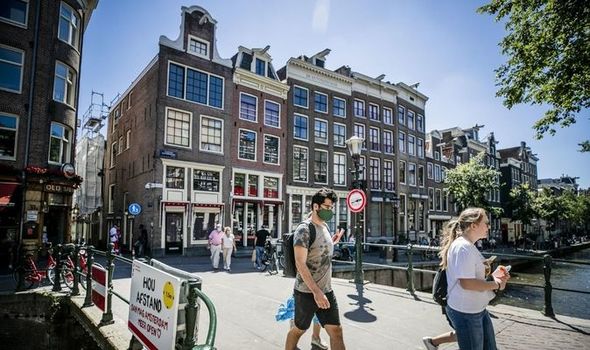 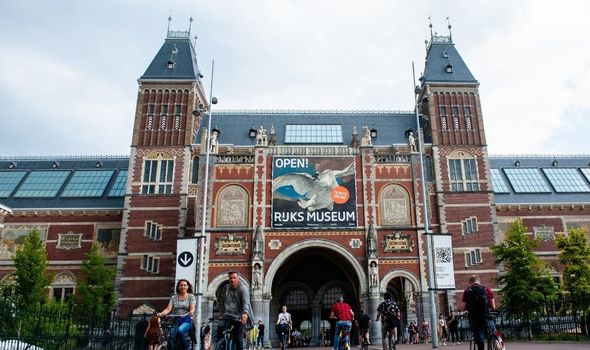 This includes the compulsory wearing of non-surgical face masks on public transport for people over the age of 13.

This advice also applies to other shared forms of transport such as taxis and coaches, as well as airports and ferries.

In the Netherlands people are required to stay 1.5 metres apart from other people.

There are also additional rules on face masks in the cities of Amsterdam and Rotterdam in some public places.

People travelling to the Netherlands will also be subject to the country’s entry requirements. 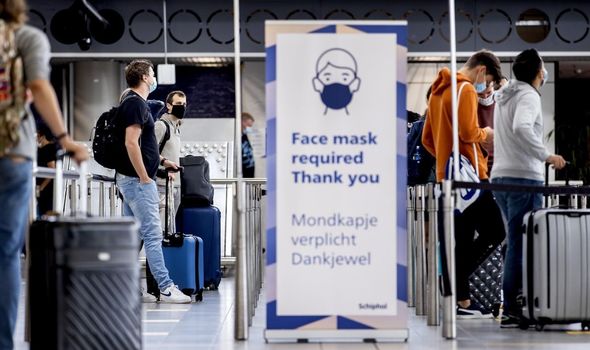 Could the Netherlands be added to the UK quarantine list?

There is some concern for the rising number of coronavirus cases currently being recorded in the Netherlands.

The country’s National Institute for Public Health and the Environment issued a weekly covid update for July 29 to August 4, which stated that 2,588 new COVID-19 infections were reported over the past week.

The recent figure is 1,259 more than the number of confirmed cases reported last week, and 795 more than was recorded the week before that.

This week the UK Government is expected to review the countries exempt from the FCO advice against non-essential travel.

Boris Johnson recently indicated nations will be taken off the list if coronavirus cases are deemed too high in a country.

Mr Johnson said: “I don’t want to advise people about their individual holidays, individual decisions, they should look at the travel advice from the Foreign Office clearly.

“But what I will say, and I hope people would expect us to do this, in the context of a global pandemic, we’ve got to keep looking at the data in all the countries to which British people want to travel. 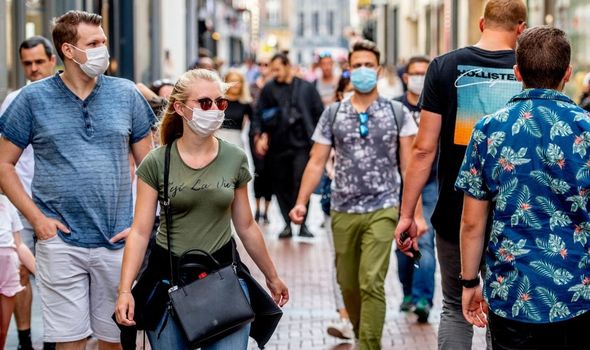 “Where it is necessary to impose restrictions or to impose a quarantine system, we will not hesitate to do so.

“It’s been a huge effort for the entire population of this country to get the disease down to the levels that we are currently seeing, but we do not want reinfection and that’s why we’ve got to keep a very, very close eye on the data in destinations around the world.”

The UK could follow the suit of other countries, such as Finland, which has now removed the Netherlands from its quarantine-free travel list.

Paul Charles, CEO of travel PR consultancy The PC Agency, wrote in the Telegraph the Netherlands could be removed from the FCO exemption as early as this week.

Mr Charles said: “Other European countries are on the verge of being added later this week too – the Netherlands, Switzerland, Poland and Malta in particular.

“The rates in Portugal and Sweden remain stubbornly high, meaning these two countries probably won’t see quarantine relaxed much before the end of August, dashing hopes of a late summer season.”