From colourful bars to electrifying stories and personalised books, Neil Simpson reveals how to explore the world from home.

A favourite from Europe And Us is the story of ‘fairy-tale chateau’ Waddesdon Manor in Buckinghamshire, where Queen Victoria was fascinated by ‘new’ electric light switches in 1890. 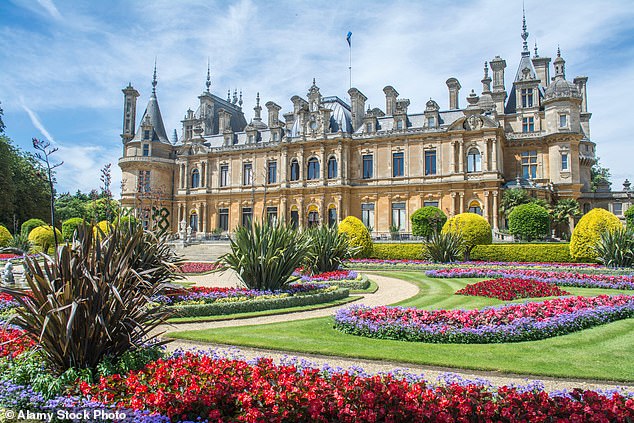 Switched on: Waddesdon Manor in Buckinghamshire, which intrigued Queen Victoria

What does the most colourful bar in Athens have in common with the tastiest treat in Vienna? And what do the truffles of France share with the finest olive oils of Croatia?

They’re among dozens of hidden gems and culinary secrets normally unveiled by tour guides with Viking River Cruises. But while its cruises are on hold, you can now follow its experts from home in a series of bite-sized ‘Local Life’ documentaries on Viking.tv. 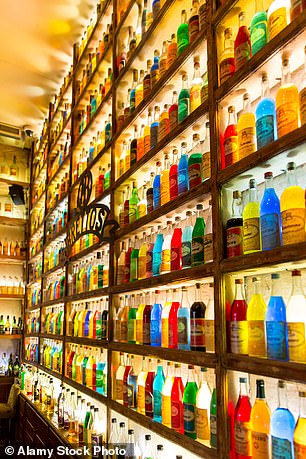 Brettos bar in Athens, famed for its colourful bottles

In Greece they take us to Brettos, the ouzo bar where colourful bottles have shone from high shelves for more than 100 years.

In Vienna it’s the story of the rich chocolate sachertorte and the creamy pastries of the neo-baroque cafe Demel.

Add mini-travelogues about France, Croatia and more to the mix and it’s easy to spend hours exploring the world with Viking guides and expert guests.

Parents wanting to keep their children’s love of travel alive can do so with a personalised My Search And Find World Trip book from Librio.com. Your child’s name is on the cover and the main character resembles them.

They then have to search for objects hidden among pictures ranging from the Great Barrier Reef and the canals of Venice to the frozen landscapes of Greenland.

Few of us are lucky enough to fly in a first-class cabin, but it is possible to bring some perks home. Take a look at the pillows, duvets and sheets on the website of British brand The White Company – they’re used on new flat beds recently installed by British Airways.

Finally, for a short burst of optimism and fun, search ‘SAS crew 2020’ on YouTube for the ‘We Will Fly Again’ video from the Scandinavian airline. Follow the subtitles as crew dance through their airport – there’s no better love song to the joy of travel.