King Charles III has travelled all over the world as part of his role as a working royal. He is often accompanied by his wife, the Queen Consort Camilla and enjoys visiting a few places in particular.

While King Charles III has explored the globe, there’s one beautiful destination that is thought to be one of his favourite holiday locations.

King Charles III and Camilla have been photographed on Corfu’s beautiful beaches during their summer holidays.

The stunning Greek island is the seventh largest in the country and a very popular tourist destination.

Corfu holds a special significance for King Charles III as it’s the birthplace of his father Prince Philip. 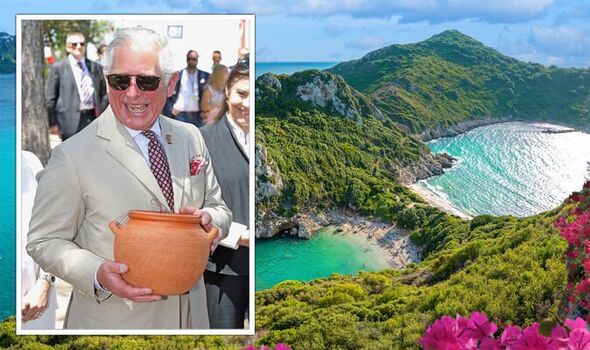 On one visit to Corfu, the King reportedly said: “Greece is in my blood and I have long had a fascination for her ancient culture and history.”

In 2018, Charles celebrated the close relationship between the UK and Greece, saying: “We are all Greeks.

“Our laws, our literature, our religion, our arts have their root in Greece.”

The King has said that Greece is the “wellspring of Western civilization” and added that “our way of life” would never have “flourished” without the country.

The couple reportedly stayed at the Rothschild villa in Kerasia when they visited the beautiful island of Corfu.

They are also thought to have toured the surrounding landscapes on a yacht during one of their holidays.

Kerasia is one of Corfu’s most beautiful spots and is generally considered very remote with just one taverna.

Corfu is easily reached from the UK with budget flights available from most of Britain’s major airports. 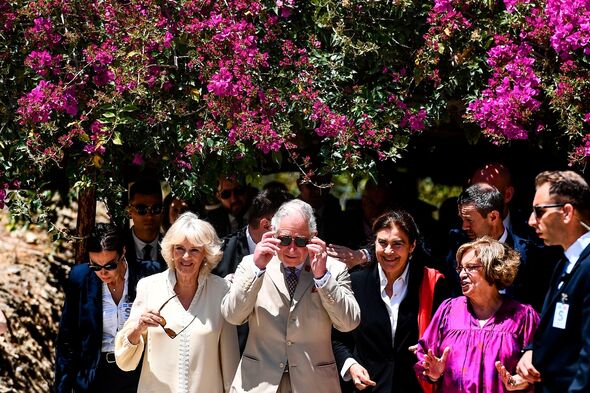 Aside from beaches, Corfu Old Town is rated as one of the island’s best attractions on Tripadvisor.

One person wrote: “Just one of the best locations for everything! It’s so amazing to see the ancient town and then the lovely rows of tavernas.”

The best times to visit Corfu are between April and May and September to November as the summer months are generally very busy.

During winter, the island is still stunningly beautiful but most tourists will find it too cold to swim in the sea.

In the UK, King Charles III and Camilla are said to enjoy holidays in Scotland at their residence, Birkhall.

Birkhall is on the Balmoral estate and is where the royal couple began their honeymoon in 2005.

The couple also enjoy holidays on the Isles of Scilly which is sometimes known as the ‘Cornish Caribbean’.

The King and Camilla generally stay at Dolphin House, their gorgeous six bedroom home on the islands.