Great British boltholes: The hotel in a Cairngorms Georgian mansion that has five handsome bedrooms and is surrounded by red-squirrel-infused woodland, streams and battle sites

Last year, Tom Tsappis and Matilda Ruffle took the ultimate lockdown leap from London. Still in their 20s, they bought this former country-house hotel near Pitlochry in the Cairngorms National Park and lavished it with an expensive refurbishment.

The couple may be young, but they have passion and expertise behind them. Trained chef Tom started by hosting supperclubs in London, while Matilda would come back from her job in advertising to act as sommelier and waitress; she’s currently working her way through the Master of Wine qualifications. Half-Japanese, she grew up in nearby Fife. 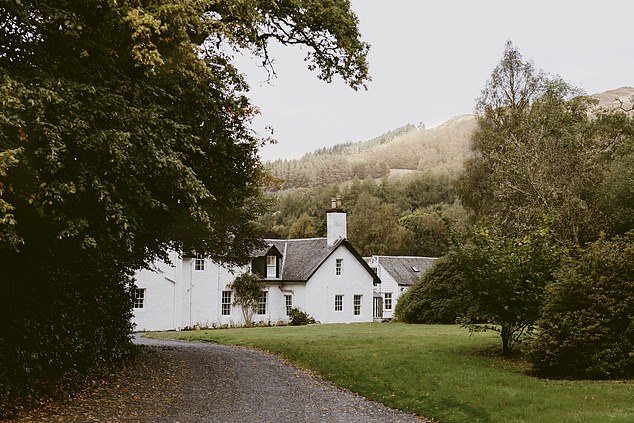 House party charm: Sarah Turner stays at Killiecrankie, which has a ‘genuine sense of hospitality’ 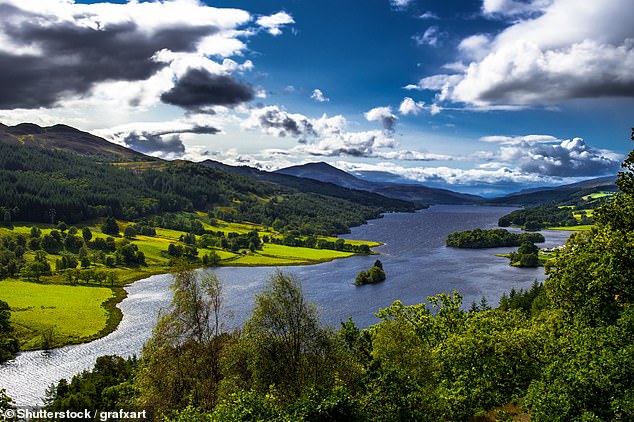 Superb: The country-house hotel is located near Pitlochry in the Cairngorms National Park and Loch Tummel (above)

Comfort levels are high, the views from the bedroom windows superb. Downstairs is a lounge with modern art, squashy sofas, a library of cookery books, a record player and a superb collection of vintage vinyl. There’s an intimate house-party atmosphere and a genuine sense of hospitality. On my trip, other guests staying had journeyed from Edinburgh and the West Coast after having heard good word of mouth about Killiecrankie.

Killiecrankie sits in the centre of Scotland – 90 minutes from both Glasgow and Edinburgh – surrounded by red-squirrel-infused woodland, streams and battle sites, including Soldier’s Leap where a Red Coat leapt 18ft across the River Garry to escape the Jacobites in 1689.

Today, Perthshire is part of a growing gourmet enclave of distilleries and restaurants. The team Tom and Matilda have assembled is just as youthful and culinary-minded as they are, with three chefs plus a mixologist whipping up clever, seasonal cocktails and whisky flights.

Choices include a Glasgow Punch, made with Scottish spiced rum, or a Rob Roy with blended Scotch, red vermouth and Angostura bitters. There’s also beer, specially made for the hotel by a nearby brewery. 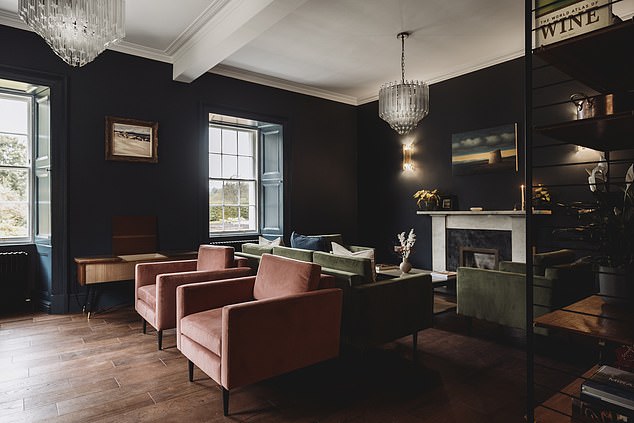 Pictured is the comfortable lounge, which has modern art, squashy sofas and a library of cookery books

Each night sees a 13-course tasting menu presented to diners from an open kitchen. Expect playful riffs on Scottishness with silky tofu shaped into a cockerel for cock-a-leekie soup, ‘drunken oyster’ with Glenmorangie hollandaise plus delicious deep-fried porridge, Highland wagyu beef and a sheep’s milk cheese ice cream, finishing off with sweets that include miso-infused tablet – a rich fudge.

The fare may all be local, but it’s paired by a wide-ranging wine list, including one from Matilda’s Yorkshire-born father’s vineyard in China. ‘He thinks the landscape looks like Scotland so he’s built a hotel that looks like a castle and the staff wear kilts,’ says Matilda.

Dinner is set at 7 for 7.30pm (finishing at about 10.45). Children under 12 are best left at home, as are dogs. While check-in is at 4pm, the bar and garden open from midday should you fancy a refreshing drink and a wander.

Breakfast next morning is at 9am and just as locally-sourced, although a bit more traditional with bacon, eggs and salmon – served up by the indefatigable Tom and Matilda.