The UK travel association Abta has accused the transport secretary, Grant Shapps, of failing to “bat for his sector”, being too slow to provide support and create an airport Covid-19 testing regime.

Abta said thousands more jobs were at risk when the furlough scheme ends, while government policies on quarantine because of coronavirus were deterring travel.

In a withering assessment of a speech by Shapps designed to reassure the beleaguered travel industry, Abta’s chief executive, Mark Tanzer, said it was “very worrying” and “didn’t take onboard that we are still in the middle of this crisis”.

In a recorded speech to Abta’s annual convention, Shapps said the government had been working flat out, pointing to the creation of travel corridors rather than blanket quarantine, and the announcement last week of a global travel taskforce examining testing proposals.

He said Britain could be a trailblazer for an internationally agreed regime “where tests and perhaps isolation take place prior to travel and after travel, and we would require no quarantine”. 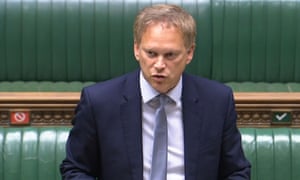 But Tanzer said: “The travel corridors he mentioned, they’re mainly shut. We’ve seen none of the results … it absolutely has to hit the ground, this testing regime, if we’re to move out of this crisis.”

He was scathing about Shapps’ assertion that the taskforce would be building on work already done by the government, including establishing that Covid-19 tests would not work on day zero of transmission.

“If it’s taken six months to realise that, it’s not huge progress,” said Tanzer. He added: “He is the secretary of state for transport. A lot of other sectors will be queueing outside No 11 … he has to go in and bat for this sector.

“We haven’t seen the evidence, the financial support just hasn’t been there. We need to see the evidence of what he’s doing.”

Abta unveiled research that showed 15% of Britons took a foreign holiday in the six months from February to July 2020, compared with 64% in the 12 months to July 2019. It also found 93% of potential customers had been deterred from booking by potential last-minute changes to travel advice.

Tanzer said he was also concerned by Shapps’ admission that no deal had been reached over air travel between the EU and the UK at the end of the transition period on 31 December, with no backstop agreement of the kind agreed before the original Brexit date in 2019.

Shapps said: “We expect the EU to bring forward contingency measures as it has done before to ensure flights will continue if negotiations are unsuccessful.”

Tanzer said: “It’s only 78 days. If people aren’t sure that the flights will fly, that will be just another deterrent before they book.

“We need to move beyond words, get systems in place and customer confidence that they work and they’re able to travel … otherwise this will be a very prolonged depression for the travel industry.”