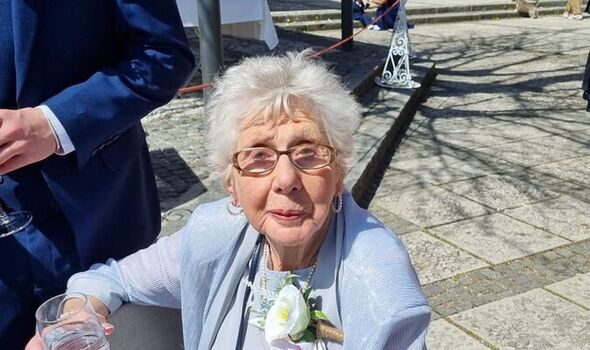 Joan Winter, 89, only discovered she’d been taken to the incorrect destination when she tried to get through passport control. She and daughter Hayley Vickery, 58, had hoped to reach Ljubljana for her grandson Aaron’s wedding on April 9 and even chatted to Wizz Air staff about the Slovenian capital on their plane.

But it landed in Poznań, Poland – 680 miles away from Ljubljana – and Joan and Hayley were crushed when passport control staff told them they weren’t in Slovenia.

With no phone charger or medication for her mum, Hayley spent a frantic 24 hours and hundreds of pounds working out how to get to Slovenia in time for her son’s wedding two days later.

Speaking today, Hayley told Daily Mirror: “It was all stress.

“We were away for a week in total and Wizz Air still haven’t been in touch.

“My mother was terrible. She didn’t have her medication and was without it from the Saturday to the Tuesday.

“Everybody was besides themselves.”

My mother was terrible. She didn’t have her medication and was without it from the Saturday to the Tuesday

The other half of the party had got on the right flight but were worried to find Hayley and Joan, who uses a wheelchair, weren’t sitting in the designated disability access zone.

Eventually, Hayley and Joan jumped in a £270 taxi to Warsaw, where they boarded a flight to Ljubljana, which had cost them close to £700.

There they were reunited with their luggage including wedding outfits, which had been taken off the Wizz Air flight in Luton.

But Hayley, from Swansea, south Wales, claims she struggling to get in touch with Whizz Air about their predicament in Poland, which borders war-torn Ukraine.

The rest of the wedding party had to wait more than three hours at Ljubljana Airport.

Hayley said: “We have had no contact with Wizz Air at all.

“In a really volatile Europe we were boarded onto a plane to Poland and no one knew where we were. We were close to the border with Ukraine.

“I would like Wizz Air to apologise and explain what happened, and a full refund.”

A spokeswoman for Wizz Air told the Mirror: “We are so very sorry for the disruption caused to these passengers who should have arrived in Ljubljana as booked, and we did all we possibly could at the time to ensure they did – in the end – make it to the wedding. Along with London Luton Airport and our ground handlers, we are urgently investigating the sequence of events that led to this incident to ensure it never happens again.

“When the passengers concerned arrived in Poznan, Wizz Air made every effort to help by offering hotel accommodation and alternative transport options, however the passengers decided to make their own arrangements to Ljubljana. We can confirm that their luggage was urgently processed and arrived on the next flight to Ljubljana the following day. Wizz Air will reimburse all of the expenses these passengers incurred, and have offered some Wizz Air credit, as part of our genuine apology for the inconvenience and disruption caused.”