Google Maps Street View is a nifty tool when it comes to finding directions. Using special 3D cameras, the online programme is able to snap multiple images of regions around the world at street level and stitch them together to create a virtual world.

However, when doing so, it often captures people getting up to all manner of things.

Yet, thanks to one recent scene, it turns out it isn’t just people who leave viewers surprised by their actions.

The scene unfolds at the side of a road, where a silver car is parked outside of what appears to be a convenience store. 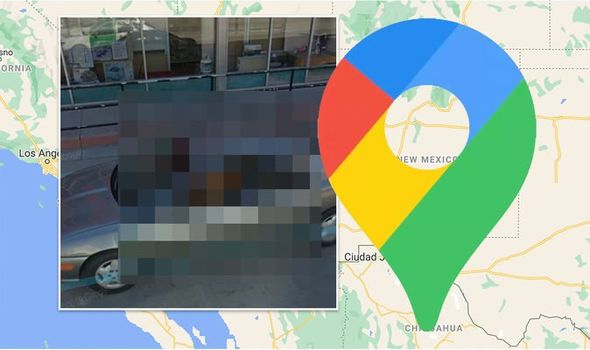 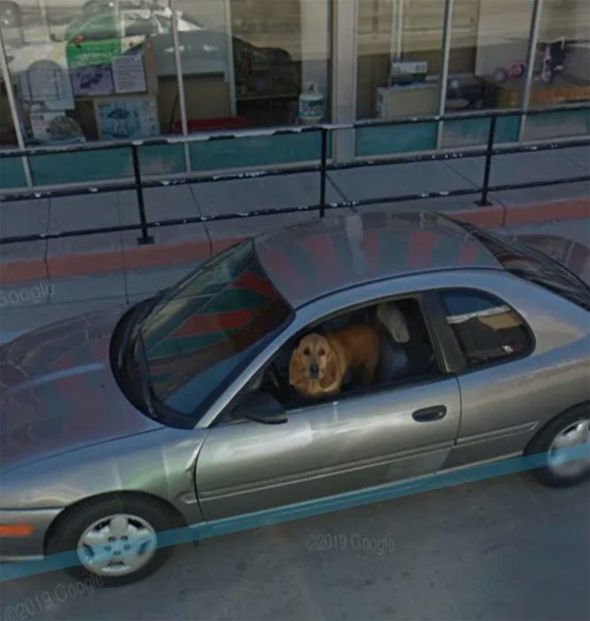 There is nothing too abnormal about a car parked up, however, it is who appears to be commandeering the vehicle which has caused a stir.

Indeed, seated in the driver’s seat is an auburn furred dog.

The animal is sat facing the steering wheel, giving the impression it is the one driving.

However, it also seems to have spotted the Google Maps Street View camera going by, as it gazes through the open window directly at the camera lens.

While at first glance it may look as though the dog is driving the car, in reality, it is most likely the animal is simply waiting in the vehicle while its owner ran inside to grab something.

The dog may well have clambered across the seats, ending up on the driver’s side to get a closer look out of the window at the outside world.

The image was shared to a Reddit forum where users have commented on the scene.

One Reddit commenter joked: “Duke, found himself at a crossroads. The car he had stolen ran out of gas.” 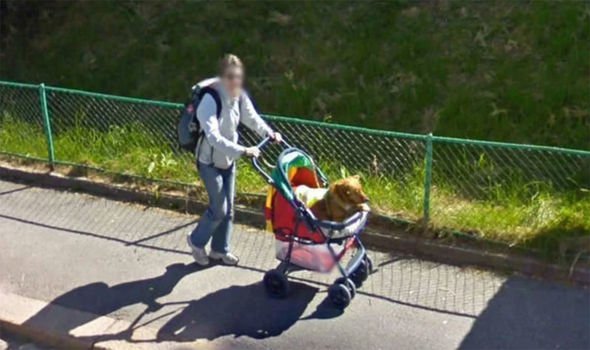 Another commended the dog for his behaviour.

“Just a good boy,” they wrote.

This is not the first time a dog has caught the attention of Google Maps Street View users.

A viral photograph of a dog being pushed along in a children’s pushchair also left viewers baffled.

In Norway, the moment a dog walker opted to transport her pooch in style was shared to StreetViewFun.

The poster questioned if this was “how Norwegians walk the dog.”

Indeed, the dog in the picture didn’t seem too confused by its method of transport.

The canine appeared relaxed, sat upright in the pushchair, gazing ahead at its surroundings.