Google Maps is traditionally used to help navigate around unknown locations. It’s Street View tool adds another layer of expertise to the traditional map system, by allowing users a 3D on the ground look at destinations around the world.

Along the way, though, users are increasingly spotting some unexpected moments.

One such incident happened Texas, 26 miles northwest of the city of Marfa.

The scene unfolded at the side of a highway; in what appears to be a rather barren landscape.

As the camera pans around, not much can be seen aside from some fields, a train track and a series of mountains far in the distance. 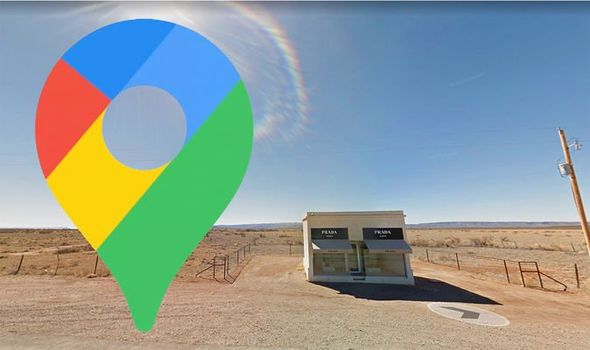 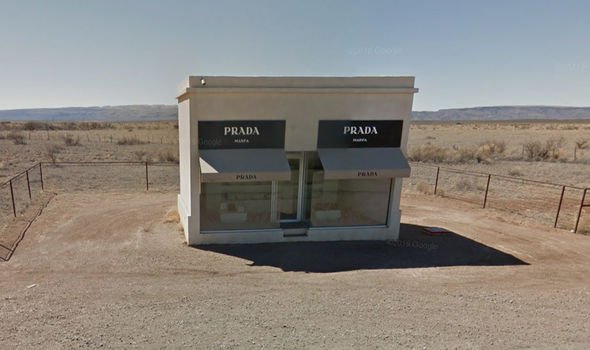 However, there is one anomaly in this moment.

Standing desolate and alone at the side of the road is a completely put together Prada store.

The designer shop is housed in a small white concrete building, complete with Prada signage.

Two large glass windows reveal an insight into the store, which looks to be stocked with items, though it is hard to tell exactly what they may be.

The user posted the scene to Reddit, describing it as “interesting”.

As bizarre as the far-flung location for the Prada store may appear, it seems there is more to this scene than you may realise.

A Reddit user explained: “For those that don’t know its an art installation, Marfa is a pretty big art town because it is where Donald Judd, a famous artist, moved to because he felt the art scene in New York was too pretentious.

“If you ever get the chance to go to Marfa do it its a really interesting and fun town.” 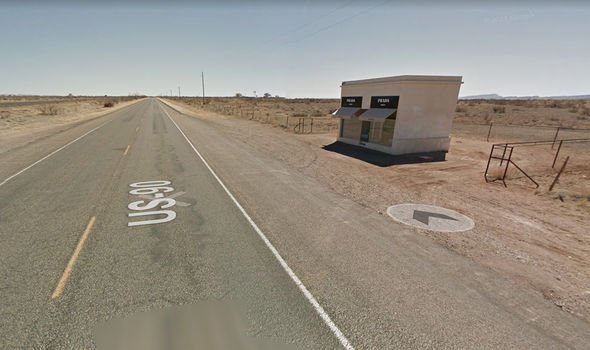 The Prada Marfa, as the installation is known, was created by artists Elmgreen and Dragset.

It is reported to have cost around $120,000 to construct (approximately £90,000) with the help of American architects Ronald Rael and Virginia San Fratello.

The sculpture is described as a “pop architectural land art project.”

Initially, it was thought that the building would be left to decay over time and naturally degrade into its surroundings.

However, a break-in and vandalism in 2014 lead to the restoration of the building.

After concerns over advertising laws, following the use of the Prada sign, the building was named a museum with Prada Marfa as its only exhibit.

“There is no company behind the artwork. It was not commissioned by Prada. They never, ever asked me to do advertisement for them,” the artists behind the work stated.

This means the building is able to stay in place along on US Highway 90.