Google Maps Street View allows users across the world to navigate the world with a click of a button. From visiting the Eiffel Tower to the Empire State Building, Street View enables viewers to travel the world. It also has been known to uncover some of the world’s most mysterious sightings like this scene in Florida.

Many users scour the website to try and find weird and wonderful occurrences that spark all kinds of conspiracy theories and supernatural concerns.

One occurrence was spotted in a desolate area of Florida, just outside of the notorious Bermuda Triangle.

Even when zoomed in, it’s hard to identify exactly what the object is. 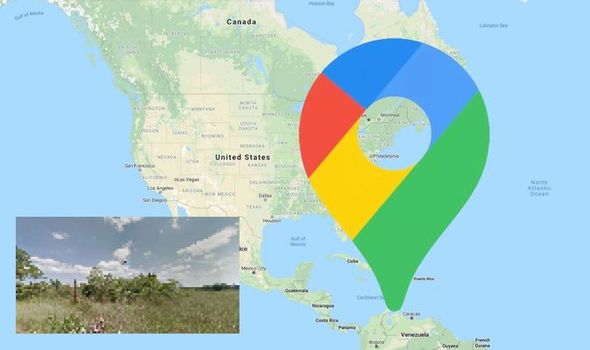 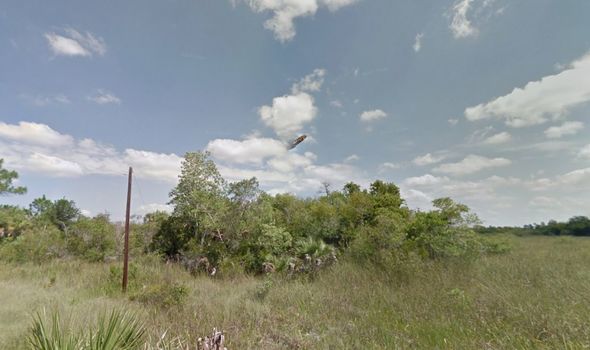 It’s multicoloured with an oval shape, but a stitching issue with Google Maps means you can’t see the entire shape and half of it is cut off.

The object was spotted in the Big Cypress National Preserve, which is located in southern Florida.

This is an area just outside of the Bermuda Triangle, an area of the North Atlantic Ocean.

The Bermuda Triangle has long been associated with mysterious aircraft and bizarre sightings with some users claiming that they have seen aliens.

One Reddit user described this sighting as a “UFO sighting” because it is almost impossible to identify how far away the object is from the camera.

However another user suggested that it was simply a “butterfly” and that it only sparks supernatural concerns because half of the object is missing, meaning it is hard to identify it.

There is no instant explanation of what the object actually is and a user on Reddit suggested than an insect scientist should answer the question.

What makes the scene so off is that the object is cut in half because of the way Street View stitches together different stills of a landscape. 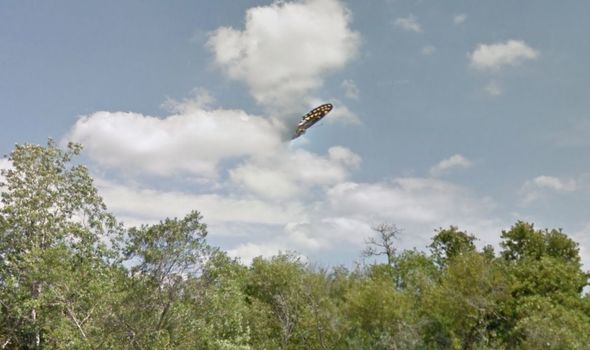 The camera took one image as the object was beginning to pass into frame and then took an adjacent shot after the object had flown along and the two images were joined together.

This isn’t the first time something strange has been spotted on Google Maps.

One particular bizarre sighting took place in Austria where a house appears to be glowing. 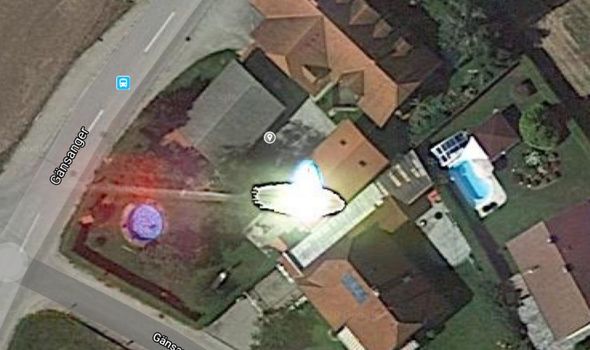 The house appears to have an odd shaped object glowing on top of it.

Colours of yellow and blue can be seen radiating the top of this house.

The user who posted this to the site wrote: “Found this UFO looking thing while scrolling around.”

However sometimes when viewing something in satellite mode, Google can often face trouble and it appears that it could be a bright light reflecting something off of the roof.”