Forget Spain’s crowded coast: Follow in Michelle Obama’s footsteps with a posh hotel stay in Andalucia, a gem of an area with a vibrant culture and rugged interior

Juliet the hawk stared hungrily at a fluffy white bichon frise, as her handler, Jorge, nervously watched the bird on his arm.

‘We bring a hawk every morning to deter birds from competing with guests for their breakfast,’ he explains.

It is a beautiful setting. Elegant diners sit on a stone terrace beneath a leafy awning, surrounded by cypress trees and open views to the sea over a manicured golf course. 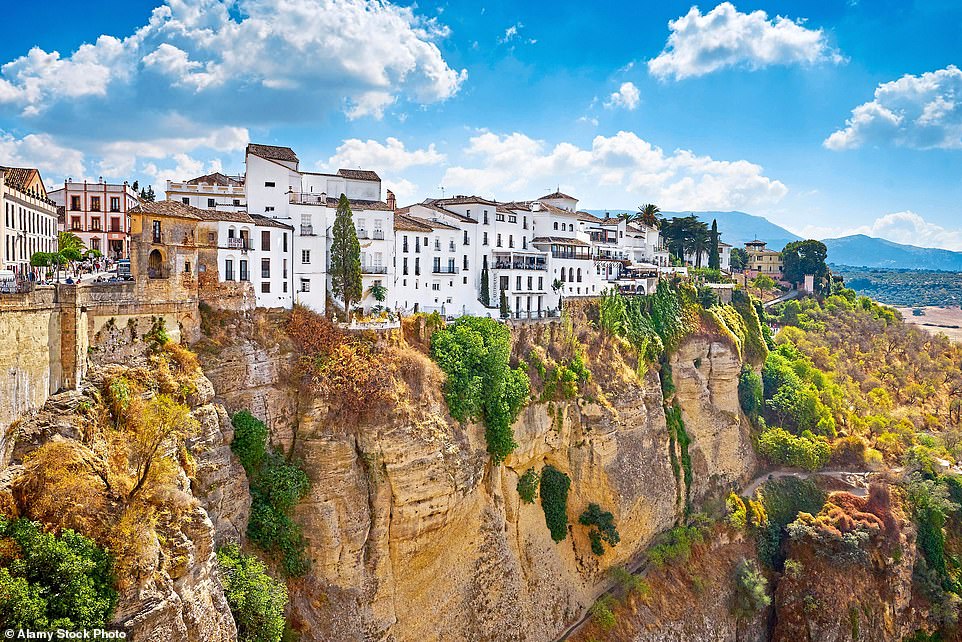 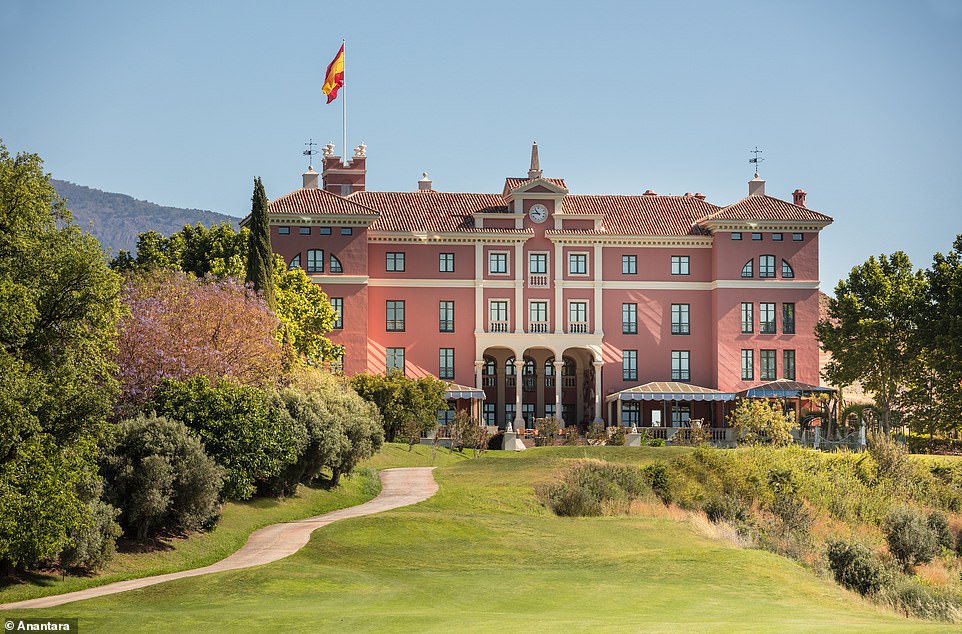 This area, near Marbella, has been a magnet for the jet set since the 1950s, when — as legend has it — Prince Alfonso von Hohenlohe’s car broke down near a sleepy fishing village.

He fell in love with the place, bought a traditional finca (farm), and transformed it into the fabled Marbella Club.

The Villa Padierna Palace, where I was staying — and Michelle Obama before me — was built in 2003 in the style of an Italianate villa, with classical statuary at every turn. It became an Anantara property last year.

Away from the over-developed coastline, Andalucia offers wilderness and traditional culture. 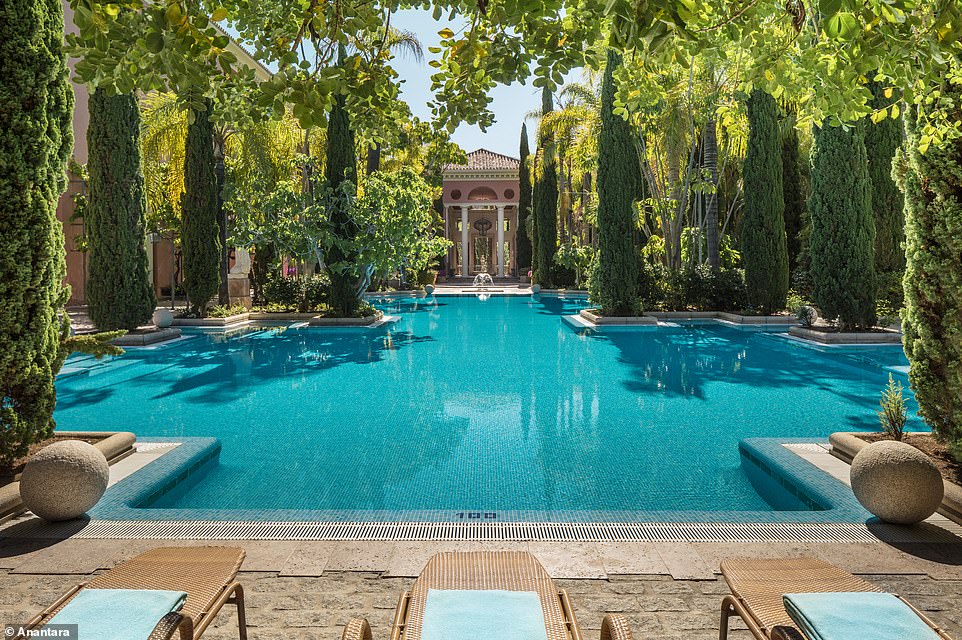 The pool at the Villa Padierna Palace. According to Teresa, the resort boasts a ‘classical statuary at every turn’ 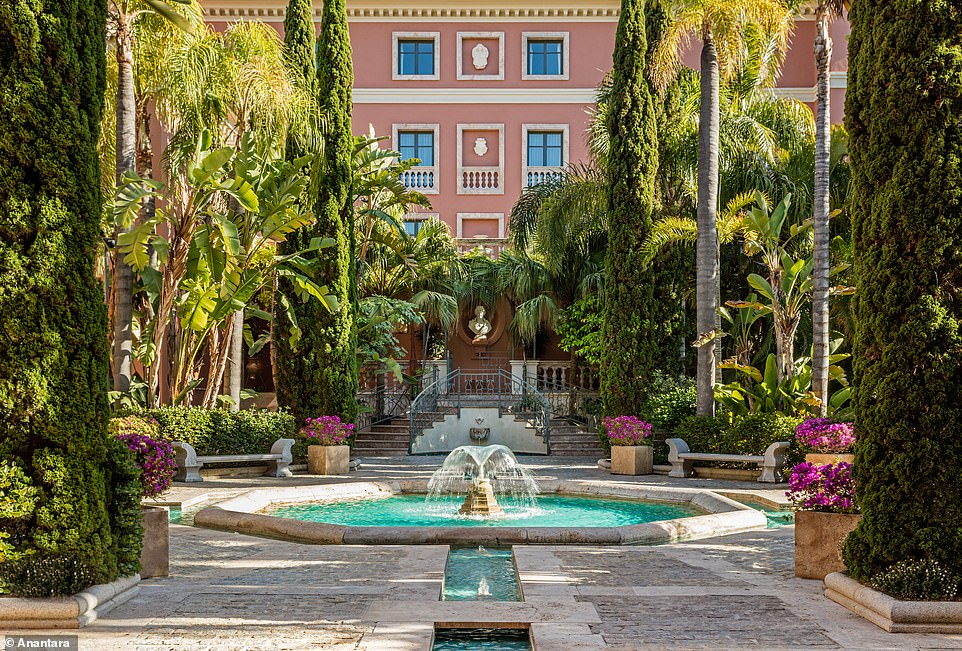 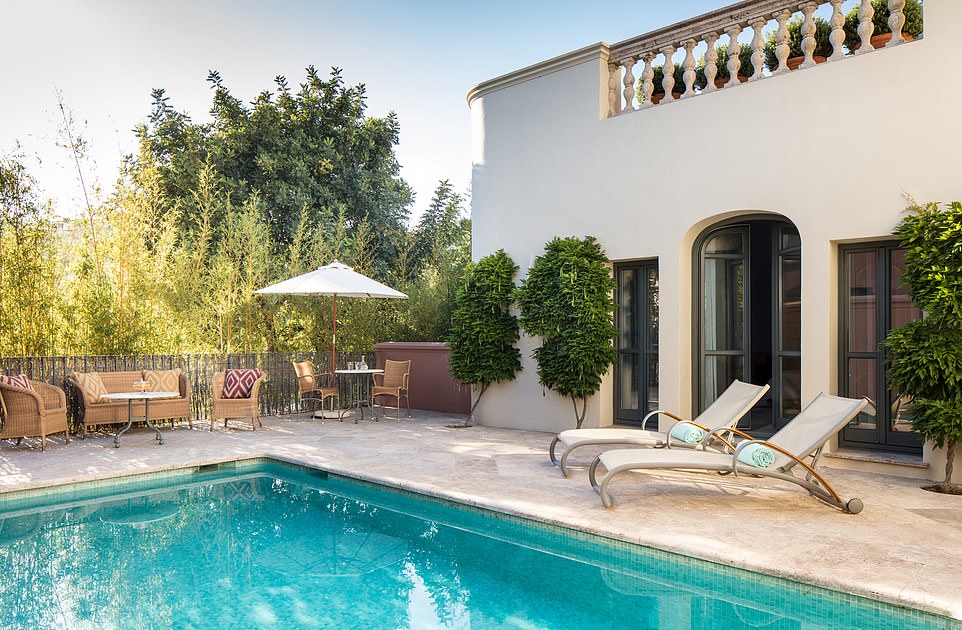 You can also ride on horseback through the remote and beautiful Genal valley. But it wasn’t horses I wanted to find out about so much as goats.

So early one morning I sat down to a worker’s meal of zurrapa de cerdo y manteca — pork and fat spread on garlic-soaked toast — at a cafe, while waiting for the local goatherd to arrive.

Juan, renowned for his cheeses, is the fourth generation of his family to tend the herd. Soon, the tinkle of bells announced that he and his rare payoya goats were on their way down the mountain for the morning’s milking.

‘In the 1930s, my forebears bartered cheese for other goods,’ Juan tells me. ‘I have had to sell land in the valley and most of our 1,500 herd because of Covid. But I sold the goats to a friend, and still use their milk for our cheeses.’ 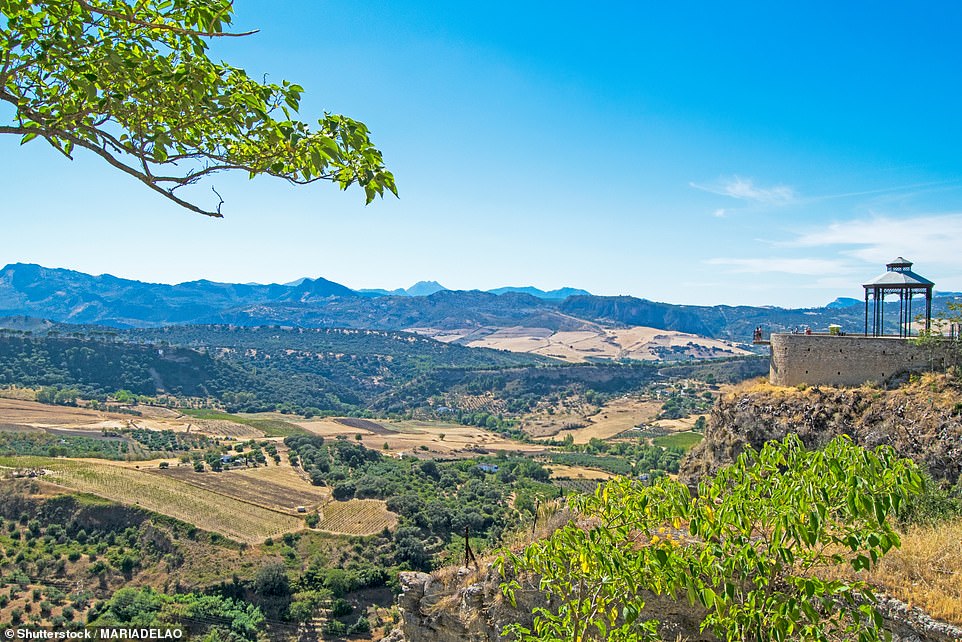 Holidaymakers can ride on horseback through the ‘remote and beautiful Genal valley’, pictured above 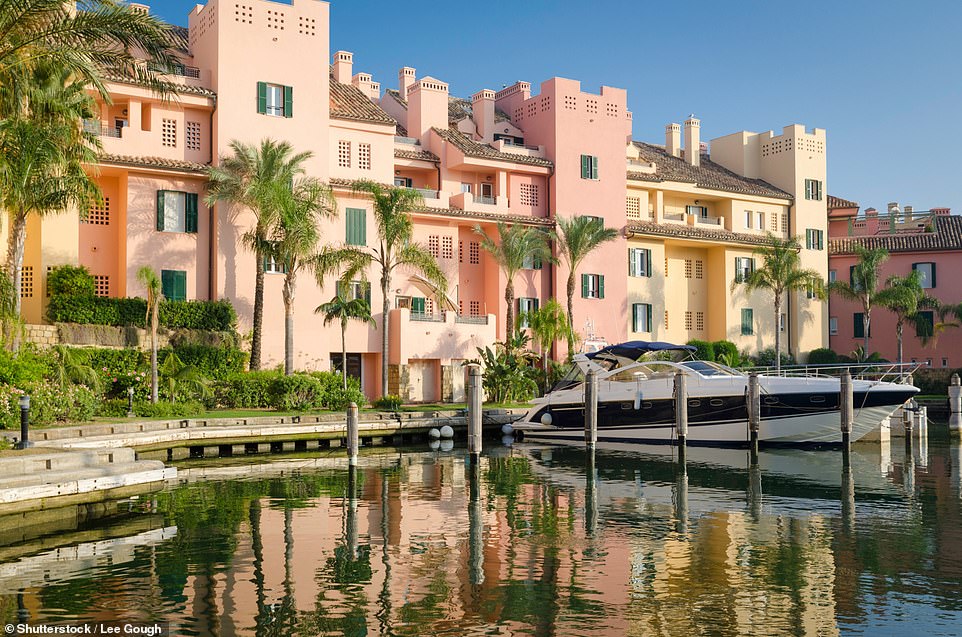 Teresa learns about the ‘golden triangle’ formed by Marbella, Ronda and Sotogrande (pictured) from Esteban Ferron, who runs the experience programme at the Villa Padierna Palace 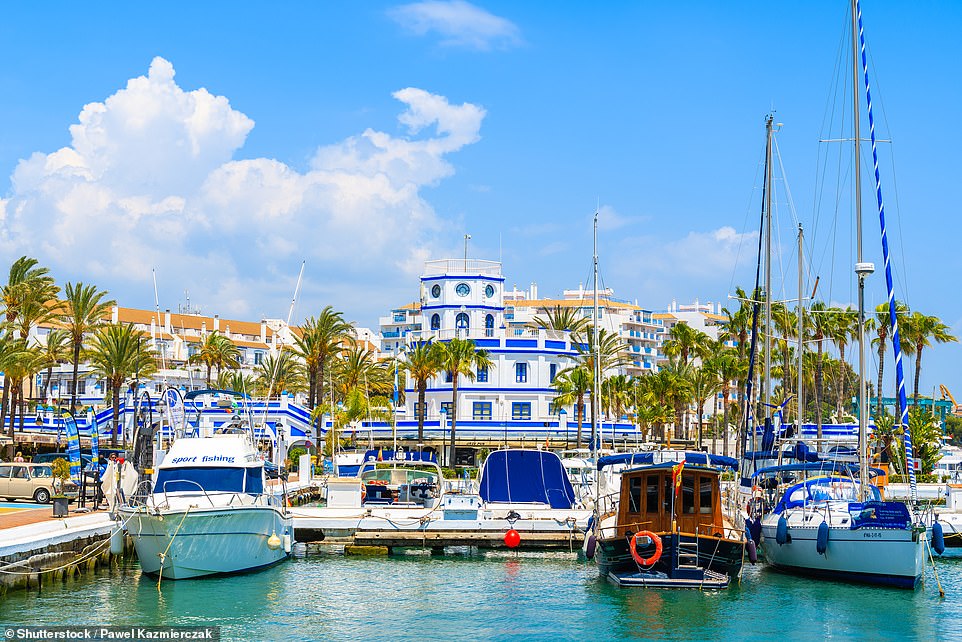 Pictured is the quaint harbour in Estepona, which Teresa visits to take a class in Flamenco dancing

In cooler months, Juan escorts guests up the mountain to experience milking and cheese-making. But I contented myself with buying the creamily delicious finished product from Juan’s tiny shop.

Next, I had an appointment in nearby Estepona with a handsome stranger…

My heart had been set on learning to dance flamenco, and the hotel sent me off to the Taller del Arte and teacher José Franco (who has performed at Sadler’s Wells in London) to learn the Bulería, a particularly fast version of the dance.

Thanks in no small part to José’s patience and humour, I discovered a latent talent for its steps.

My farewell lunch at Anantara, when the time came, was a lavish feast of overflowing seafood platters and exquisite turbot, accompanied by excellent local wines.

It was truly a wrench to leave.

Where else can you be a goatherd by day and a would-be flamenco dancer by night, safe in the knowledge that, back at Anantara, luxury awaits you?