Columbian airline Avianca filed for bankruptcy after failing to meet a payment deadline, while its pleas for coronavirus aid from Columbian’s government have so far been unsuccessful.

The carrier has said that the pandemic had cost more than 80 percent of its income, while it was still struggling with high costs.

According to the BBC, if the airline fails to come out of bankruptcy, it will be the first major airline to go under amid the pandemic.

The airline celebrated its 100th birthday in December 2019.

Avianca is the second-oldest airline in the world behind Dutch carrier KLM. 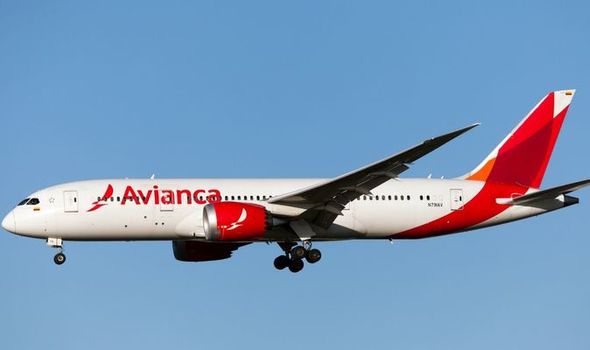 After filing a bankruptcy in a New York court, Anko van der Werff, chief executive said: “Avianca is facing the most challenging crisis in our 100-year history as we navigate the effects of the Covid-19 pandemic.

“Entering into this process is a necessary step to address our financial challenges.”

The airline has had financial problems for many years and had survived bankruptcy in the early 2000’s.

Columbia, where Avianca has over 50 percent market share, has imposed strict lockdown measures in an attempt to combat coronavirus.

This includes a halt to all international and domestic flights until at least the end of May.

Avianca says 88 percent of the countries in which it operates have imposed either total or partial flying restrictions.

Since the beginning of the pandemic, Mr van der Werff has been campaigning for Columbian government help, saying that the airline only needs a loan to help them get through the crisis.

Avianca had faced a $65million debt repayment this weekend. 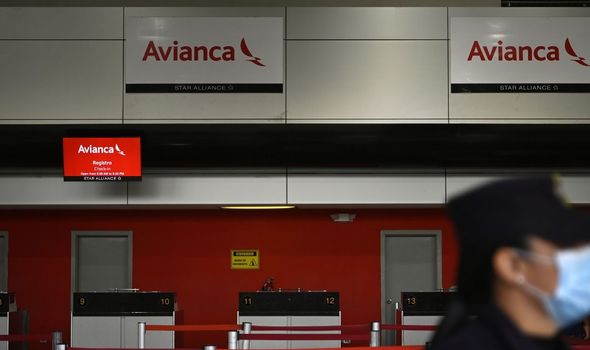 More than 140 of its aircraft have been grounded since Columbian President Ivan Duque closed the country’s airspace back in March.

Most of its 20,000 employees have been put on unpaid leave since.

Last month, Avianca warned that its survival is “in doubt” because of the coronavirus crisis and resulting financial effects.

It stated that it may need to take further action to preserve its existence.

This version of bankruptcy allows the debtor to have a fresh start and corporations generally file Chapter 11 if they require time to restructure their debts.

The pandemic is putting pressure on all airlines globally, including British Airways.

Most of the airline’s planes are currently grounded due to the ongoing pandemic.

The company said it lost around £466.6million in the first three months of this year.

Just one year earlier, British Airways made a profit of £109million.

The airline has also had to cut 29 percent of its 42,000 jobs due to the coronavirus, which is around 12,000 jobs that have been impacted.