Given the money sloshing about in Newmarket, it’s surprising how few swish hotels there are in this horse racing-mad Suffolk town.

But leading from the front in an admittedly weak field — by some distance — is the Bedford Lodge Hotel & Spa, between Luca Cumani and Sheikh Mohammed’s Godolphin stables.

Originally built for the 6th Duke of Bedford in the 18th century, it has been a hotel since the 1940s and is clearly one that has morphed over the years. 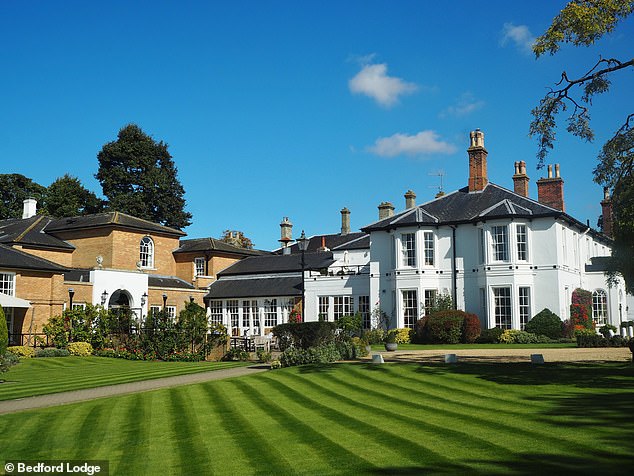 The Bedford Lodge Hotel & Spa, pictured, has been a hotel since the 1940s 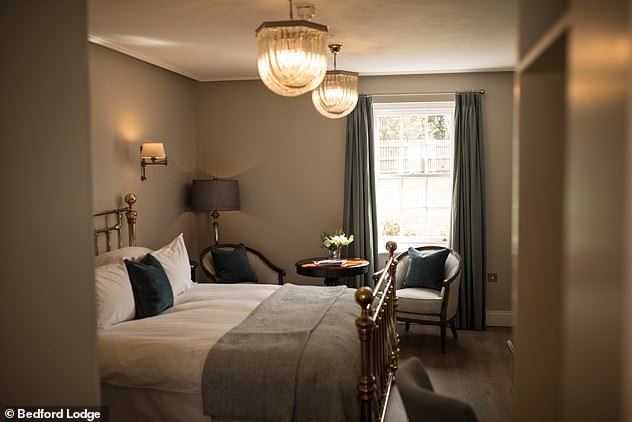 You enter through grand gates that look as if they could have come from the set of Dynasty. Then a sweeping drive leads to a series of buildings lit up brashly — or at least, bright enough so that light bounces off a Bentley, an Aston Martin and a couple of Porsches.

We walk through the front door of the main house but no one is there. No great surprise.

We’ve arrived at the wrong entrance — but we get to poke our noses into the Cambridge room, laid for a meeting.

‘All rather corporate,’ says my wife. It is rather corporate but super-efficient. Order a taxi here and it arrives bang on time. Ask for a Bloody Mary and it comes swiftly, spiced to perfection. 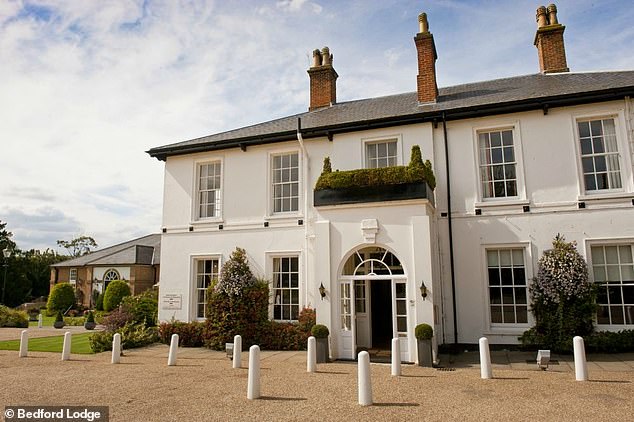 In his room, the Inspector finds ‘dark furniture, offset by a pale velvet headboard’ and ‘sumptuous pillows and duvets’ 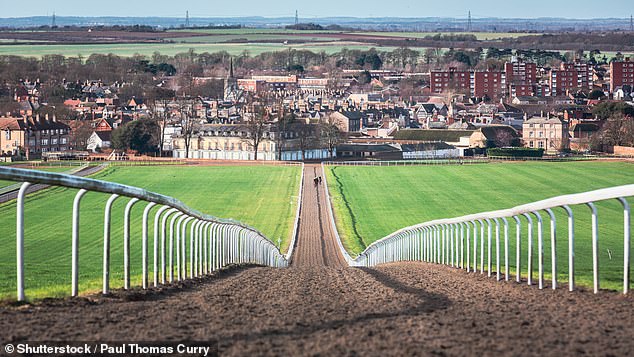 The view of Newmarket from Warren Hill.  The Inspector describes the Suffolk town as ‘horse racing-mad’

Most of the 77 rooms are off two long corridors to the back of reception. Dark furniture, offset by a pale velvet headboard; sumptuous pillows and duvets; piping hot towel rail. There is a large pool, gym, sauna et al on the ground floor — not to be confused with the spa in a separate building within the grounds.

Most of the staff in the bar and restaurant area wear tweed waistcoats; all are friendly and engaged. Right now, there’s a special Christmas menu (£35 pp for two courses), including turkey with all the trimmings as a main course. We enjoy it — unlike the couple seated behind us, who have summoned the manager to complain about their chateaubriand. He invites one of them to leave the restaurant with him to discuss matters further.

The racing world wakes early. Breakfast starts at 6.30am. On leaving, I see the fancy cars from the night before have been joined by a Rolls-Royce. It’s that sort of place and explains why the price of rooms can double when a race meeting is on.