Pictured: The Disney World Epcot restaurant launching in September that mimics a dining experience in orbit (and that guests will access via a ‘first-of-its-kind’ space elevator)

It promises to be an out-of-this-world experience.

New renderings and photographs reveal the new ‘Space 220’ restaurant at Disney World’s Epcot theme park in Florida, which is due to open in mid-September.

And one of the ‘Imagineers’ behind the concept, Zach Riddley, has posted a video tour of the eatery to Instagram.

In the clip, he leads Disney fans through the space ahead of its much-anticipating opening, and says: ‘Before reaching our amazing dining room, we need to elevate ourselves 220 miles above the Earth in our first-of-its-kind space elevator.’

Creating the illusion you are shooting into outer space, the elevator opens to the ‘Centauri Space Station’, where the panoramic dining area is located.

Zach explains: ‘Once we arrive in our main dining room, you’ll have a spectacular view back to earth. We cannot wait for you to experience this one-of-a-kind dining adventure.’ 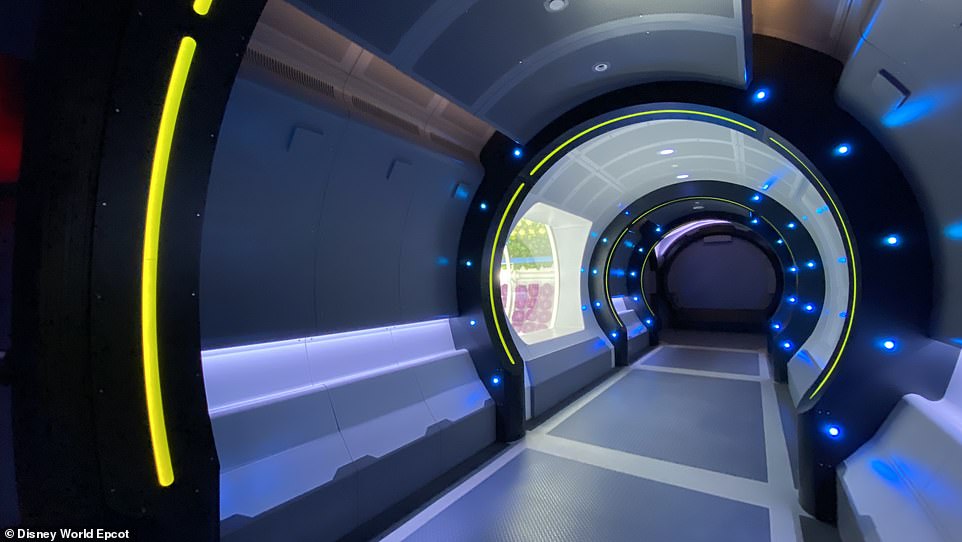 A first-of-its-kind space elevator opens to the ‘Centauri Space Station’, pictured, where the panoramic dining area is located

Visitors will be able to admire planet earth from a circular viewing platform, or grab a booth seat by one of the large space station windows, with the floating cosmos forming the backdrop.

The Imagineer, who works as an architect and designer for Disney, writes in his post: ‘Space 220 is a perfect addition to Epcot continuing our legacy of original storytelling – fantastical experiences rooted in real science and designed with a range of world-class experts that makes you wonder “how’d they do that?!”‘

The cuisine is described as ‘upscale, contemporary fare’ and a selection of wine and cocktails will also be on offer.

To access the restaurant, visitors will need to check in to the Space 220 Departure Lounge in Future World, which is adjacent to the Mission: Space attraction.

Disney added: ‘The Space 220 restaurant is another big milestone in the ongoing and historic transformation happening now at Epcot, and will be a part of the celebration of the Walt Disney World Resort 50th Anniversary.’ 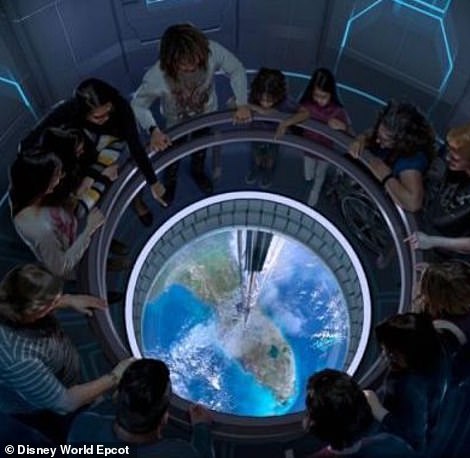 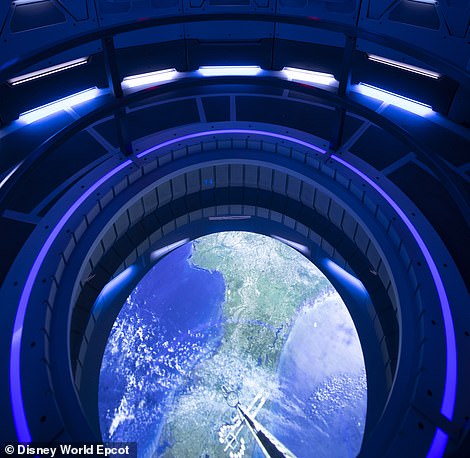 Visitors will be able to admire planet earth from a circular viewing platform, as shown in a recently released rendering (left) and photograph (right). ‘Once we arrive in our main dining room, you’ll have a spectacular view back to earth,’ the Imagineer Zach Riddley enthuses

Commencing on October 1, Walt Disney World is planning an 18-month celebration to mark 50 years since it opened the doors of its first park in Florida.

All four parks at the Lake Buena Vista resort – including Epcot – will take part in ‘The World’s Most Magical Celebration’, with new performances, sculptures and attractions set to be unveiled.

On October 1, 1971, the resort opened to guests, culminating years spent planning and developing Walt Disney’s ‘magical dream’, officials said in a statement announcing the celebration. Since then, the vacation destination has expanded from Magic Kingdom, to include Epcot, Animal Kingdom and Hollywood Studios. The resort also includes multiple themed hotels, water parks and Disney Springs, a shopping and restaurant venue.

Space 220 will take part in the celebration, along with Epcot’s La Crêperie de Paris, an eatery inspired by the flavourful world of Disney and Pixar’s ‘Ratatouille’ that will open its doors on October 1. 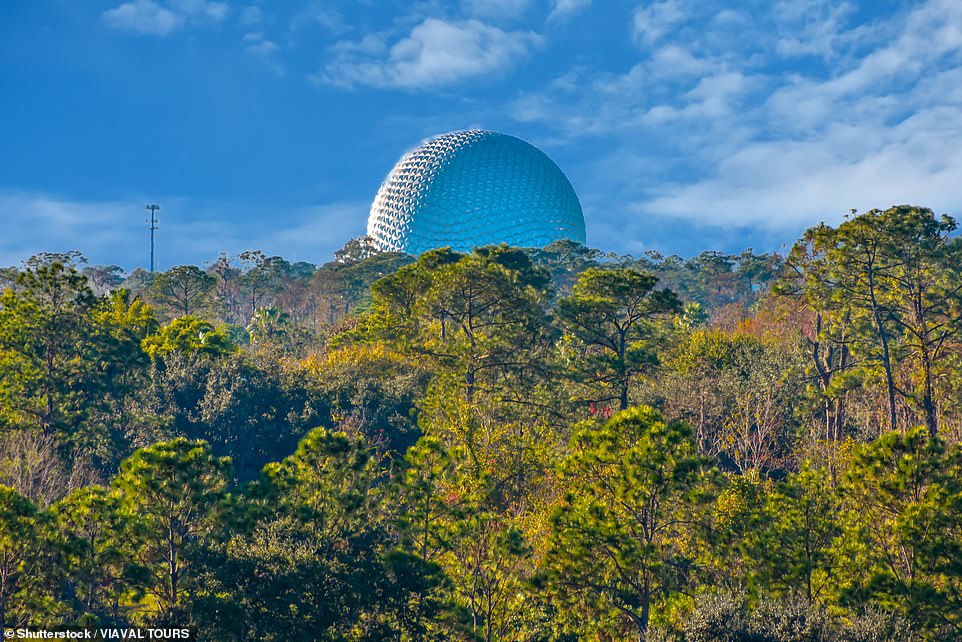 Commencing on October 1, Walt Disney World is planning an 18-month celebration to mark 50 years since it opened the doors of its first park in Florida. All four parks at the Lake Buena Vista resort – including Epcot, pictured – will take part in ‘The World’s Most Magical Celebration’

Making the celebration all the more special, Epcot will feature ‘Harmonious’ – a show at the World Showcase Lagoon – which promises to be ‘one of the largest nighttime spectaculars ever created for a Disney park’.

The show will comprise new interpretations of classic Disney songs, reimagined in more than a dozen languages by a diverse group of 240 artists from around the world.

And, if there wasn’t enough on offer for space-lovers, the park will install new ‘Beacons of Magic’ lights to shine across the reflective panels of the famous Spaceship Earth sphere, ‘connecting to one another in a symbol of optimism resembling stars in a nighttime sky’.