Camping holidays have long been a popular option among many Britons but the pandemic has seen even more people turn to alfresco breaks. The UK is home to some stunning countryside but regions vary greatly in what they offer holidaymakers. So where are the most popular UK campsites?

Outdoor accommodation site Pitchup.com quizzed over one million Britons who holidayed at over 2,000 sites around the UK in 2020.

It likely comes as no surprise, but Cornwall was shown to be the most popular place to go camping.

The average price per night in a Cornish campsite is £29.09, according to the data. 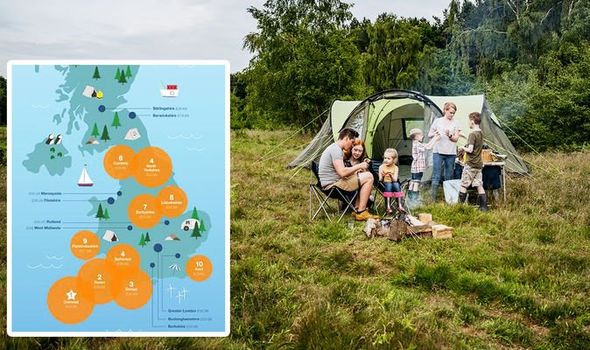 The south-west dominated the top ten, with Dorset and Somerset coming in third and fourth place respectively.

North Yorkshire was revealed to be the fifth most popular camping location.

In sixth place was Cumbria followed by Derbyshire, Lincolnshire, Pembrokeshire in Wales and then Kent in 10th place.

Despite the seemingly increasing trend for luxurious camping – or rather, glamping – most Britons still stick to traditional camping.

Only 5.5 percent for camping bookings in 2020 were for glamping, leaving 94.5 percent of booking non-glamping.

Glamping accommodation varies greatly, but camping pods proved to be the most popular way to stay. 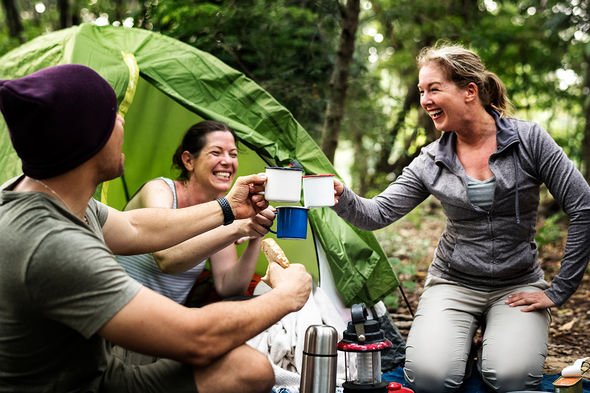 A bell tent and shepherd’s huts were also booked up by glampers.

But it’s not just glamping that sees holidaymakers spend the night in unusual locations.

Pitchup.com unearthed the top 15 quirkiest campsites in their roster.

These included a wild boar park in Lancashire, igloos in Devon, an alpaca farm in Lincolnshire and stables in Shropshire.

Last week gas company Flogas Britain unveiled where the most popular caravan sites in the UK are based on Google search data between January 2019 and January 2021.

Amassing 6,600 average searches per month, family-run Riverside Park in Scotland is the most popular caravan park.

In second place is Haven’s, Weymouth Bay Holiday Park with 4,400 searches on average.