It’s brutal up North! New photography book offers a visual celebration of brutalist architecture with images taken in the area ‘with the best examples’ – northern England

Photographer Simon Phipps has a concrete opinion on brutalist architecture – that it should be celebrated.

Brutalist architecture, a style first associated with architect Le Corbusier, uses a lot of concrete and is often criticised for being ugly, imposing and for weathering badly.

But Simon sees brutalist structures as visionary, buildings to be celebrated for the imprint they leave on the skyline. And for his recently published photo book Brutal North (September Publishing) the Leeds-born photographer ventured to the place that ‘harbours the finest examples of brutalist architecture – the North of England’.

September Publishing said in a statement: ‘The images in Brutal North offer a visual celebration of modernist and brutalist architecture across the entire region.

‘During the post-war years, the North of England saw the building of some of the most aspirational, enlightened and successful modernist architecture in the world. For the first time, a single photographic book captures those buildings, in all their power and progressive ambition.’

Scroll down to view a few of Simon’s striking images in the tome, with subjects including a cathedral, a service station, a bridge and a primary school. Caption information courtesy of Matthew Steele. 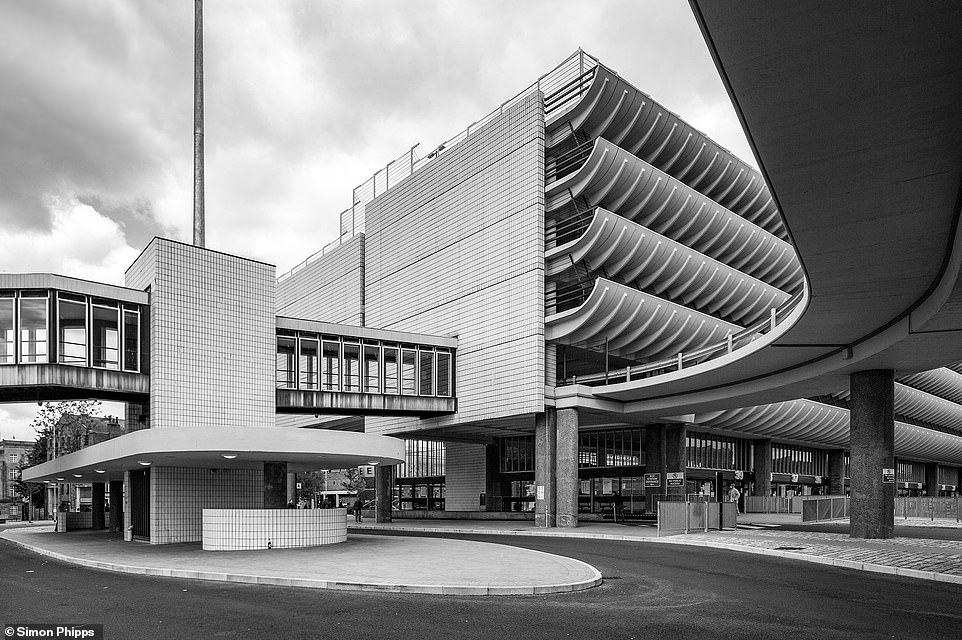 Preston Central Bus Station and Car Park was set to be demolished for financial reasons in 2012, but in 2013 it was granted listed building status partly owing to the innovative use of reinforced plastic mouldings in casting the sculptural concrete decks 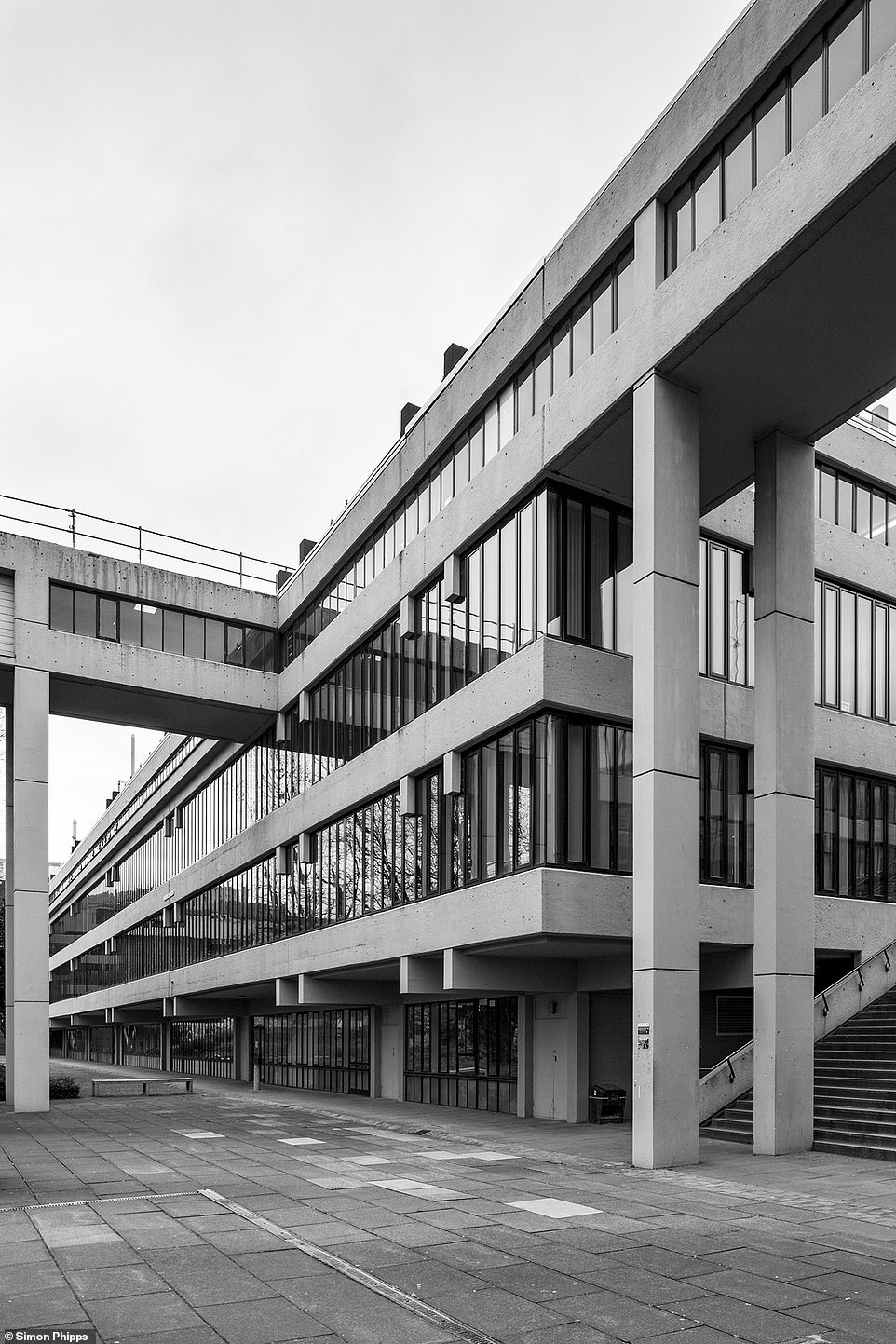 This image shows the campus expansion at the University of Leeds, built between 1963 and 1978. The plan, writes Matthew Steele,’aimed to engender a collegiate atmosphere by providing high-density student accommodation along with a centrally located building to house pooled lecture theatres’ 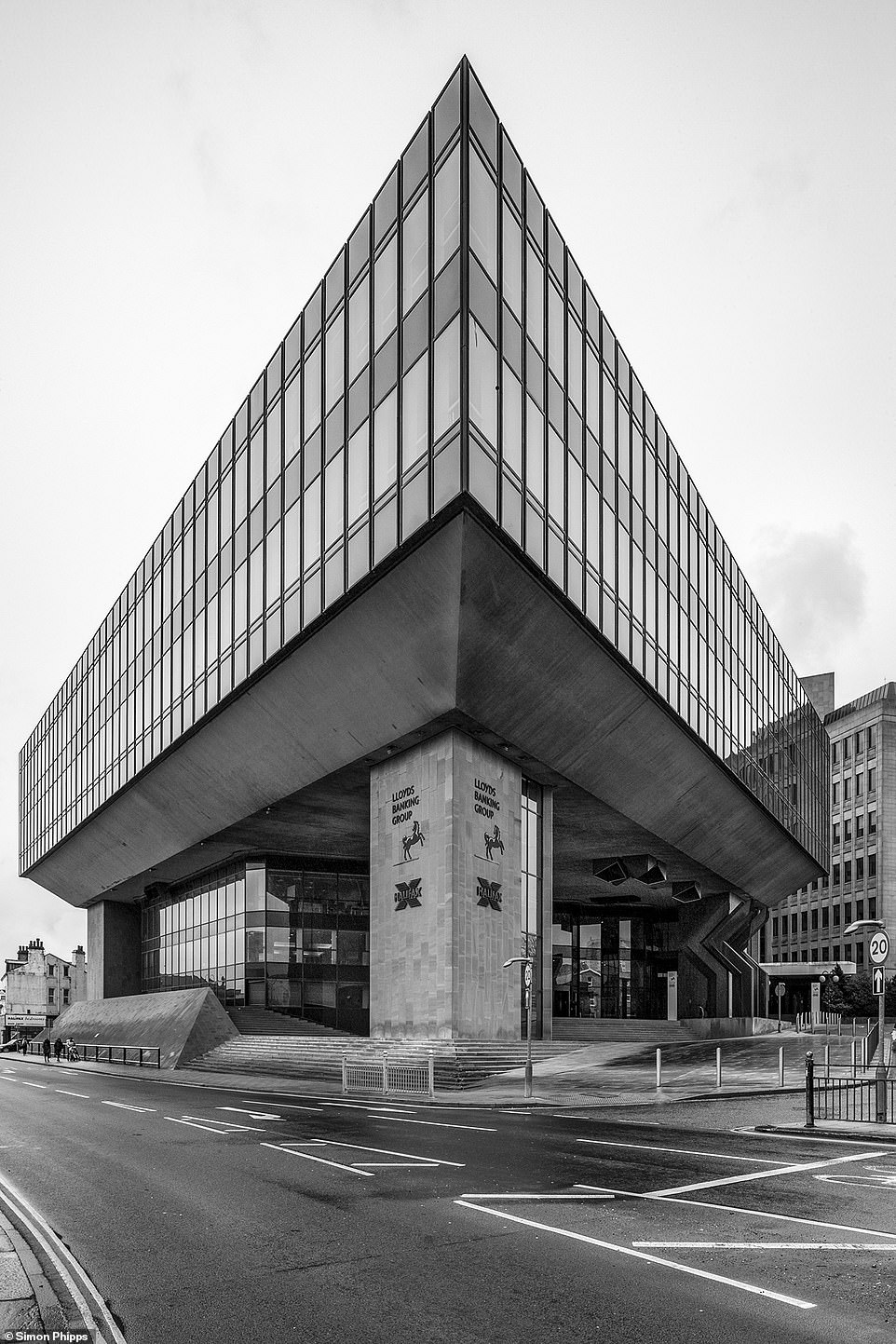 The grade II listed Halifax Building – built in Halifax between 1968 and 1974 – was designed by Building Design Partnership as the new headquarters of the Halifax Building Society, explains Matthew. He writes: ‘It was planned according to Bürolandschaft principles, an approach developed in Germany in the 1950s to promote a more social and collaborative work environment. Accordingly, from the entrance hall one could access a mezzanine level with facilities which included a restaurant, games rooms, and a bar. The upper levels are an irregular quadrilateral shape, as dictated by site constraints, and are open plan – a feat made possible owing to a four-metre-deep truss on the second floor. All floors are connected by a central core and four corner staircases, each faced externally with York stone above roof level’ 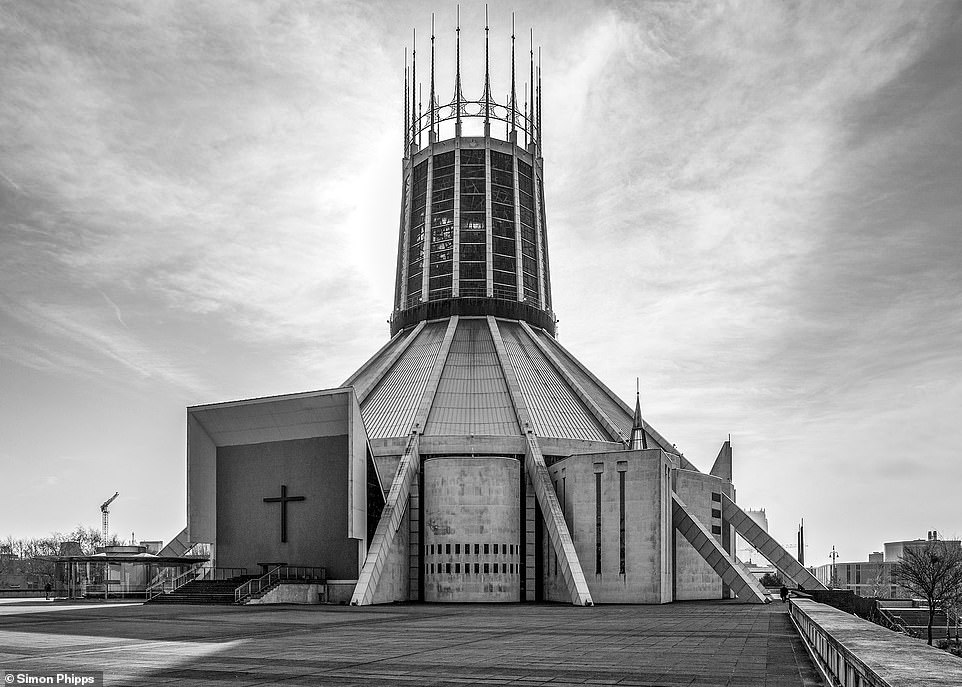 Behold the grade II listed Liverpool Metropolitan Cathedral of Christ the King, which was built between 1962 and 1967. Matthew explains the story behind its design: ‘Having taken the decision to abandon Edwin Lutyen’s costly interwar designs for the Metropolitan Cathedral, the Diocese of Liverpool announced an architectural competition which attracted 258 entries from around the world, including those from architects such as Denys Lasdun, the Smithsons, and the Archigram group. Emerging as the winner, in 1960, was Frederick Gibberd, whose proposal was heavily influenced by Oscar Niemeyer’s design for the Cathedral of Brasilia (1958–1970). A circular plan was adopted, though Gibberd did consider elliptical and octagonal options’ 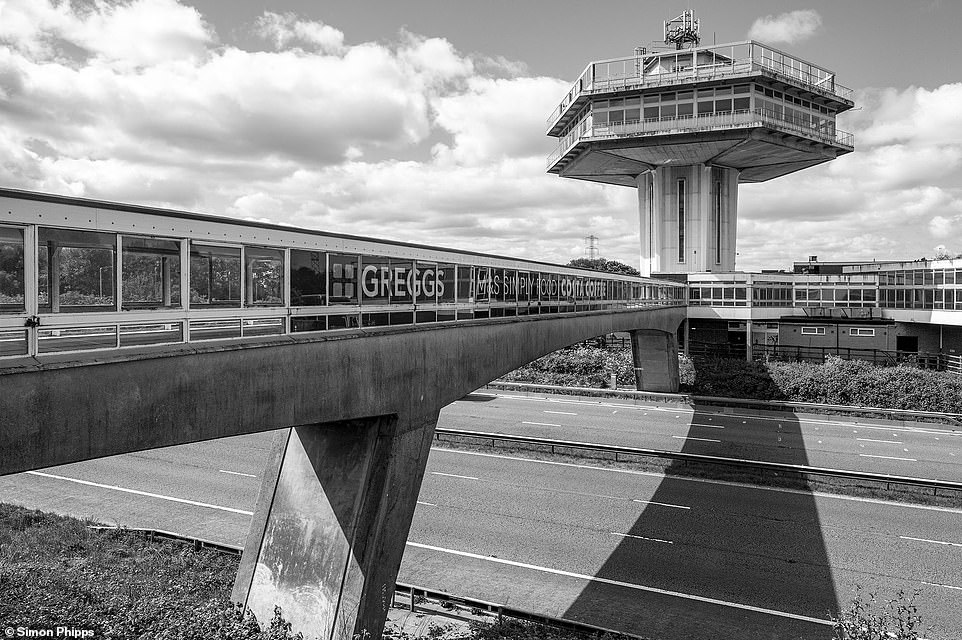 ‘Indicative of Britain’s embrace of the motor vehicle in the 1960s, Forton Services [between Preston and Lancaster] was commissioned by Top Rank Motor Inns as the Preston bypass was absorbed by the M6 motorway,’ writes Matthew. ‘Located between junctions 32 and 33, the services themselves are not of great interest: two flat-roofed buildings connected by a pedestrian footbridge over the carriageway. What distinguishes them, however, is the instantly recognisable former Pennine Tower. A cantilevered restaurant and sun deck once occupied the head of this hexagonal concrete structure which, at 22 metres (72 feet) in height, afforded diners views over the surrounding countryside. Sadly, the restaurant closed in 1989’ 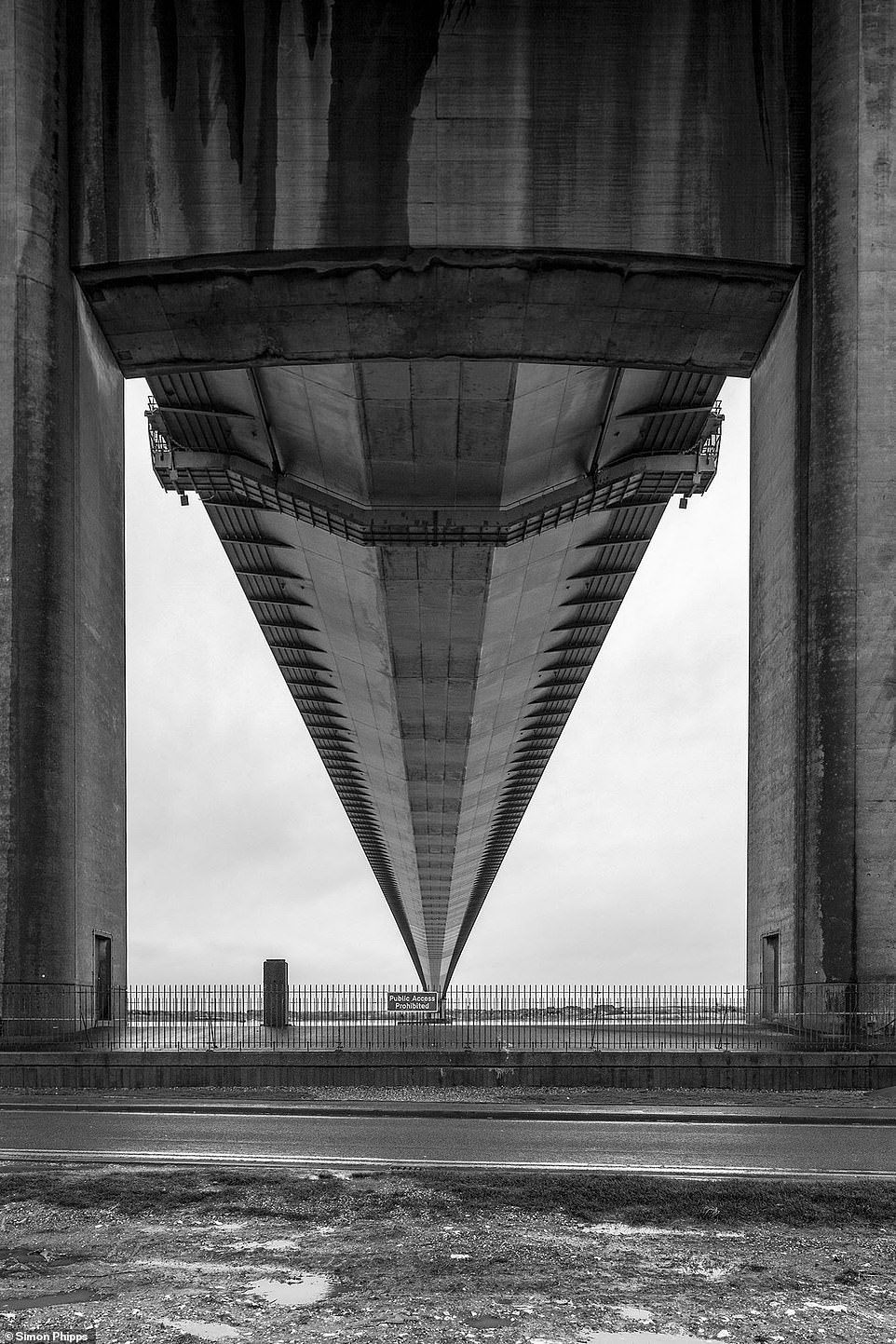 ‘Until the opening of the Humber Bridge in 1981, passage over the river was by boat only,’ explains Matthew. ‘At 1,410 metres (4,625ft) in length, it was the longest single-span bridge in the world at the time of construction and was designed by Freeman Fox and Partners, the engineers also responsible for the Forth Road Bridge and the Severn Bridge. Unlike those examples, which were built in steel, the Humber Bridge was technologically innovative in its use of reinforced concrete to overcome challenging geomorphological conditions. Upon designation of its grade I listed status, Historic England referred to its “taut, pared-down elegance”‘ 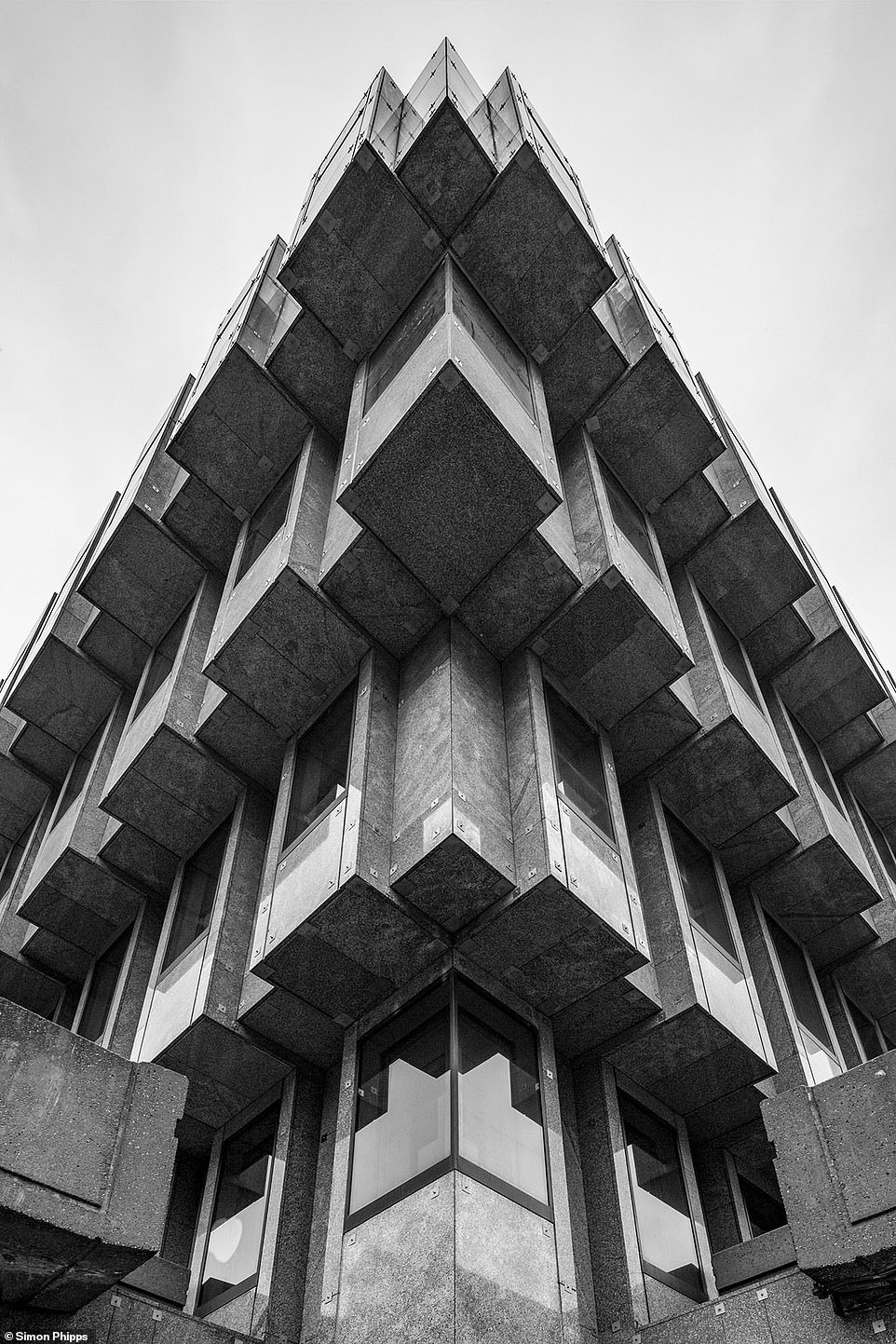 Pictured here is Bank House in Leeds, which was built between 1969 and 71 and now holds grade II listed status. Matthew writes: ‘The building is square on plan and, at five storeys in height, adopts the form of an inverted ziggurat [a building with successively receding levels] with a central light well penetrating the top two floors. It is of in-situ cast reinforced concrete construction, clad in grey granite and bronze. A sculptured aluminium ceiling by the artist Alan Boyson has since been removed’ 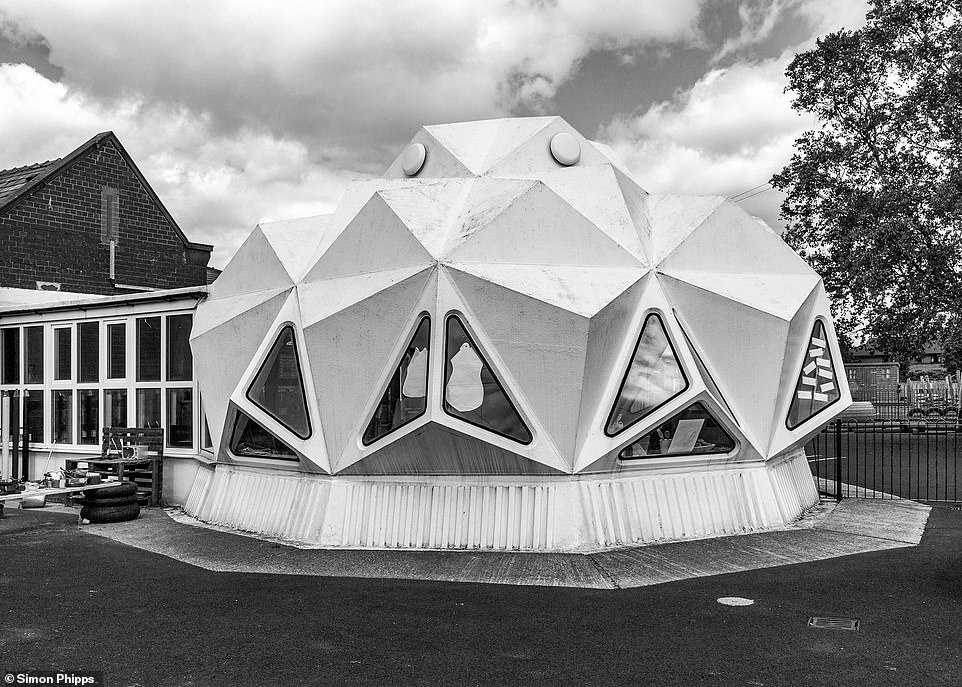 This is a grade II listed classroom at Kennington Primary School in Preston. It was built in 1974 and is referred to as ‘The Bubble’ by pupils. Matthew adds: ‘It is believed to be the first fully structural plastic building in Britain and was a prototype for the intended mass production of glass fibre-reinforced plastic schools by Lancashire County Council Architects’ Department. However, no further examples were built’ 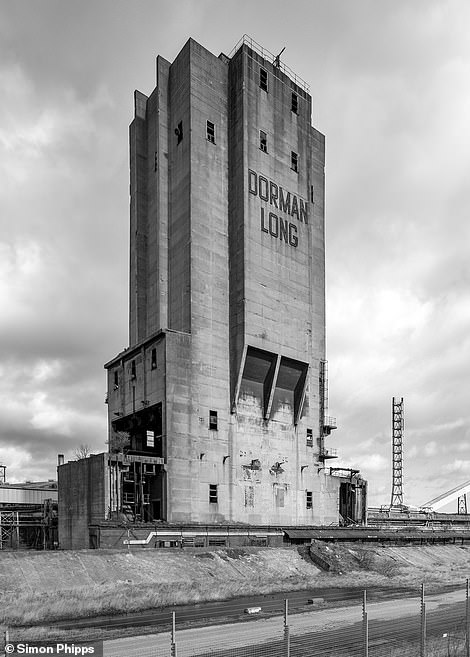 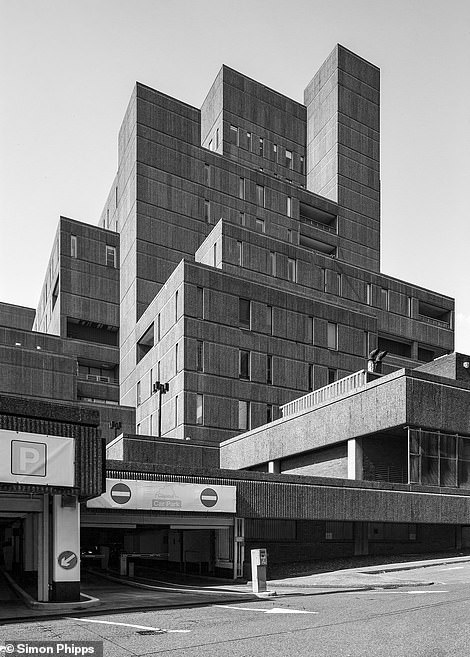 LEFT: Dorman Long Tower in Middlesbrough, built in the 1950s, is a remnant of the South Bank Coke Ovens. The concrete tower acted as a huge supply bunker for the since-demolished coke ovens. RIGHT: This is the former headquarters of Royal Insurance in Liverpool, not to be confused, says Matthew, with the neo-baroque Royal Insurance Building (1903) by James F Doyle. The 1970s structure was referred to by locals as ‘The Sandcastle’ and for the historian Sir Nikolaus Pevsner, its slit windows gave it the air of a fortress 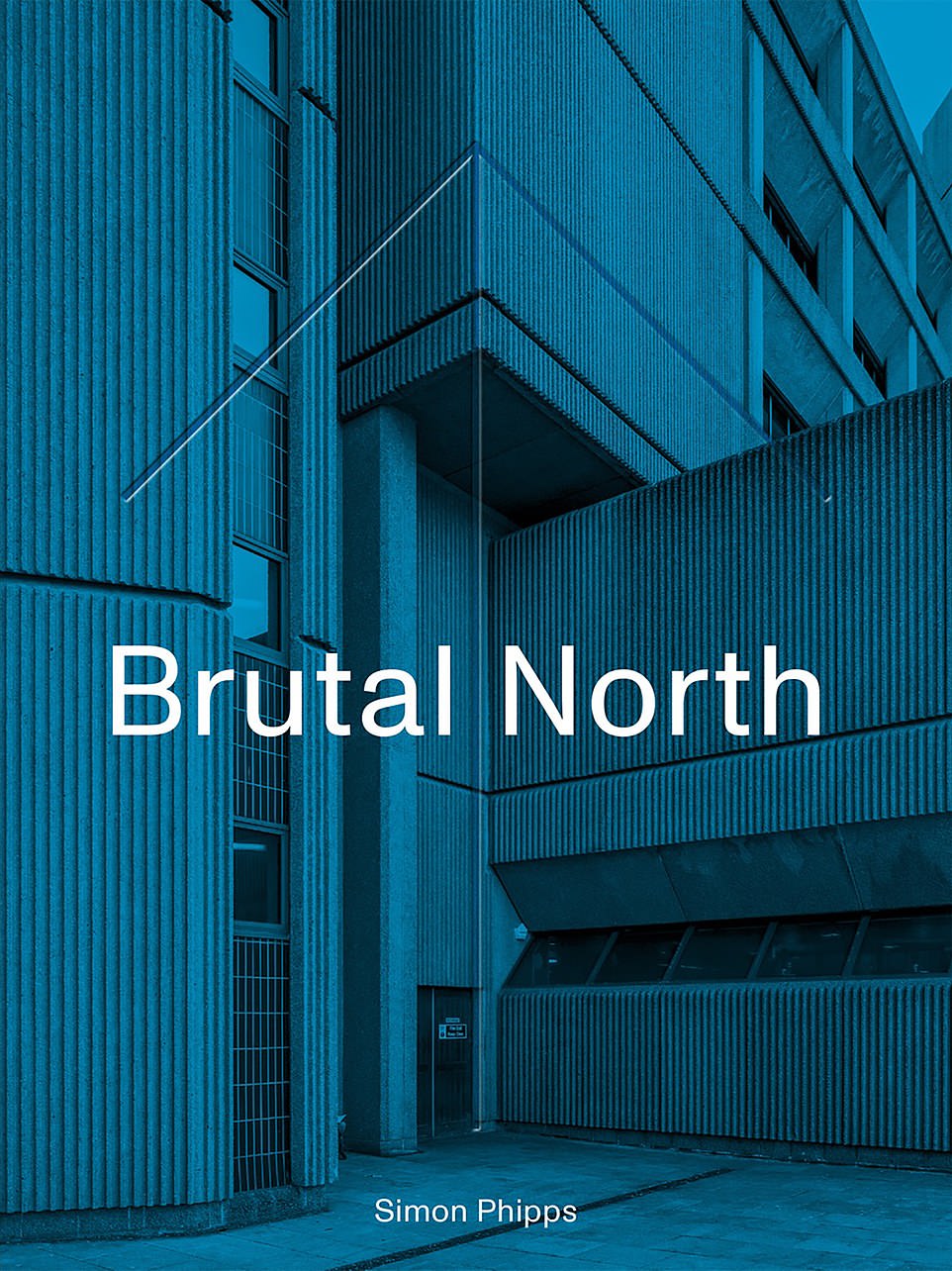