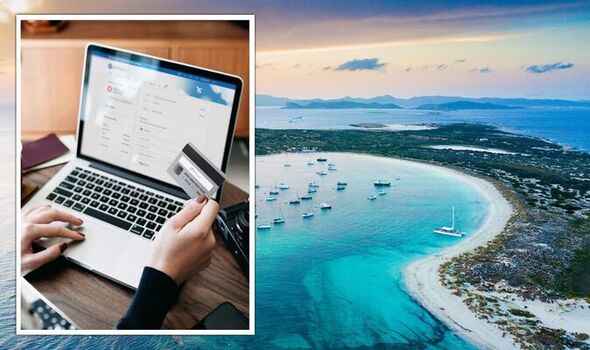 British travellers will soon have to pay to enter the EU under the new ETIAS scheme. The scheme will charge non-EU travellers to holiday in the Schengen Zone and the visa will need to be renewed every three years.

However, the scheme has not been introduced yet and is unlikely to be in place until late 2023.

Websites have tried to scam travellers by asking them to enter personal information or pay for a fake visa.

The EU warned that there could be “attempts to mislead applicants into believing that their site is the official channel for submitting an ETIAS application.

“This may give the false impression that the additional fee charged by the commercial intermediary is a mandatory part of the application process.” site is the official channel for submitting an ETIAS application.

An ETIAS will be a requirement for non-EU travellers to enter the Schengen Zone, which is made up of 26 countries.

British tourists will need to apply for an ETIAS in an online application which will be offered through an official EU website.

It is expected that the ETIAS will be granted in under half an hour in most cases, although it may be longer in complicated cases.

The ETIAS is being introduced to improve border security and to allow the EU to have more control over its borders.

The cost of the ETIAS is expected to be seven euros (£6.04) but travellers under the age of 18 and those over 70 will not have to pay.

It will have to be renewed every three years and visitors will be allowed to stay for 90 days at a time in a 180 day period.

The application process is not open yet and British travellers are not able to buy one through a third party website.

The application form is expected to take less than 10 minutes and a small number of people may also have to attend an in-person interview.

British tourists will need an ETIAS whether they are entering the Schengen zone via land or train.

Some travel experts have said that queues at borders are likely to be long due to the extra time needed to process the ETIAS.