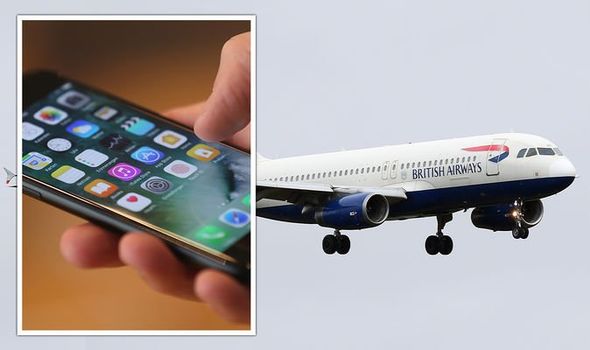 This week, concerns that the 5G system could interfere with the radio altimeter of planes, which is crucial for landing, were raised.

For this reason, British Airways has decided to cancel most flights to the US.

All flights from Heathrow to Boston, Chicago, Los Angeles, New York, and San Francisco were cancelled on Wednesday.

British Airways said: “Safety is always our priority and although we had to cancel a handful of services, we’ve done everything we can to minimise inconvenience for our customers.

“We’ve changed the aircraft operating some of our flights and rebooked those on cancelled services onto alternatives.

“We’re disappointed that, like other airlines, some of our customers’ travel plans have been disrupted.”

The issue started as US mobile networks went ahead with the rollout of 5G towers.

However, 10 percent have not been activated because they are too close to airports.

Before the pause on the rollout was announced earlier this week, many airlines had cancelled all their flights operated by Boing 777 aircrafts.

The issue has caused major disruptions with cancellations, shortage of staff and lack of planes.

British Airways said all flights from the UK to the US operated by Boeing 777s are being cancelled while those operated by Airbus A380s are still going ahead.

Many other airlines cancelled their flights too.

Emirates cancelled all its flights to the US “until further notice”.

Other airlines such as Air India, Japan-based ANA, Japan Airlines, and Korean Air made cancellations.

Virgin Atlantic, which does not operate Boeing 777s, said all their flights are going ahead as usual.