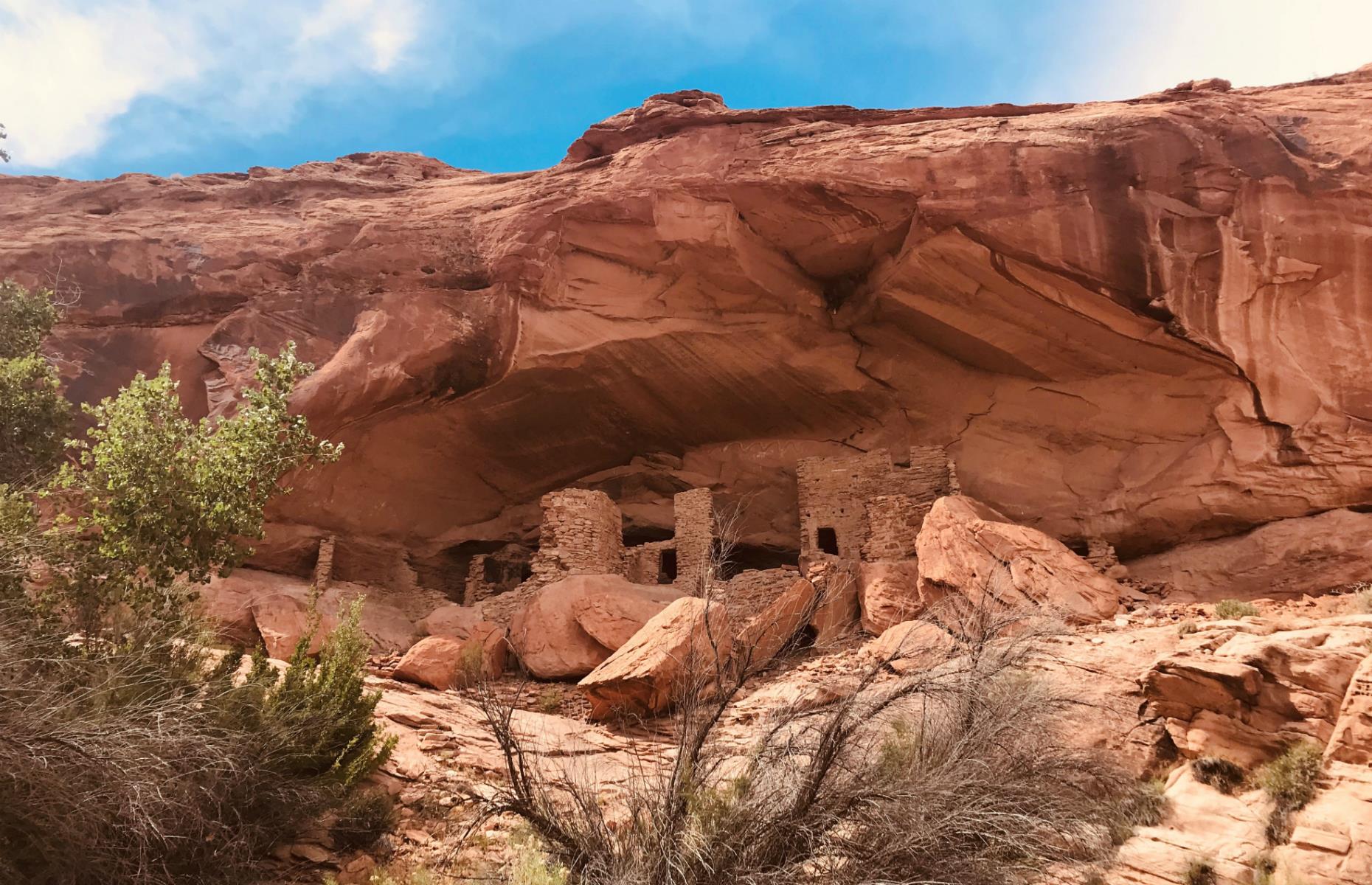 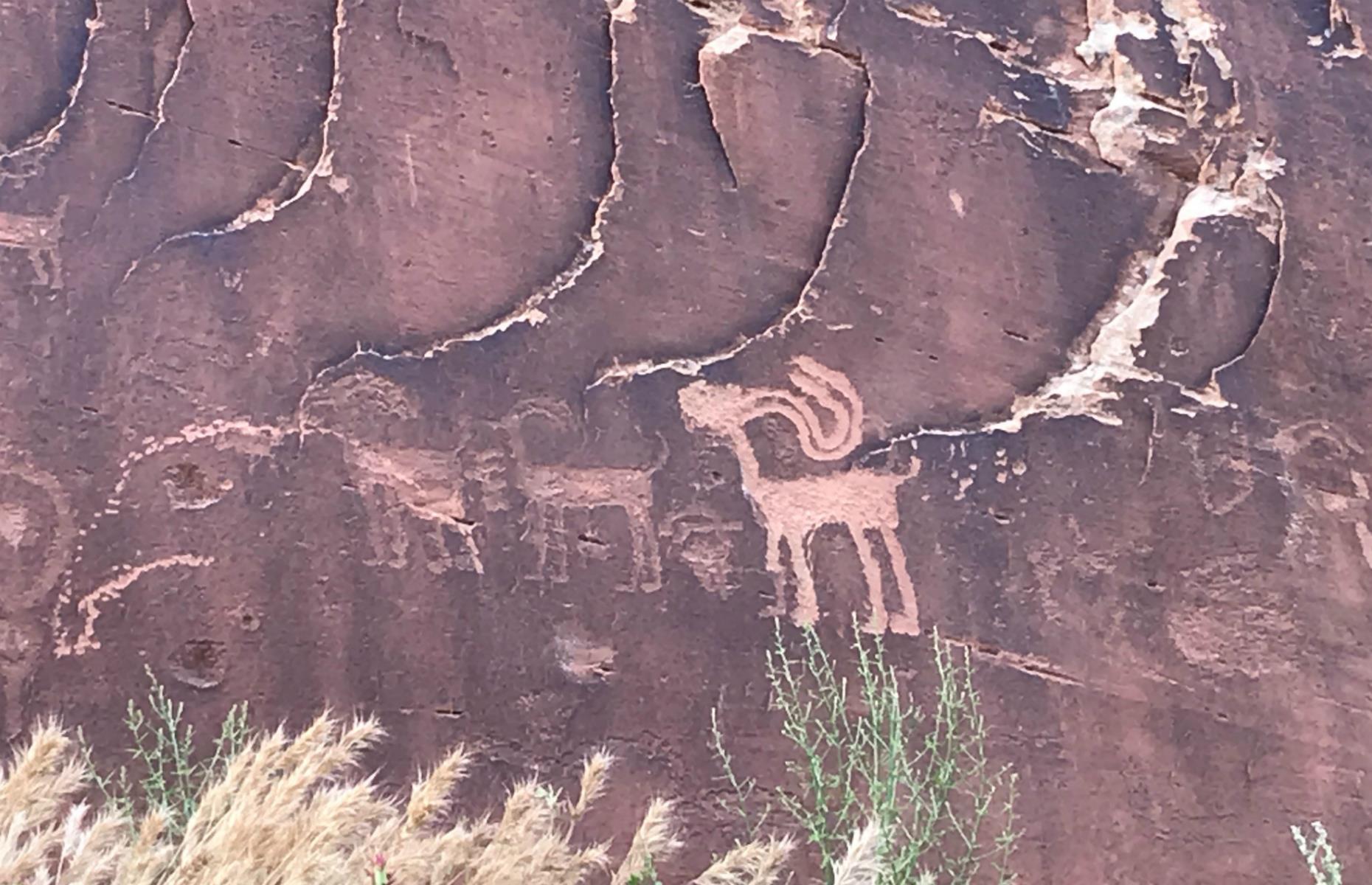 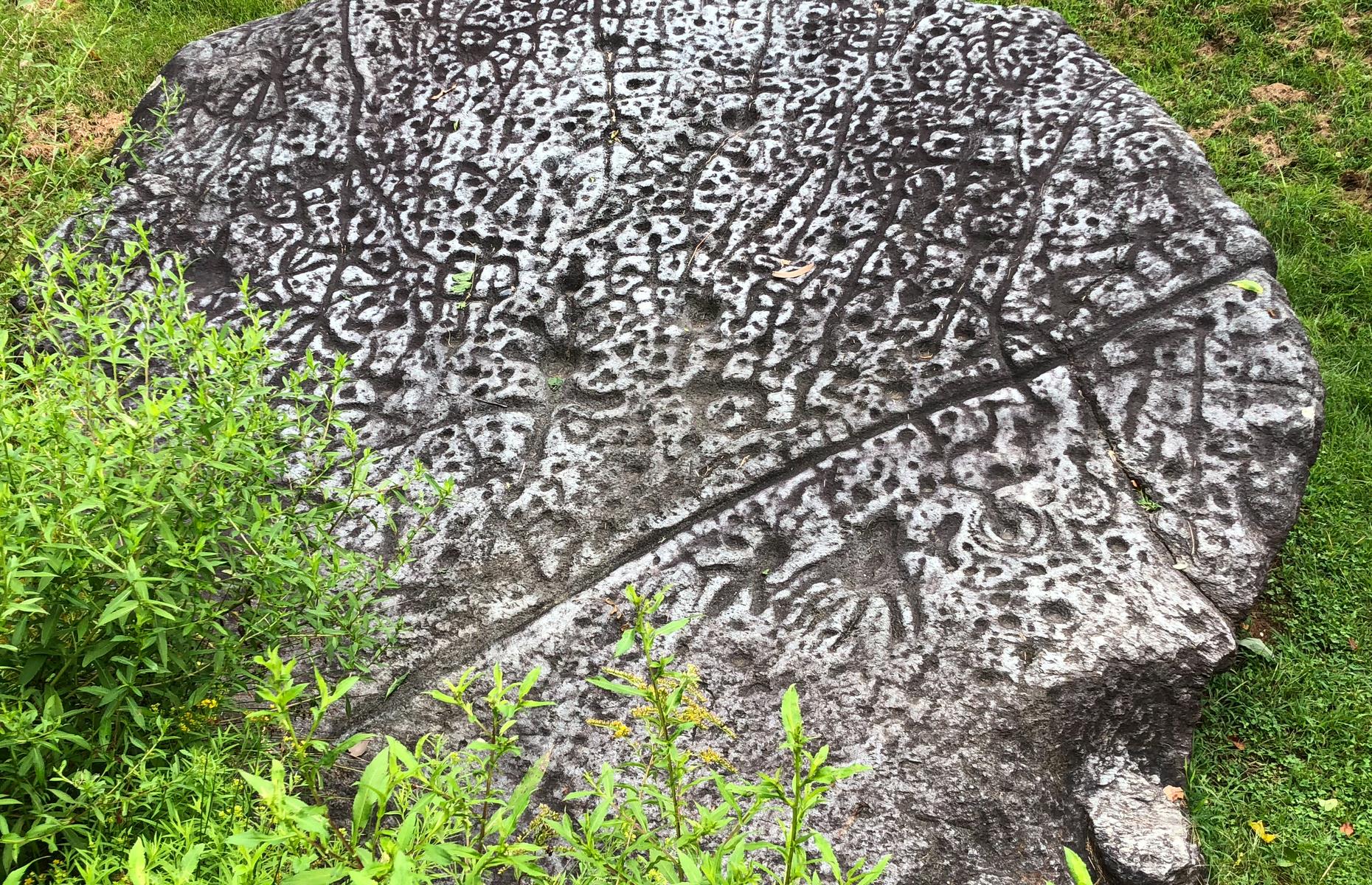 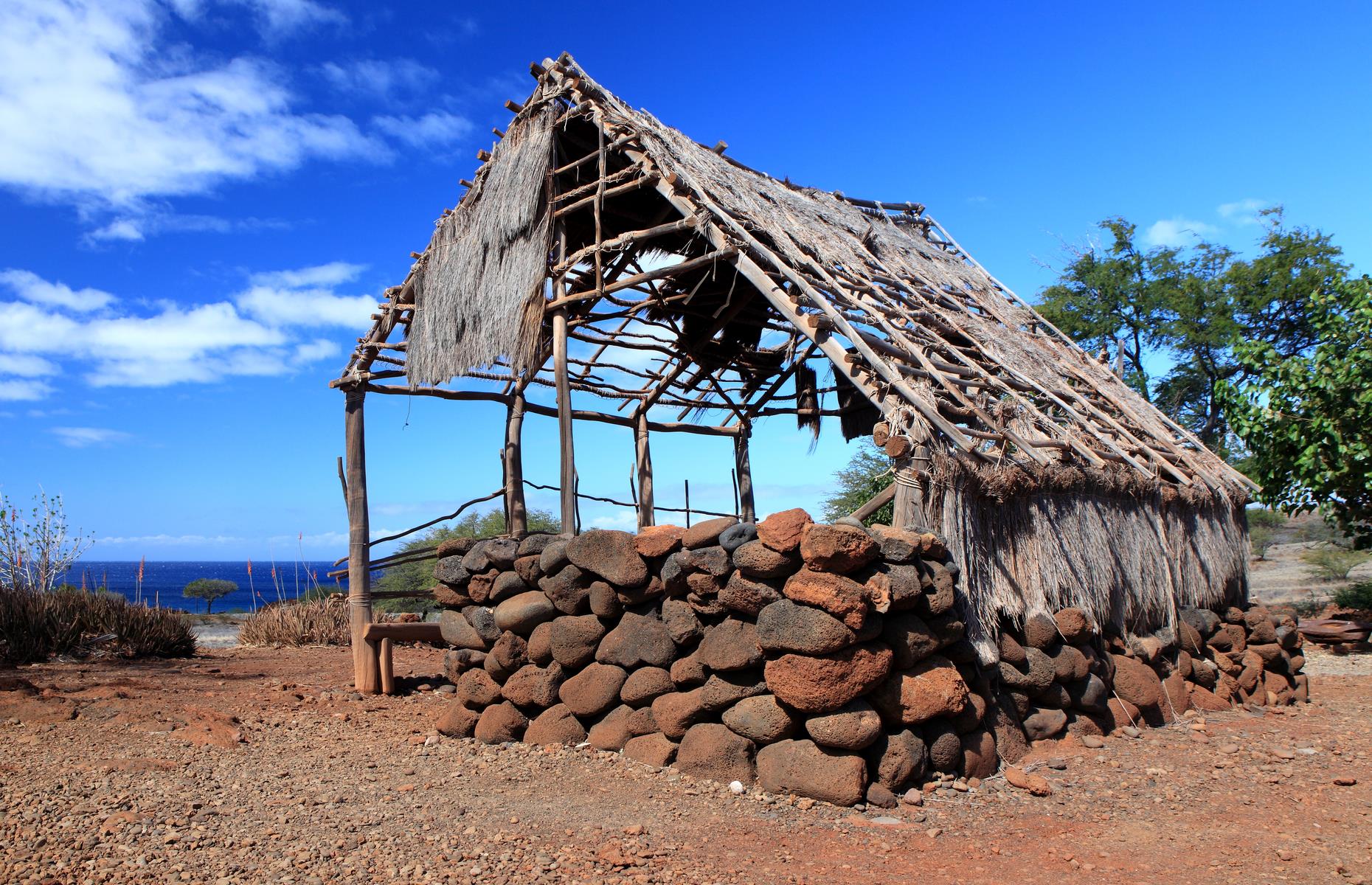 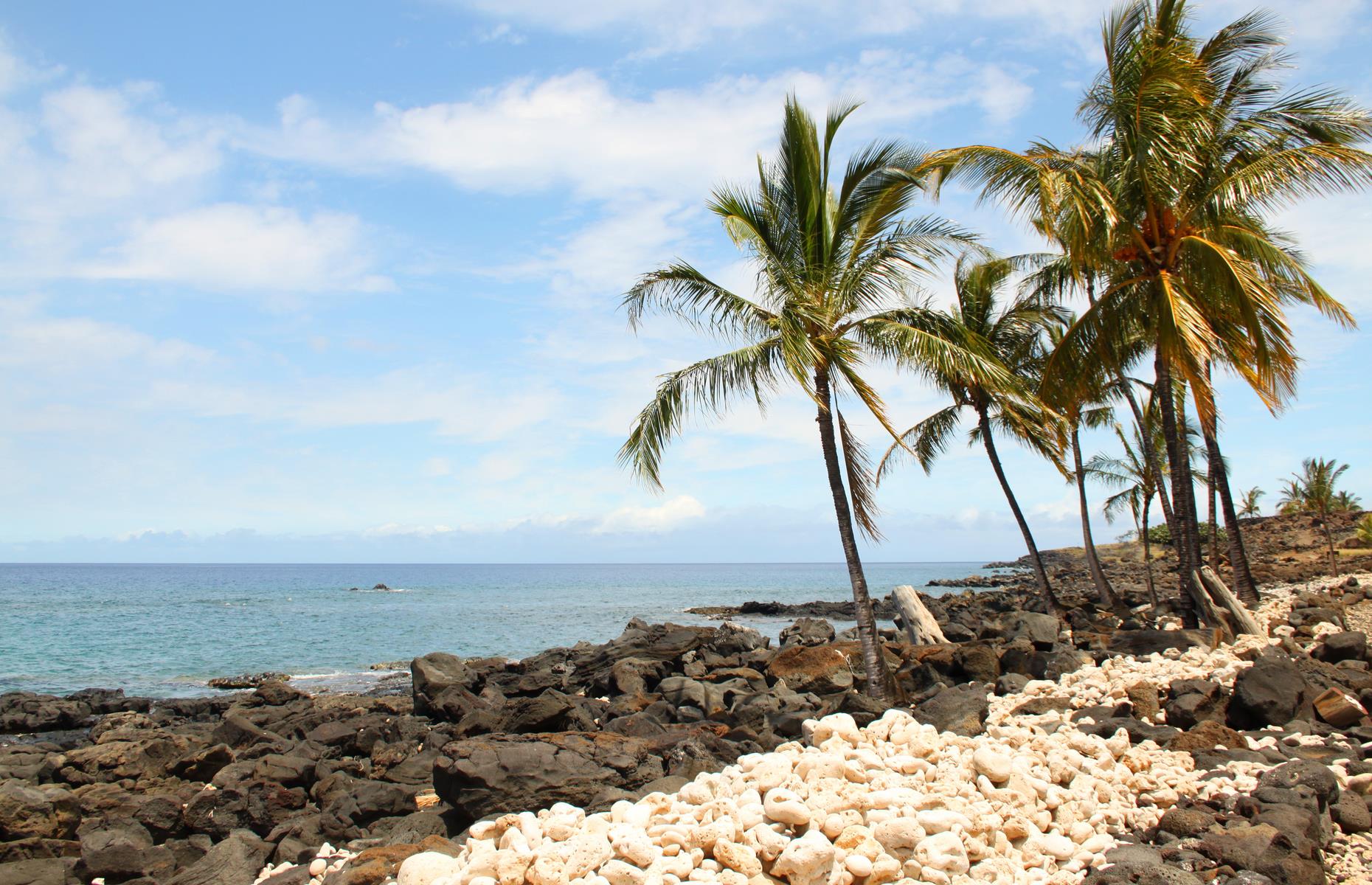 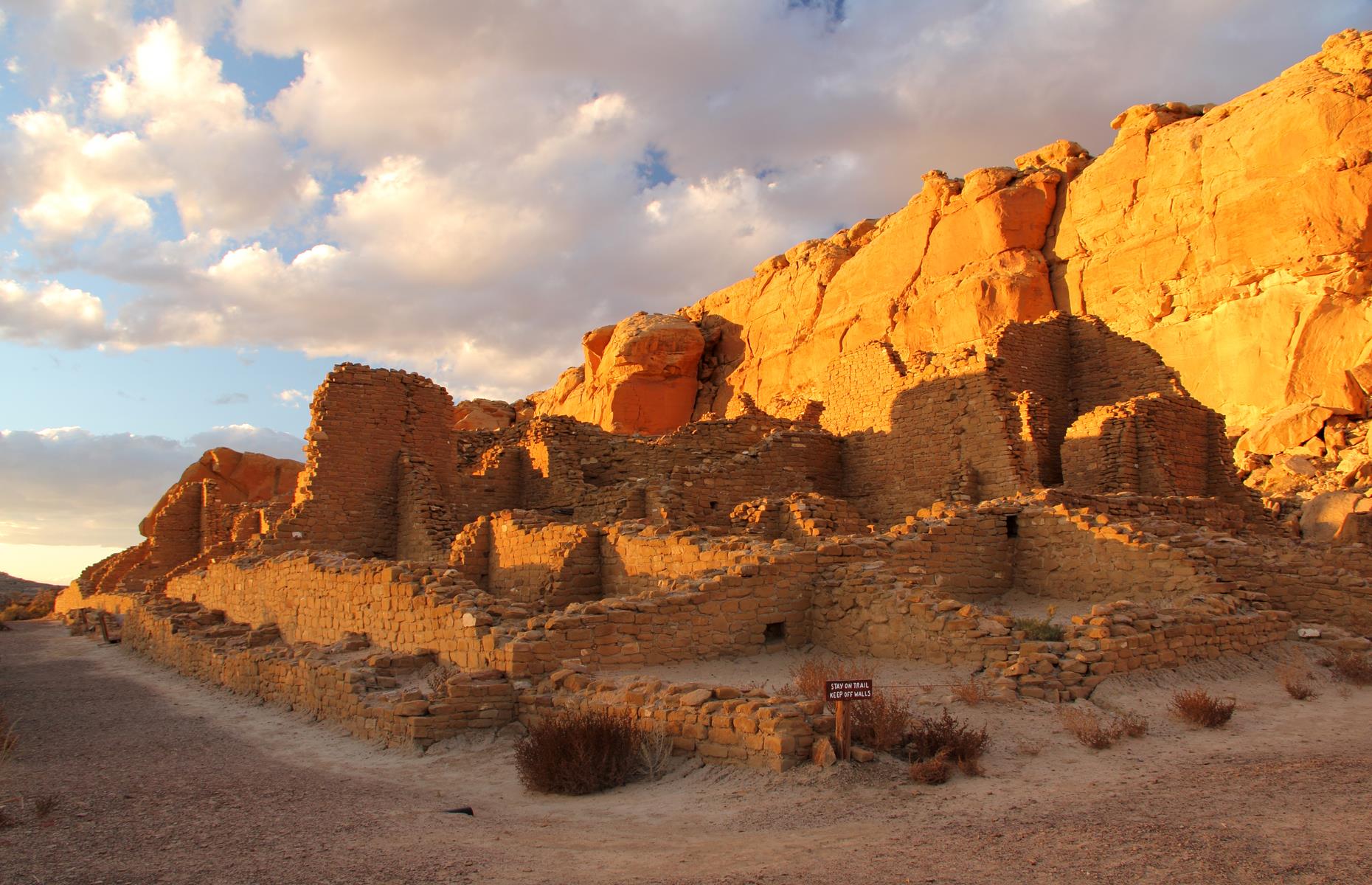 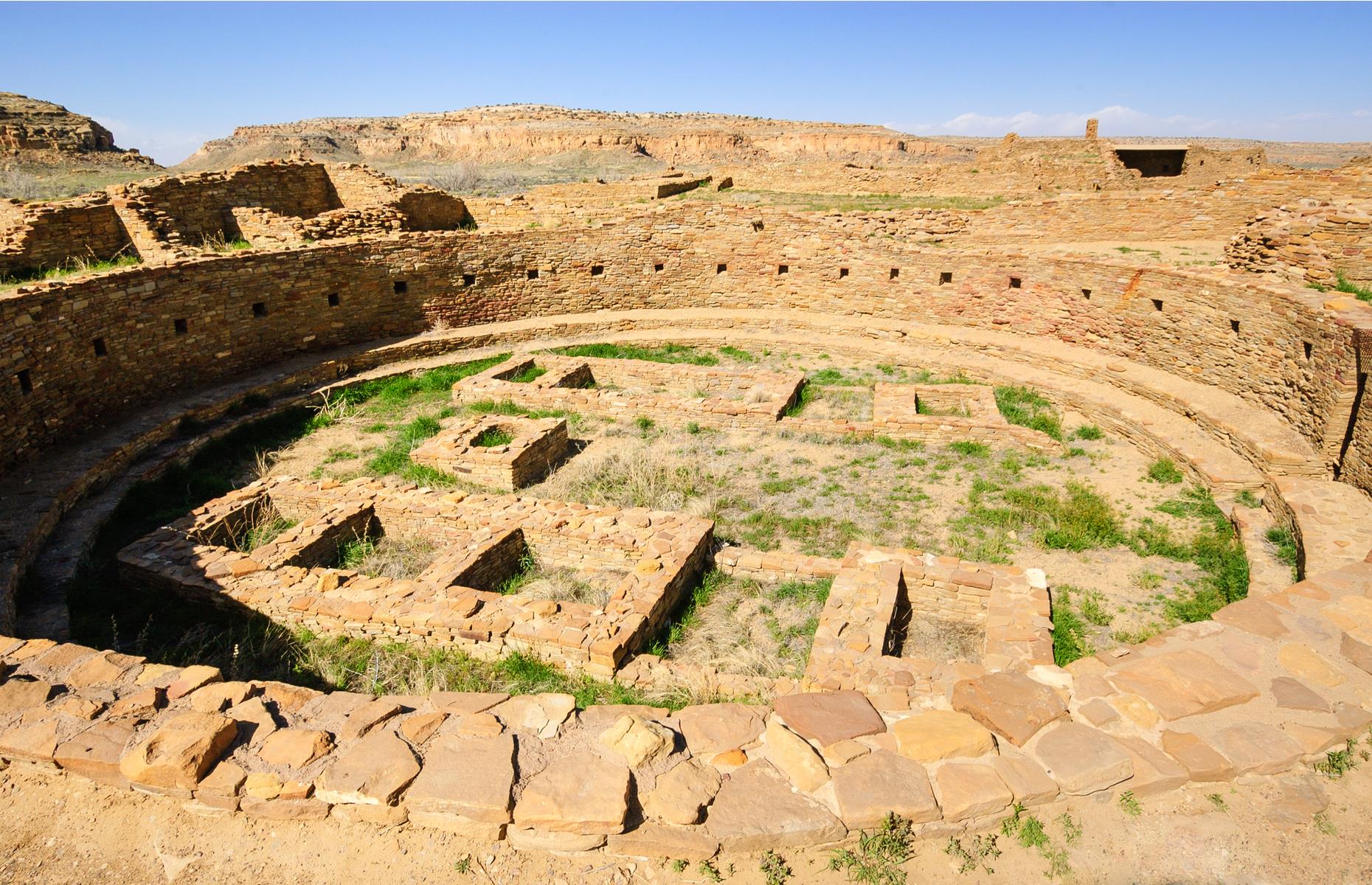 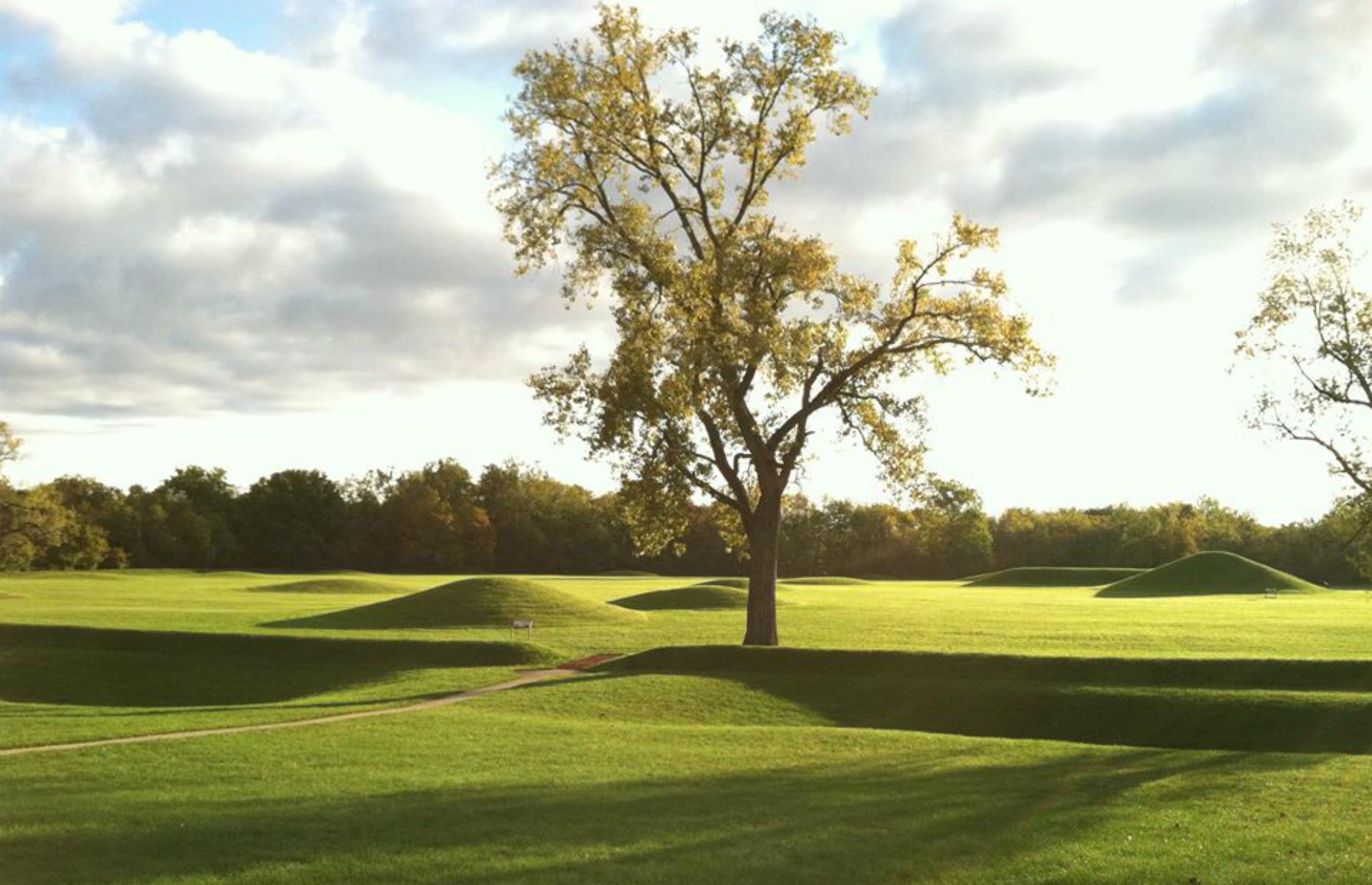 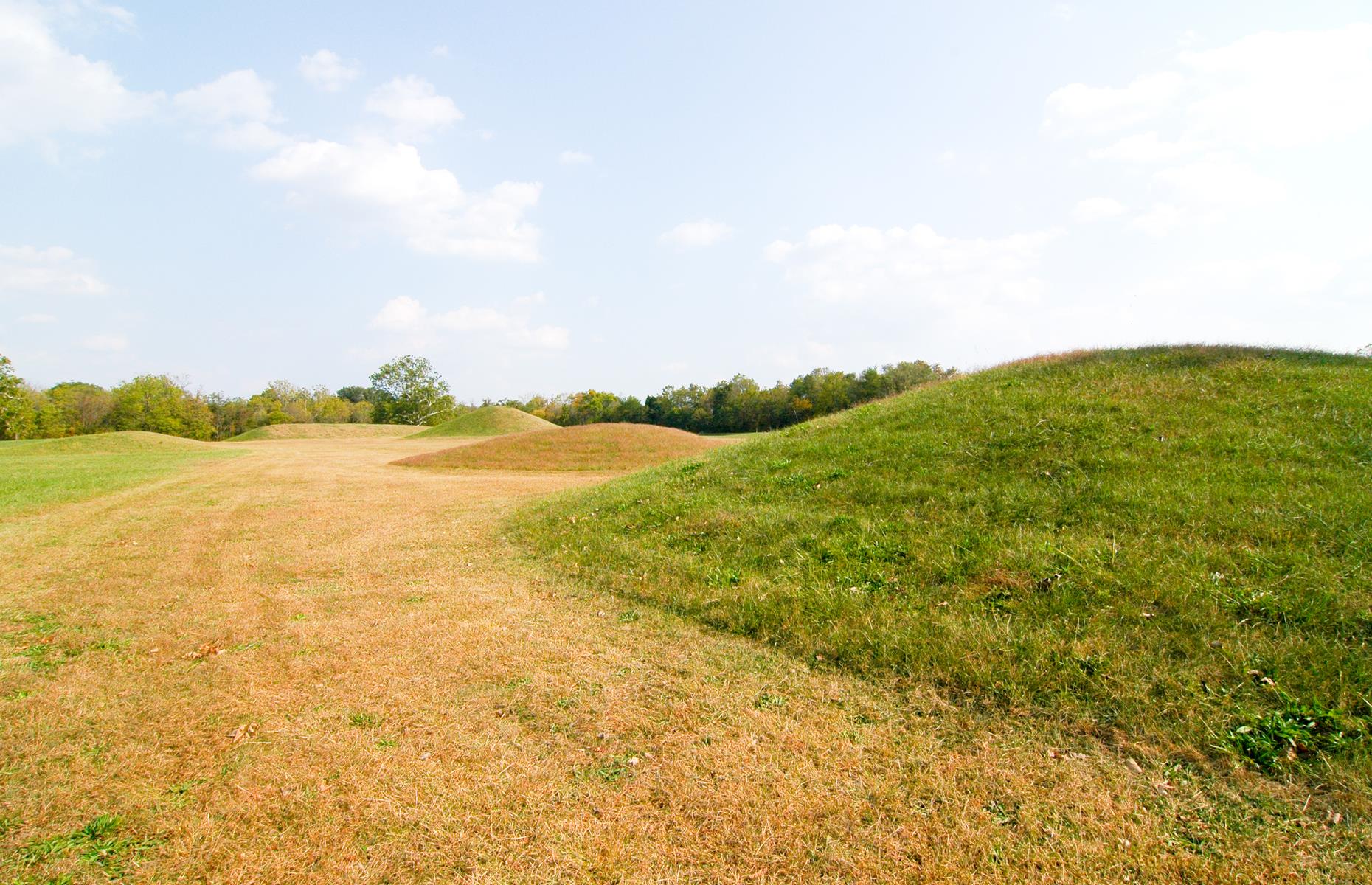 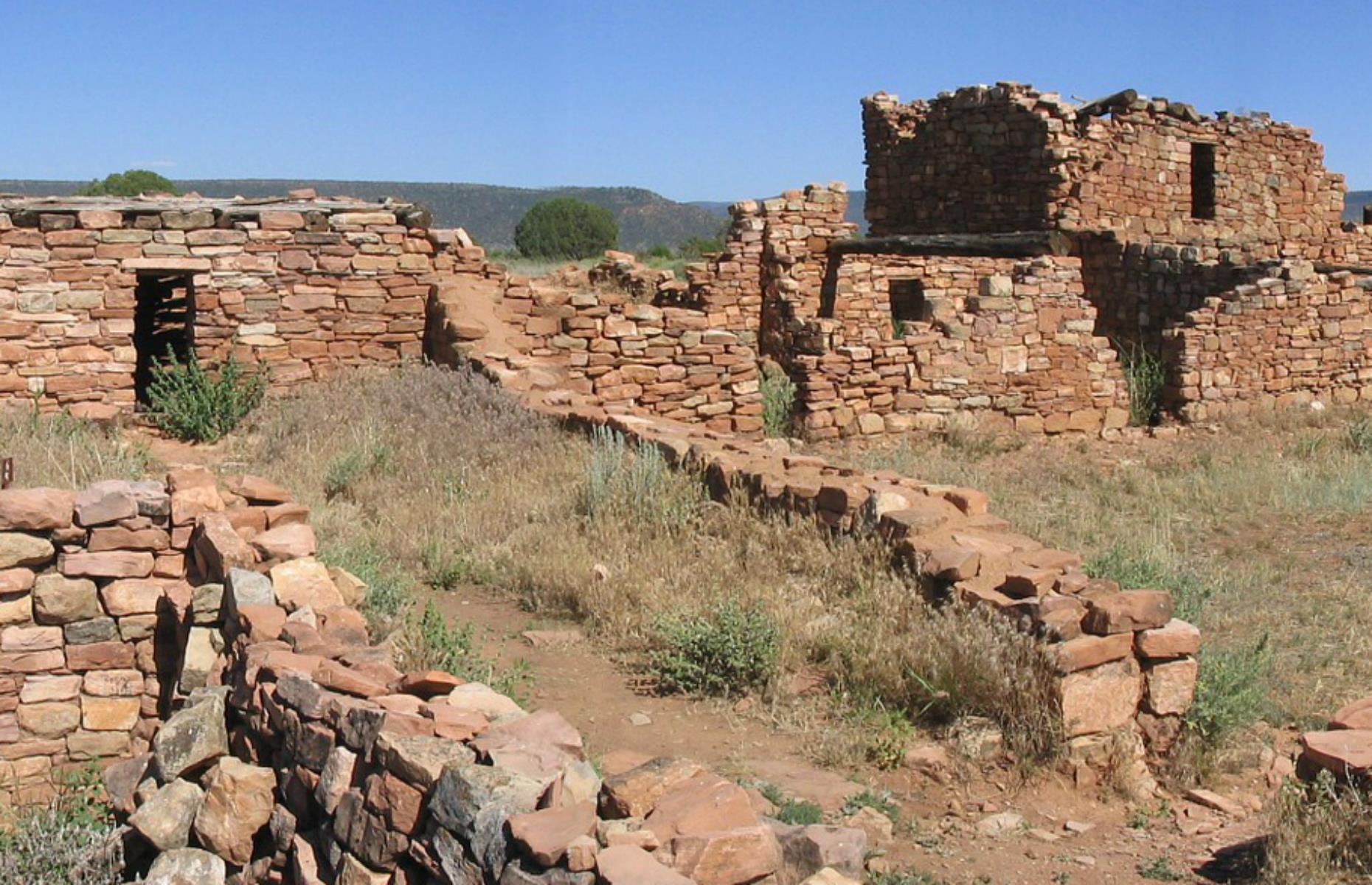 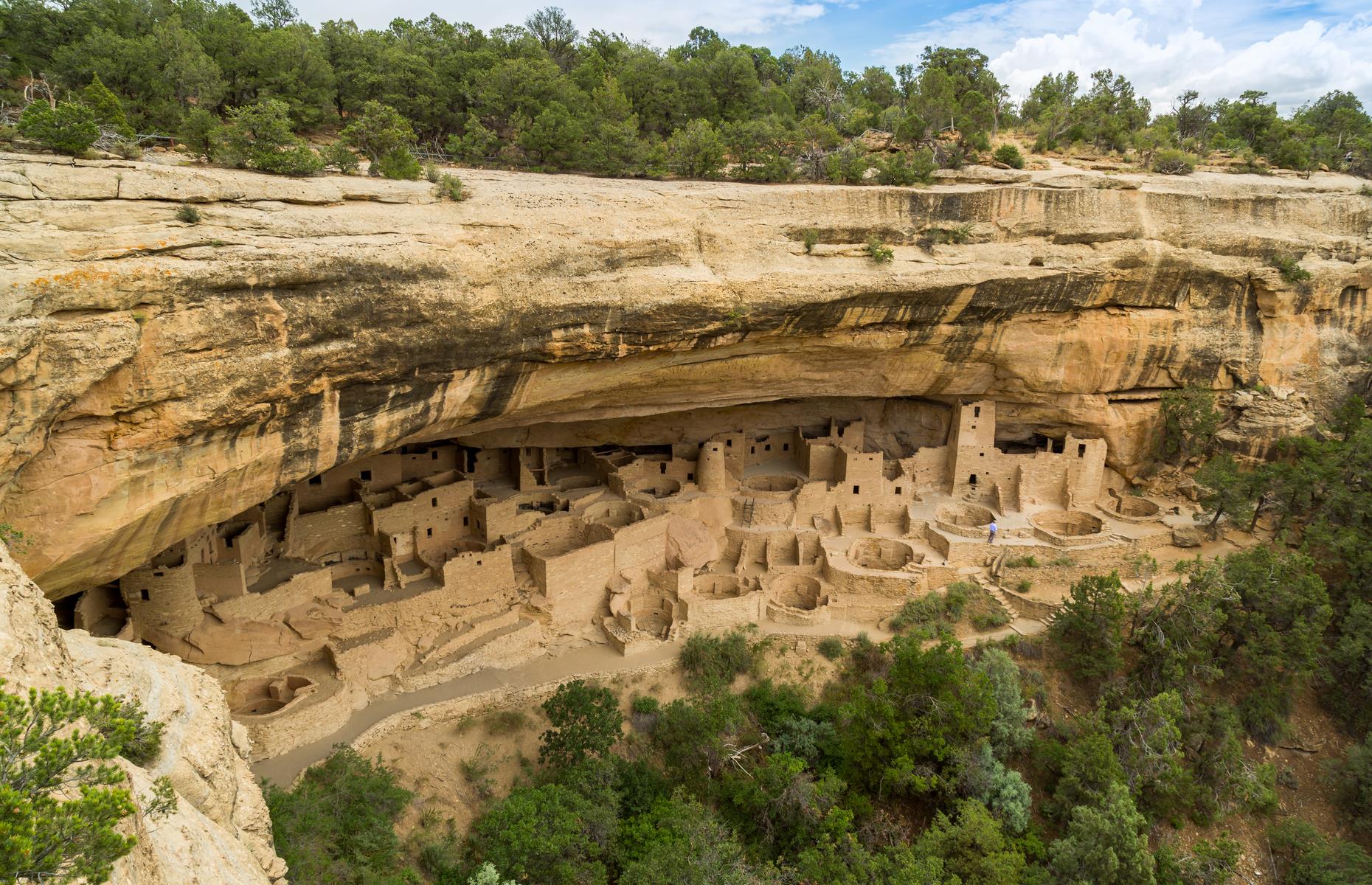 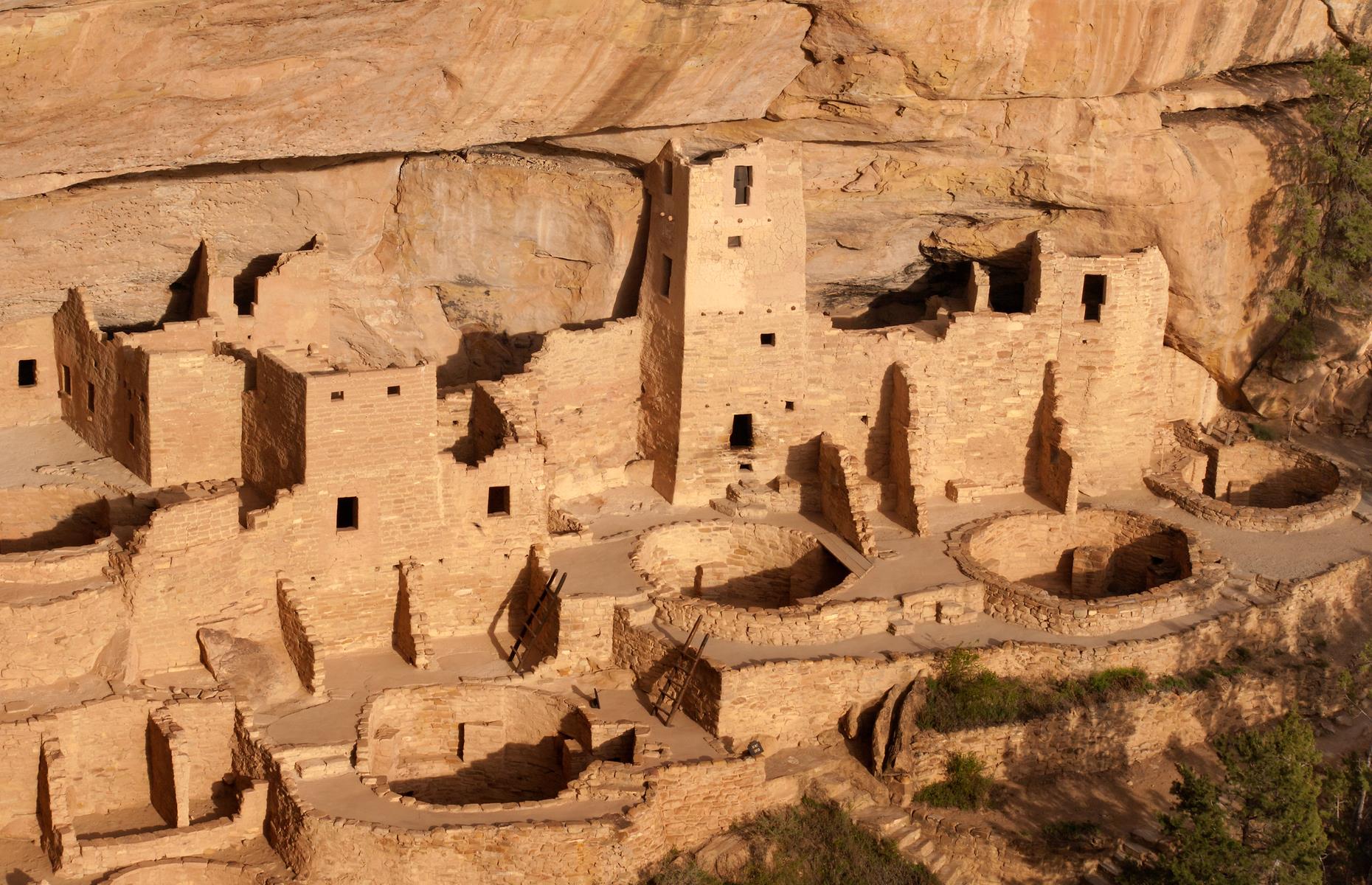 Remains of the days

There’s evidence that humans inhabited this rugged land of canyons and cliffs more than 11,000 years ago, though its striking structures were built by Ancestral Puebloans around AD 1150. The Los Alamos site is home to the remnants of stone walls, petroglyphs, and buildings expertly carved into sheer rock faces.

Around 30-minutes’ from River House Ruin near Bluff is one of the finest surviving examples of Ancestral Puebloan wall art in Bears Ears National Monument. This petroglyph panel stretches for 100 yards (91m) and has rock art spanning more than 2,500 years. Images of fertility deity Kokopelli and a flute-playing bighorn sheep are marked onto the rock above clearer, more recent Ute and Navajo carvings. Discover more about what to see in Southern Utah with our full guide to Bluff and beyond.

Spread across six square miles (16sq km) and with an estimated population of between 10,000 to 20,000, Cahokia was once bigger than London. Or at least, London as it was in AD 1250, when North America’s first-known city reached its peak. The land is dotted with around 80 earthen mounds and their origins are shrouded in mystery.

Archaeological sites are rarely more scenic than Lapakahi State Historical Park on the island of Hawaii’s North Kohala coast. The ancient fishing settlement is set against a backdrop of palm trees and shimmering blue waters and fringed by a striking beach with black and white stones.

Something sinister – and huge – appears to lurk beneath the grass at this site in Peebles. Thankfully there isn’t a snake slithering here. This is actually the world’s largest serpent effigy, a mound that winds across a plateau in the shape of a snake. It’s believed to have been constructed by Native Ohioans, though archaeologists haven’t been able to pinpoint a specific culture or date, with estimates varying wildly from 321 BC to AD 1070.

Stone circles are so often shrouded in mystery. Bighorn Medicine Wheel, in northern Wyoming’s Bighorn National Forest, goes one further and is shrouded in snow through the winter months. In summer, it melts away to reveal limestone rocks scattered in a wheel shape with spokes encased in a large circle.

National Geographic once described Moundville as “The Big Apple of the 14th Century”. The 29 flat-topped earthen mounds, crafted by Native Mississippians around 800 years ago, may not quite measure up to the skyscrapers of modern New York, but they speak of a sophisticated and advanced civilization.

Today the archaeological park, on the Black Warrior River near Tuscaloosa, preserves 326 acres of the grounds. There is a nature trail and paths that weave around the mounds, which were once topped with nobles’ homes and ceremonial structures. Now discover the secret wonders hidden in the world’s largest deserts.

Ancestral Puebloans built what was effectively a huge trade center in the heart of the New Mexican desert. Chaco Culture is made up of a series of huge stone buildings, constructed around AD 850, and it’s believed it was used as a ceremonial and administrative center despite the arid landscape and long winters.

Locations don’t come much more impressive than the perch occupied by this high-rise building, tucked into limestone cliffs in the desert of Camp Verde. Montezuma Castle was built and occupied by the Sinagua people between AD 1100 and 1425, and used as an abode with 20 rooms.

It was among the first four sites given the designation “National Monument”, in 1906, and for decades visitors could access it via a series of cliffside ladders. Now, to prevent further damage, it can only be viewed from the ground. There are further dwellings around Montezuma Well, six miles (10km) away – some more than 1,000 years old.

The Hopewell peoples – made up of various Native groups – once gathered around the grassy mounds and enclosures of this national historical park for ceremonies from feasts to funerals. The mounds, built around 2,000 years ago and containing structures up to 1,000-feet (305m) wide, are preserved across six separate locations across the park.

When the park is open there is a self-guided trail around the mounds or you can sign up for a ranger-led tour for a more in-depth look at the structures and archaeology. Or, if you’re there during summer, reflect on the site’s spiritual and cultural significance with a free outdoor yoga class. Now check out the world’s most incredible Roman ruins.

The earthen mounds at and around Poverty Point dwarf most others in size and also age – the nearby Lower Jackson Mound has been dated to about 3900 BC. It’s thought that the impressive mounds and concentric half-circles here were shaped by hand too.

The nine masonry buildings that make up vast Kinishiba once contained up to 500 rooms across the ground floor and housed up to 1,000 people. The Pueblo village, constructed by pre-Columbian Mogollon people between AD 1250 and 1350, was abandoned in the late 14th century for unexplained reasons. Now you can enter the site, part of the Fort Apache Historic Park, in a grassy valley on land belonging to the White Mountain Apache Tribe.

From a distance, Cliff Palace resembles a sprawling, intricate sandcastle city. Tucked in an alcove beneath the bluffs in Mesa Verde National Park, the Ancestral Puebloan ruin is believed to have been built between AD 1190 and 1260. It’s also the largest known cliff dwelling in North America.

The palace’s many rooms and kivas – spaces used by Puebloans for religious rituals and meetings – are carved out of sandstone and supported by wooden beams and mortar. It’s incredibly well-preserved, and tours are only ever with the park’s rangers. Now check out 50 incredible wonders of the world.