‘The cities are cleaner and safer, but there’s a “know your place” mindset’: American who moved to London reveals what surprised her about the UK (and how she misses U.S optimism) 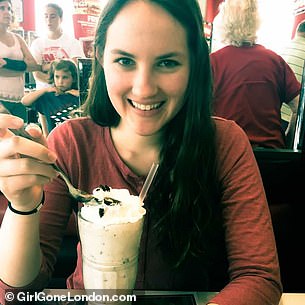 A few surprises lay in wait for Kalyn Franke before she moved from Florida to the UK. To begin with, not everyone is like a Mary Poppins character.

‘I think as Americans, we are brought up thinking that British people are essentially straight out of Mary Poppins, with that same kind of accent,’ she tells MailOnline Travel. ‘Being exposed to a wide variety of British people and culture definitely helped me see that this is just a small segment of society here. The accents vary so much across the UK, as a starter.’

Kalyn, 30, is originally from Florida but has lived in the UK capital for 10 years and now produces blogs, videos and online courses about life in the country full-time. She has a website called GirlGoneLondon.com and there’s even a Girl Gone London book – ‘a frank and honest look at the differences between the UK and America’.

Kalyn moved to London via her U.S university’s ‘study abroad program’, ‘fell in love with the city and never looked back’.

She reveals that one of the most memorable first impressions was how clean the UK seemed.

She says: ‘I remember being incredibly impressed by how clean everything felt compared to some major US cities.’

And she was pleased about feeling safe, too.

She continues: ‘It felt safe. And I loved that I could travel around by myself as a solo female traveller without much worry, including worries that I have in the U.S regarding guns.’

Kalyn was also surprised by how muted the locals were.

She says: ‘I was surprised by how quiet it felt to me in certain situations. As an American, I’m used to a more boisterous culture – you can usually hear us coming from a mile away – but in the UK I was struck by how quiet it was on a commuter-hour train, for instance.’

Kalyn has noticed that Britons tend to be quite self-deprecating, but says that Americans see through this.

She says: ‘I think the self-deprecating culture of the UK doesn’t easily translate to the U.S. I think Americans perceive Britons in a higher regard than most Britons would talk about themselves because of this culture.’

Kalyn reveals that she’d love to inject the British with that renowned American ‘can-do attitude’.

She continues: ‘I’d like to bring over that sense of American optimism and enthusiasm. We are brought up in the U.S to believe that “we can become anything we want to” and while it may not be entirely grounded in reality, I prefer it to the more British mentality that often feels like you should “know your place” and perhaps “dream, but not too big”. 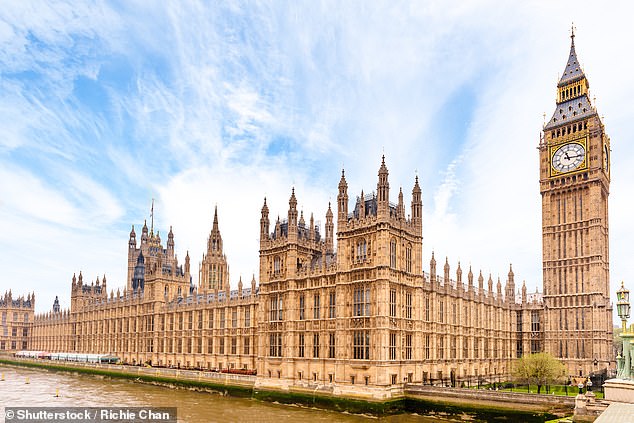 ‘I often think this relates to the differences in the class system and ruling in both countries as well. In the U.S, if you are a U.S-born citizen, you technically can become president one day. In the UK, no matter how hard you tried, unless you were born into the royal family, you will never be at the very “top” of the UK governing system.’

However, Kalyn believes there’s something the British have that Americans could benefit from. Britons know it as the ‘Blitz Spirit’.

Kalyn says: ‘From the UK to America, I’d like to bring over the “we’re in this together” spirit. We saw during Covid how many Americans definitely didn’t view the pandemic as something to band together about, whereas in the UK, there was a feeling of doing the right thing by your neighbour and others in the community and banding together to all work towards a common goal.’

The writer is also a big fan of the UK’s healthcare system and its ‘far superior work-life balance’. 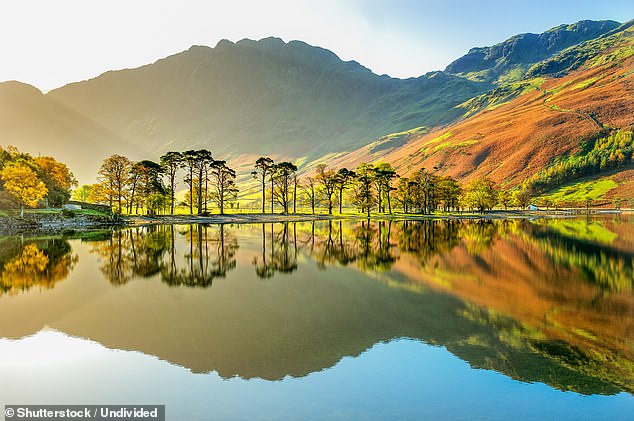 A must-visit outside London is the Lake District, says Kalyn. Above is the area’s stunning Buttermere lake 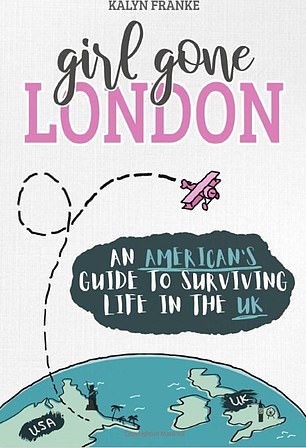 What bits of the UK does she tell Americans they should make their priority to visit?

She reveals: ‘Obviously London, because it is the heartbeat of the south of the UK and is such an international city. Visitors shouldn’t miss Westminster Abbey and the Houses of Parliament, the British Museum (where Cleopatra and the Rosetta Stone can be found), and Borough Market for its thriving street food scene and electric atmosphere.’

Her personal go-to haunts in London are Da Mario in Kensington, one of Princess Diana’s favourite Italian restaurants – ‘I love it there’ – as well as Camden Market ‘for its quirky shopping’, Regent’s Park ‘for that beautiful view of the city from Primrose Hill’ and Ben’s Cookies (there are kiosks spread around London), which are ‘genuinely the best cookies I’ve ever eaten’.

Outside the capital, Americans, says Kalyn, should make a beeline for the Lake District, ‘for its stunning beauty and natural scenery’, the coast of Wales ‘for some of the best UK coastline you’ve ever seen’, Edinburgh ‘for its charm and that gorgeous castle’ and Belfast ‘for its incredible history, museums, and insight into the history of the UK and Ireland’.

For more, buy Kalyn’s book, which ‘weaves practical advice about life in the UK’ with her ‘funny anecdotes and experiences to help Americans who want to move to the UK know what it’s really like, from visas to homesickness to crying in the grocery store – supermarket in the UK – because you can’t figure out what that vegetable is called’.