UK airports have been urged to cancel flights in July and August to avoid further travel disruption to passengers. EasyJet plans to operate at 90 percent of its 2019 capacity for the next three months – suggesting around 11,000 flights could be cut.

The move comes as disruption in recent weeks as a result of staff shortages that have caused London Gatwick and Amsterdam’s Schiphol to cap flights.

EasyJet said most customers should be able to rebook alternative flights, many of which would be on the same day, and pledged to notify customers as soon as possible.

The Department for Transport and the Civil Aviation Authority issued a joint letter calling for airlines to reduce their schedules. 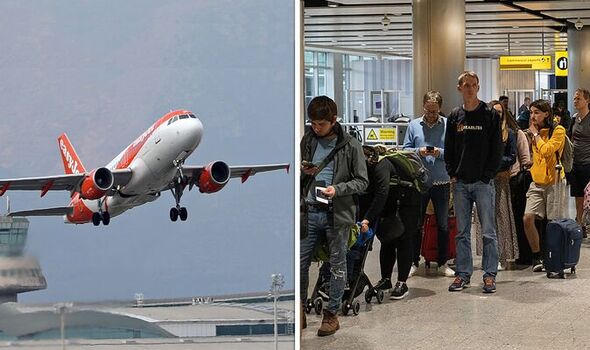 Together they wrote: “Cancellations at the earliest possibility to deliver a more robust schedule are better for consumers than late on-the-day cancellations.”

They continued: “Our expectation is that you and all those involved in delivering aviation services will take all possible steps to prepare for and manage passenger demand that helps to avoid the unacceptable scenes we have recently witnessed.

“It is important that each airline reviews afresh its plans for the remainder of the summer season until the end of September to develop a schedule that is deliverable.”

Some have attributed the disruption to staff shortages as the pandemic forced the travel industry to shut down. 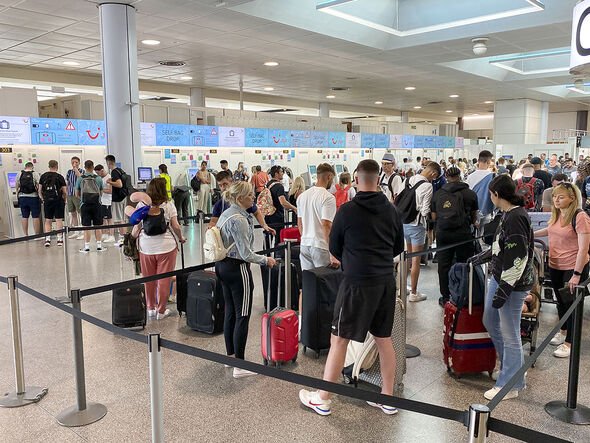 However, others have blamed the latest chaos on Britain leaving the European Union.

Chief executive of markets and airlines for TUI David Burling, said: “The shutdown in the aviation industry was more dramatic than in other countries in Europe. We obviously had Brexit.”

Mayor of London Sadiq Khan said the disruption was “self-inflicted from the Government” and as a result of “Brexit plus Covid”, as reported by the Independent earlier this month.

As a result, Express.co.uk readers were asked their opinions on whether Brexit was to blame.

In a poll that ran from 1pm on Thursday, June 16, to midday on Wednesday, June 22, Express.co.uk asked: “Should Brexit be blamed for travel chaos?”

A total of 1,716 people responded with the overall result with a strong 86 percent (1,475 people) voting “no”, Brexit is not to blame for travel chaos.

A further 14 percent (232 people) said “yes”, the UK leaving the EU was to blame while just nine people said they did not know either way.

Dozens of comments were left below the accompanying article as readers shared their thoughts on Brexit affecting the travel industry. 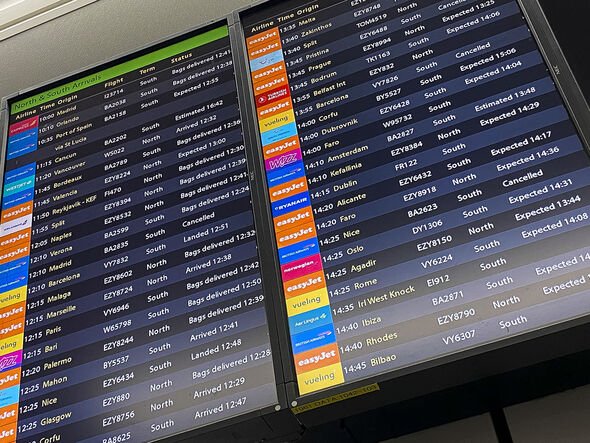 One reader, username CopyRight said: “It’s got nothing to do with Brexit. The problems are being caused by the lack of manpower as a result of Covid.

“Plus, travel has opened up again this year and the airports are being overwhelmed.”

Username grimm6 wrote: “Most of this was caused by the airlines and airports getting rid of staff. Nothing really to do with Brexit, just an excuse.”

And username Bolly1 said: “Of course not it’s down to the mismanagement of the airports. It’s not Brexit’s fault.”

Another, username X11 said: “If it had anything to do with Brexit why are some UK airports suffering more than others, why are some airlines coping OK, did they not leave Europe.

“Why are some airports in Europe suffering. It is ridiculous to blame this on Brexit.”