No sooner do I reach my room on the 10th floor (with private balcony) than I’m pinged. But it’s nothing more serious than a WhatsApp from reception welcoming me and asking ‘Should you need anything…’ etc.

But, then, everything about this latest Nobu in London’s Portman Square (the second in the capital and 13th around the world) is impressive, even if some cameos – such as British sculptor Ivan Black’s five-metre-long installation hanging in the two-storey lobby (below), featuring rotating metal fins – might not suit all tastes. 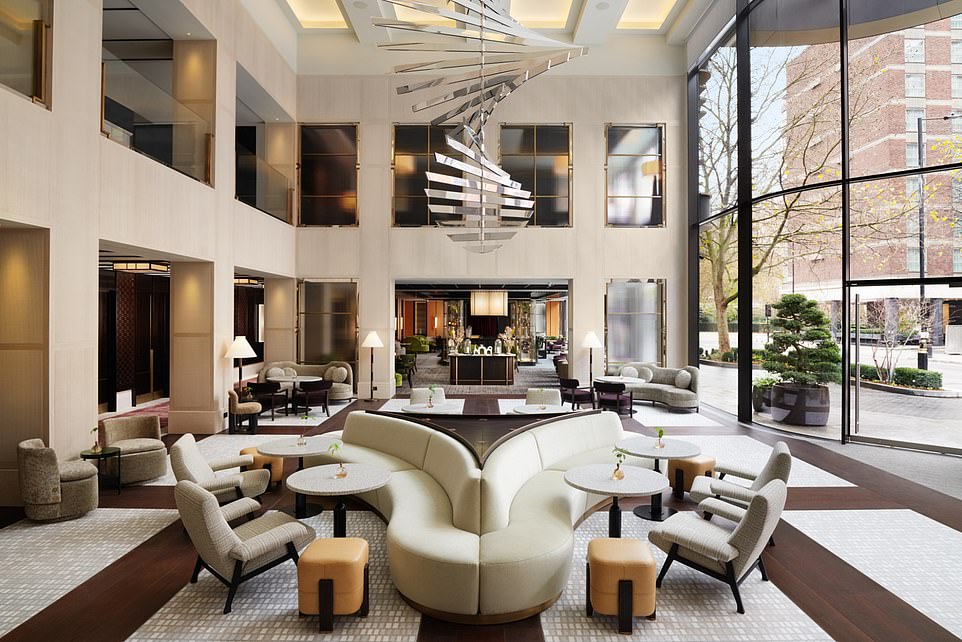 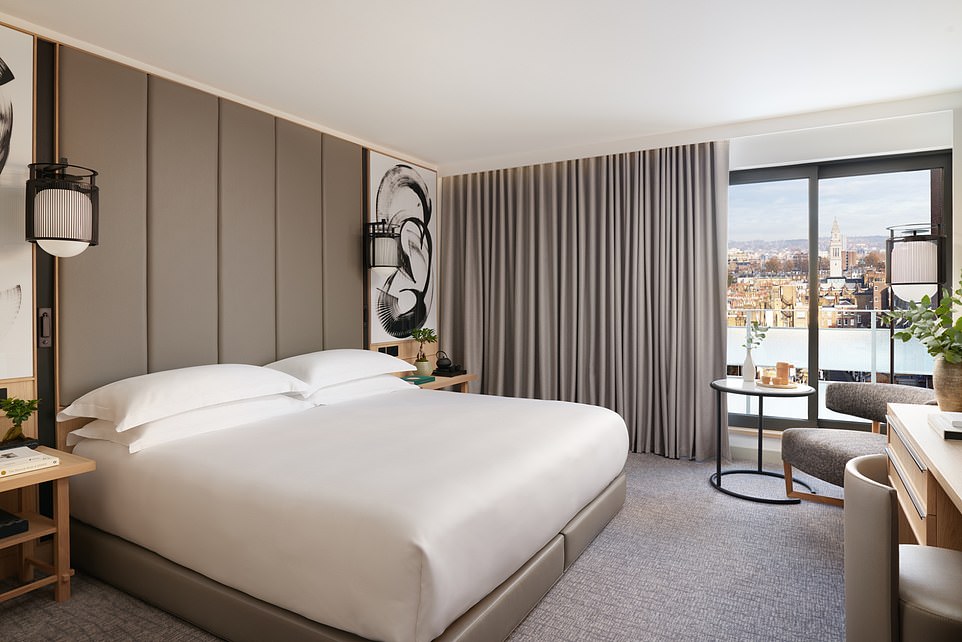 ‘There’s not a lot going on in my room – and that’s the point,’ writes The Inspector 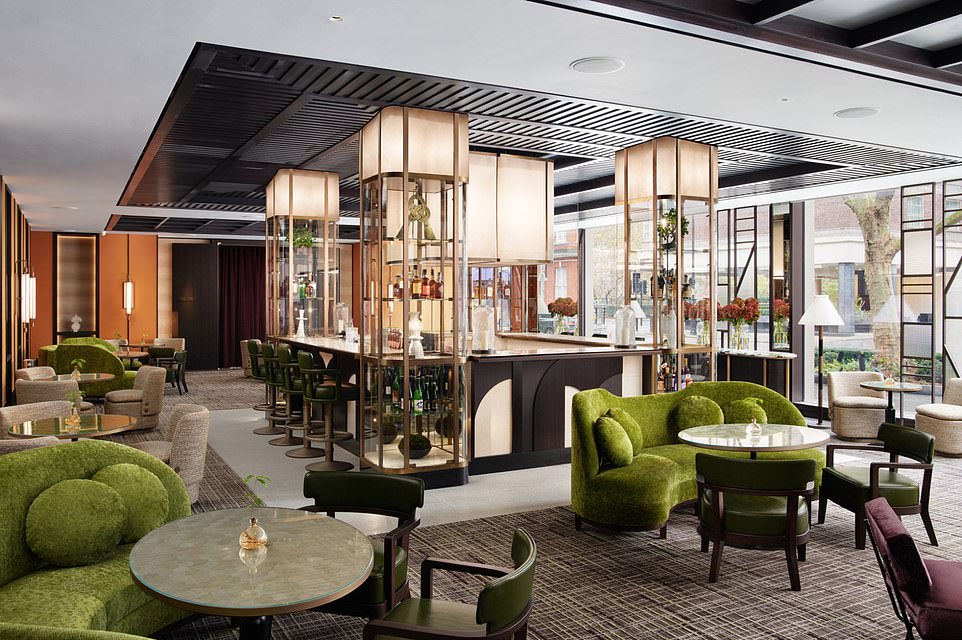 Robert De Niro is co-founder of Nobu, along with the ‘black cod miso’ specialist chef Nobu Matsuhisa, and apparently it was his idea to open the 249-room hotel during the pandemic, then close it, then open it again.

Possibly as a result, it exudes confidence. The minimalist aesthetic has a wonderfully calming effect; staff float rather than walk. There’s a Pilates studio in the basement, and the first-floor restaurant, with its open kitchen, can sit up to 200 people, with a further 50 outside on the terrace.

There’s not a lot going on in my room – and that’s the point. Sliding doors, Japanese tea set by the bed, Oriental lanterns, framed calligraphy, press-button shower. Absolutely no clutter.

Eating on the terrace is on a first-come-first-serve basis and it’s chocka so I’m given a table upstairs. It’s outrageously expensive (expect to pay £100 a head with not much to drink) but the people-watching comes free.

Most diners look like they’ve just got off their yachts – or sunbeds. All are glowing. 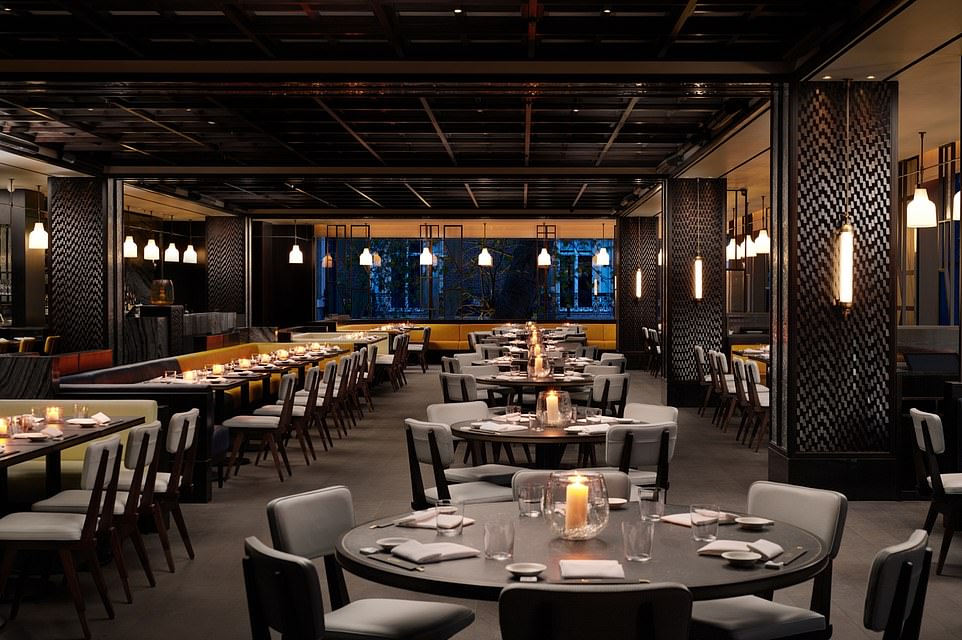 The first-floor restaurant can seat up to 200 people, with a further 50 outside on the terrace 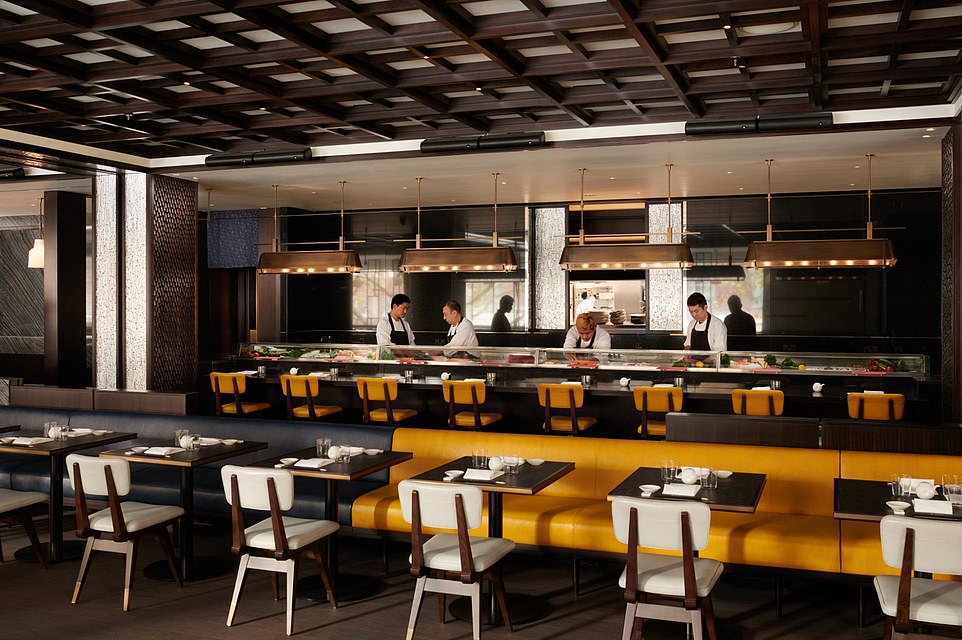 The Inspector says of Nobu’s restaurant: ‘It’s outrageously expensive (expect to pay £100 a head with not much to drink) but the people-watching comes free’ 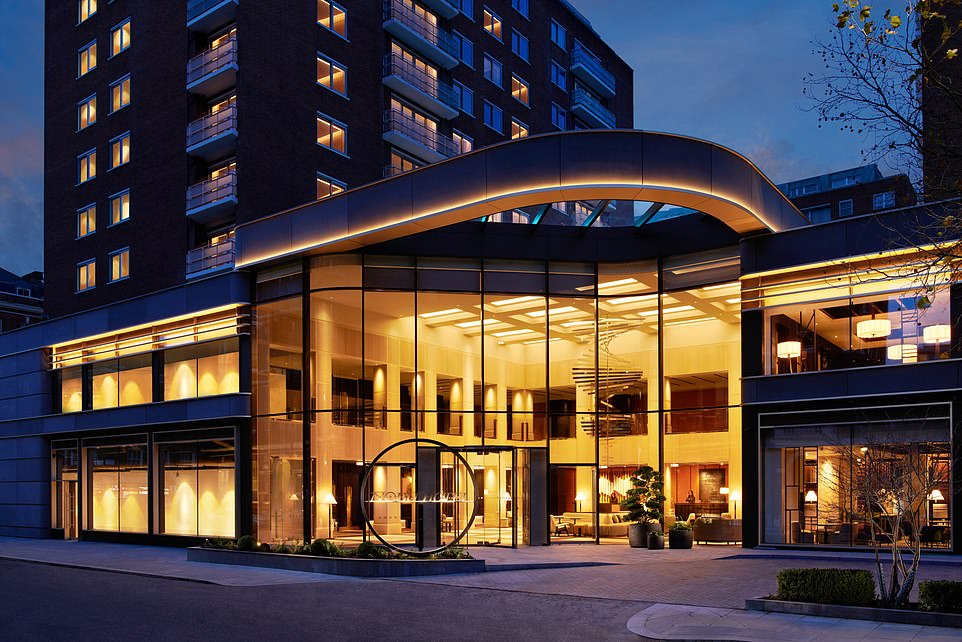 My waiter recommends an ‘entry level’ glass of sake for £16. I love the tuna and salmon bite-sized tacos and sashimi salad but am still hungry.

‘The baby tiger shrimp with three sauces is one of our most popular dishes,’ says the waiter. But it turns out to be a big disappointment – a bowl of tempura shrimp with three little dips. Scampi with an inflated price.

Breakfast is served in the bar area near the lobby. I fancy the full English but am not sure if it’s appropriate (nobody else is having it). So it’s coffee and yoghurt with a few trendy berries – and I feel in the zone.