ABOARD THE EMERALD AZZURRA — The hotel director of the Emerald Azzurra, a 100-passenger oceangoing ship built for Emerald Cruises, had a problem. A big one.

It was a couple days before the maiden voyage, and shipping containers full of furniture and decorations had not arrived. Most of the chairs were missing. There was no art for the walls. Hardly any tables for the dining room.
As the ship sat at the pier in Aqaba, Jordan, time was running out.

“We suddenly realized things weren’t coming,” hotel director Patros Zarpanely said. “We sent different teams off in different directions in Jordan to purchase what we could. We did buy some things from IKEA. Other things from other places. We bought equipment, we bought glasses locally in Aqaba. I sat onboard on the phone to make sure people weren’t buying the same things,” he said.

Emerald spent a lot of money that day, Zarpanely recalled. Some of it on credit cards. Some of it in cash.

In one day, Emerald had to buy through retailers and restaurant supply wholesalers the contents of multiple shipping containers. “We built the stuff in the middle of the night. We had one thing that had to wait, and we built it two hours before sailing just as we were welcoming guests. We built the last table 20 minutes before the guests came onboard,” he said.

By the time I boarded for Emerald Azzurra’s second voyage from Aqaba to Athens, much of the intended furnishings still hadn’t arrived. Not knowing of the logistical breakdown, my first impression of the ship was that it looked awfully plain, even cheap. 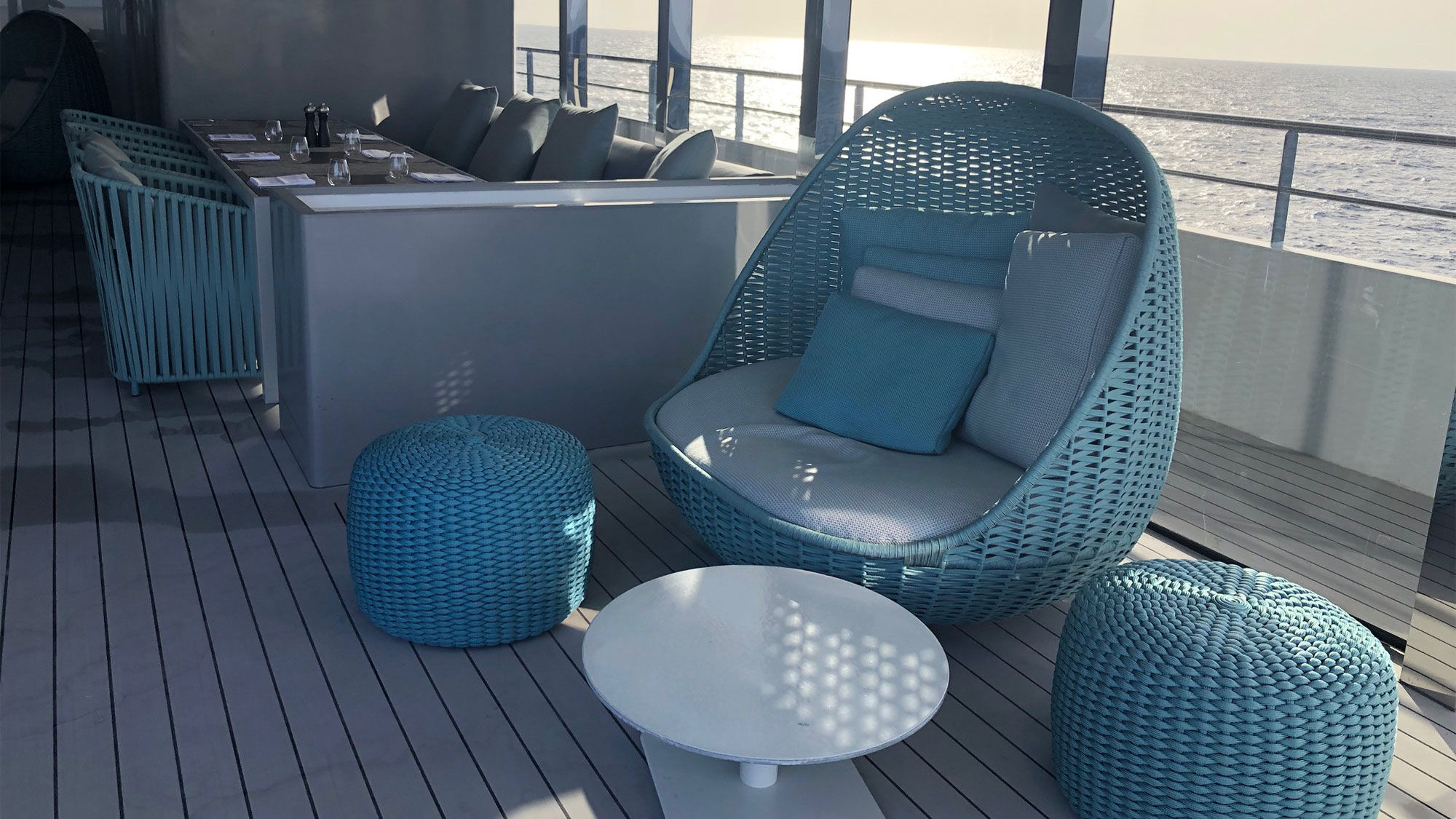 I branded the only chair in my room as something from Office Depot, not IKEA. But wherever it came from, it was strangely not cruise ship caliber. And I understand minimalism. But not to have even one photo, painting or other piece of art on the wall was bizarre.

I had been told that Karen Moroney, wife of Emerald Cruises owner Glen Moroney, was personally in charge of interior design. What could she be thinking?

As it turned out, Emerald was just one more victim of the nightmare that the global supply chain has become since the start of the Covid-19 pandemic two years ago. Businesses the world over have been fruitlessly tracking shipping containers stuck on cargo ships or in ports, and Emerald Cruises was no exception.

“This was the challenge,” Zarpanely said. “We had multiple containers traveling to us. Some got rerouted. Some didn’t travel because the global supply chain is not is as it used to be. So we were expecting stuff to be delivered on certain dates. Some did arrive, others didn’t. Some didn’t actually get to us, went to different ports.”

At one stage, he said, the Emerald Azzurra weighed anchor at Aqaba and sailed to Egypt on information that some of the containers would be waiting. “We were trying to get some of it routed to Nabar in Egypt, so we sailed to Nabar from Aqaba, stayed in port for a day hoping they would come, and they never made it. That’s how logistically challenged we were.” 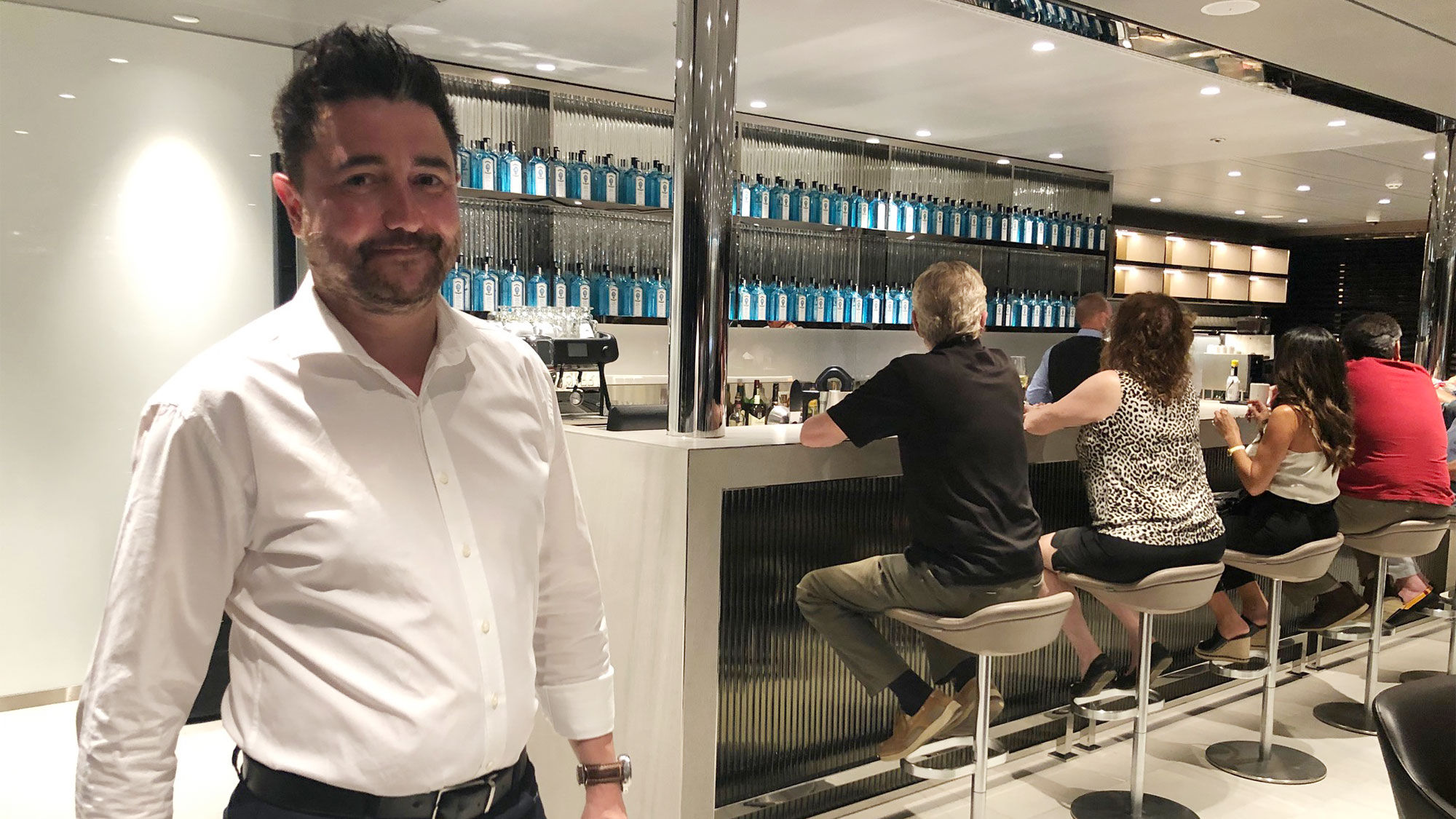 Slowly items began arriving. Crew uniforms. Name tags. A box of books that went on display in the ship’s observation lounge.  The ship’s ice makers were loaded just before our cruise sailed from Aqaba. “I bought 500 kilos of ice and kept it in one of the freezers,” Zarpanely said, so that there would be ice for bar drinks.

Some of the furniture that did arrive looks handsome. The pale green strappy chairs and braided loungers on the pool deck make that already appealing area stand out on the ship.

Zarpanely has been told that a bunch of containers will be on the dock when the ship pulls into port in Cyprus in a couple of days. He wants to believe it. But whether the Emerald Azzurra gets its intended décor or keeps sailing as an oceangoing IKEA showroom all depends on the whims and serendipity of the global supply chain.