Home » Transport » Icelandair of the Pacific? That's the hope of Northern Pacific Airways

The owner of Float Alaska, the parent company of regional airline Ravn Alaska, is planning to launch a new full-service carrier connecting Asia with the continental U.S., via Anchorage, late next summer.

Rob McKinney envisions that the new airline, called Northern Pacific Airways, will evolve into a sort of Icelandair of the Pacific, with travelers taking advantage of the option of a free stopover in Anchorage to tour Alaska, in some cases facilitated by Ravn’s regional flight network.

“We’re real big fans of what Icelandair has accomplished, and our offering is going to be fairly similar to what they do,” McKinney said. 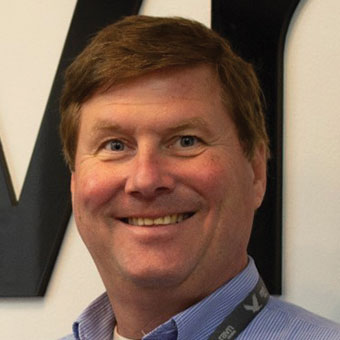 But replicating the Icelandair one-stop, U.S.-to-Europe model over the longer distances of the Pacific Ocean won’t be easy, analysts say.

Bob Mann, owner of the consulting firm R.W. Mann & Co., said that in its early days, a key element of Icelandair’s business was its facilitation of the Iceland fishing industry. Only later did the U.S.-to-Europe model with stopovers evolve.

“I don’t quite see the same underlying business proposition,” Mann said of Northern Pacific. “Not to say they couldn’t get there if they operate reliably for a period of years. But that may be a period of years where they are printing a lot of red ink.”

McKinney enters into the Northern Pacific venture with nearly two decades of experience as a top executive at various air service operators, albeit regional airlines or in the private flying sectors. He formed Float Alaska in order to acquire Ravn from bankruptcy in July 2020. Ravn currently serves 13 Alaskan destinations.

Operations will launch with a fleet of Boeing single-aisle 757 aircraft. Northern Pacific announced agreements to acquire six 757s in September and McKinney says he has tentative deals for at least six more aircraft. The relatively cheap acquisition cost of 757s compared to newer planes is a key factor in Northern Pacific’s plan to connect the U.S. and Asia for less than most competitors.

McKinney is seeking to raise $100 million in order to finance the launch plan.

“We’re more than a third of the way there,” he said. “We’ve gotten really good response. We’re not concerned about being able to cross the finish line.”

Northern Pacific aircraft, McKinney said, will have premium and coach cabins, and the carrier also plans to build a lounge at Anchorage Airport.

In the beginning, the airline will cater primarily to customers who will connect immediately from their inbound Anchorage flight to their outbound flight to Asia or the U.S. mainland.

McKinney touted the stopover as an opportunity for flyers to stretch their legs while also making easier entry to the U.S. than they would at immigration stations in more crowded airports. He also said that Anchorage sits within 100 miles of the optimum flight plan for most of the routes Northern Pacific will be flying.

“We don’t see it as a downside,” he said of the stopover.

Developing the market for multiday Alaska stopovers, McKinney said, will take some time. Northern Pacific will facilitate excursions for customers who do make such stopovers both through Ravn flights and through a network of partnerships with tour operators and activity providers.

Ravn, which will share an air certificate with Northern Pacific, is already in the major GDSs.

Though McKinney is bullish about his new enterprise, Mann isn’t alone in his skepticism.

“I struggle to understand how it works,” said Brett Snyder, a travel advisor who authors the airline industry blog Cranky Flier.

Snyder noted a few issues that he thinks will be a challenge for Northern Pacific to overcome.

One, he said, is that many significant Asian destinations are not reachable from Anchorage using narrowbody aircraft, including the whole of southern Asia. Another, Snyder said, is that the large Chinese carriers, assuming they eventually resume pre-pandemic U.S. frequencies, already offer lots of cheap Asia flying.

Finally, Snyder said that Icelandair has been helped substantially with its stopover strategy by the nation of Iceland’s efforts to promote tourism. Northern Pacific can’t expect as much assistance.