“In order to keep our employees and guests safe, we have temporarily suspended operations at this location,” it read in part. “We encourage you to enjoy and support any of the great offerings throughout the concourse.”

Meanwhile, a few miles from the airport, the scene was similarly forlorn at the off-airport parking facility the Parking Spot. There, just a smattering of cars occupied the expansive lot.

With air traffic down approximately 95%, scenes like these are playing out throughout the country. As of April 28, the Airport Restaurant and Retail Association (ARRA) was estimating that in-airport concessionaires would do just $38 million in sales in April, compared with $825 million in April 2019. The ARRA also estimates that of the approximately 125,000 people the industry employed nationwide prior to the Covid-19 pandemic, 5% are currently working.

Similarly, the Near Airport Parking Industry Trade Association (Napita) estimates that 90% of the approximately 12,000 people its industry employed prior to the pandemic have been laid off, said Sarah Fisher, a Napita board member who is general counsel for the Parking Spot.

But while airlines are eligible for up to $50 billion in grants and loans through the Cares Act stimulus bill and airports will receive $10 billion in grants, neither the concession businesses nor off-airport parking facilities received such carve-outs. Both industries are now calling for more consideration from Congress as well as for accommodation in the form of rent or fees concessions from airports.

According to a June 2019 survey by the Airports Council International-North America (ACI-NA) trade group, airport concession businesses are split fairly evenly between large national brands, smaller regional brands and boutique businesses. Many of those smaller entities would be eligible for a portion of the $660 billion in small-business Payroll Protection Program funding that Congress has authorized.

ARRA executive director Rob Wigington, though, argues that airport concessionaires should get designated federal funding, just like airlines and airports. The trade group is asking for $3 billion to $5 billion in grants and loans.

“Clearly, Congress felt that aviation had a special need as they set up the original Cares Act,” Wigington said.

“Airport concessionaires are captive to air travel. The airlines aren’t flying, the planes aren’t being filled, then you don’t have passengers coming through.” 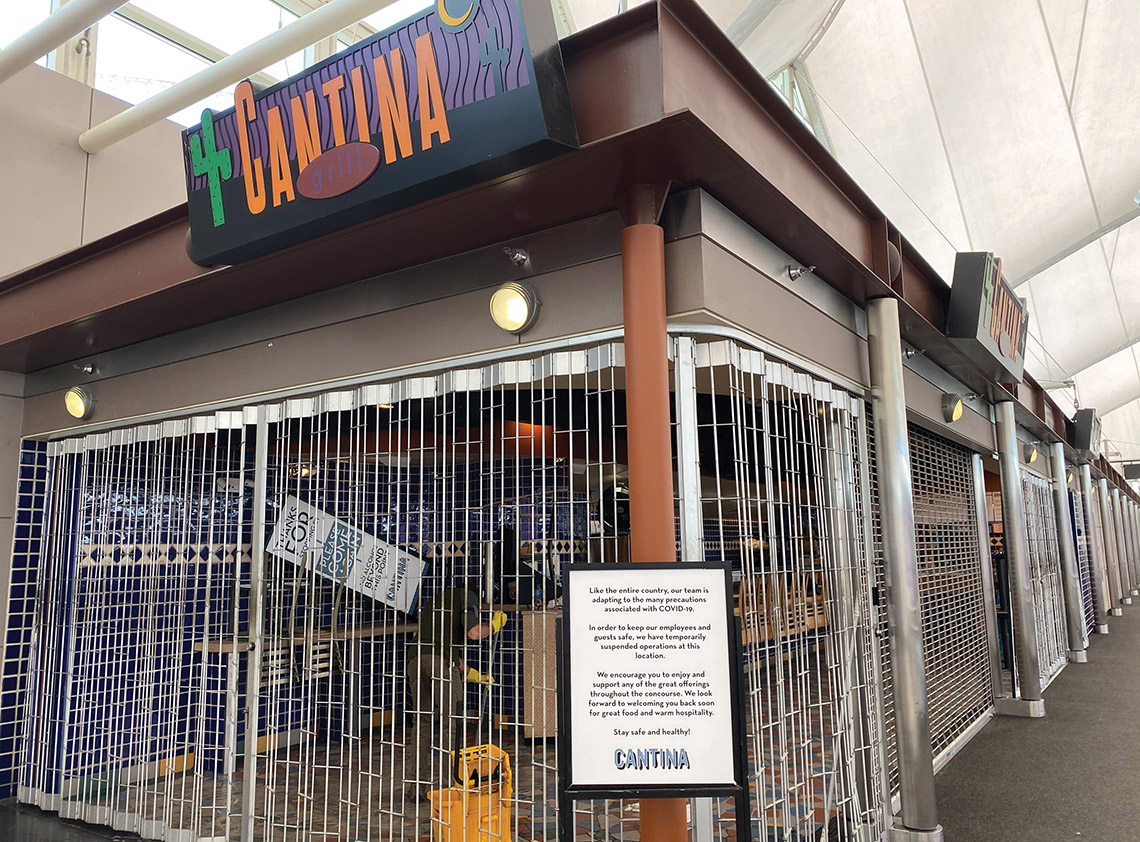 The ARRA has also turned its attention toward airports, arguing that they need to do more to assist concessionaires, especially since they have received federal grants.

Under the stipulations of those grants, airports can’t make direct payments to retail and restaurant tenants. But they can provide rent relief, including reductions, deferrals and outright abatements.

Some airports have, in fact, reduced rents.

Under standard industry lease conditions, concessionaires pay airports a designated percentage of their monthly sales subject to a minimum guarantee that is derived from past performance and airport traffic.

With the Covid-19 crisis having rendered those inputs useless, major airports, including Denver, Miami and Atlanta, have temporarily eliminated minimum guarantees.

LAX, meanwhile, is allowing concessionaires to defer payments of percentage rent through Dec. 31, but with the stipulations that they extend health care for laid-off employees for two months and that as business recovers, they bring back laid-off workers in proportion to increases in sales.

Wigington, though, said that without rent abatements, many airport storefronts won’t survive. He has called for a 12-month rent reprieve.

“Our member companies and employees only want to be a part of the recovery of American aviation,” Wigington wrote in an April 28 letter. “In order to achieve that goal, we ask for our airport partners to support rent abatement and engage in a meaningful conversation designed to collaboratively create a new future for our industry.”

Neither the ACI-NA nor the American Association of Airport Executives trade group responded to interview requests.

But Alan Gluck, aviation planning manager for the consulting firm ICF, said that airports have their own financial concerns and commitments, including paying debt service, pensions and salary. In an April 1 analysis, he argued that a workable compromise could be for airports to grant rent deferrals during the crisis and to couple those deferrals with lease extensions when necessary to provide concessionaires with payback horizons measured in years rather than months.

Like the ARRA, Napita is also frustrated with the posture being taken by airports. Off-airport parking facilities aren’t airport tenants, but they pay airports for access to drop-off and pickup locations outside the terminals. Such fees are typically assessed either as a percentage of gross revenue or on a per-trip basis, like a toll.

Board member Rob Chavez, who is an ownership partner of Fast Park, said that he reached out to 13 of the 15 airports where the company operates to discuss fee relief, and all 13 declined to help.

He noted that although airports need the parking access that off-airport facilities provide during busy times, they have a competitive incentive not to help, since off-site parking also competes against airport-owned lots.

Napita is asking the federal government for a simple tweak in the Cares Act. Under the bill, hotels that are part of a chain can apply for Payroll Protection Program grants as long as there are no more than 500 employees at a particular hotel location. Napita would like the same rule to apply to off-airport parking facilities.