Since buying this coastal farm on a whim while filming in Pembrokeshire some 15 years ago, Griff Rhys Jones and his family have set about restoring the 70-acre estate’s cottages and outbuildings one by one, converting them into cosy holiday retreats that celebrate Welsh craftsmanship. The latest conversion of a granary, with exposed stone walls, Welsh slate floors and a woodburner, is no exception. It’s just a short stroll from the front door to the Pembrokeshire Coast Path (look out for dolphins) and beautiful Blue Flag beaches, such as Abermawr. From £989 for three nights in July – holidays in Wales are permitted from 15 July. Sleeps six (underthethatch.co.uk) 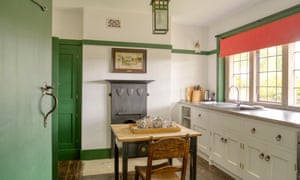 This former Victorian cottage hospital treated wounded soldiers during the First World War and served the local community for almost a century. Following a restoration by the Landmark Trust, the whitewashed Arts and Crafts building, with its architectural motifs of hearts, birds and trees and sunny south-facing wards (now converted into four bedrooms) is open to guests for its first summer season. Halsdon Nature Reserve is on your doorstep and Dartmoor and the beaches of North Devon are a short drive away. From £1,078 for three nights in July. Sleeps six (landmarktrust.org.uk) 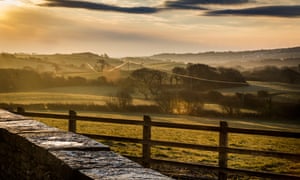 This handsome stone farmhouse once served as a hunting lodge for Corfe Castle and, thanks to a sensitive restoration by the National Trust, has retained many original features. The views of rolling farmland are timeless, too. Strike out on one of the footpaths that cross the Purbeck hills to explore the ruins of Corfe Castle or the beaches of the Jurassic Coast. From £844 for three nights in September. Sleeps 8 (nationaltrust.org.uk) 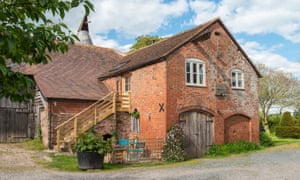 The owners of Wall End Farm have converted their lovely old red-brick barn in rural Herefordshire into a boutique studio for two with exposed brick walls, super-kingsize bed, walk-in shower and Edward Bulmer natural paints. Halfway between Ludlow and Hereford, it’s a bucolic spot surrounded by orchards, “black and white villages”, and hop yards. There’s a tennis court and fishing in the grounds. A two-bedroom conversion of the farm’s old hop kiln will follow later in the summer. One night costs £90 in August. The studio sleeps two (wallendfarm.co.uk) 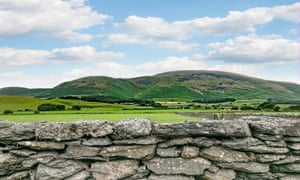 In a quiet corner of the southwestern Lake District, far from the tourist hordes of Windermere and Keswick, this 17th-century farmhouse once belonged to a cousin of William Wordsworth and it is believed that the poet visited. The new owners have held on to the original features – slate floors, exposed brick walls and oak beams – and added lots of 21st-century comforts, including a stand-alone bath that has dramatic views across the Whicham Valley and Black Combe fell. Seven nights costs £865 in August. Sleeps four (originalcottages.co.uk) 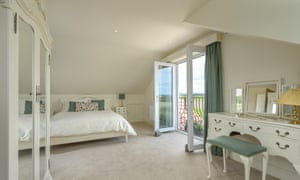 Warkworth is an attractive medieval village famous for its 14th-century castle and golden beach backed by sand dunes. On the outskirts of the village, Piggyback Cottage makes a perfect base for day trips to Alnwick (famous for its Harry Potter connections), Amble, Bamburgh and beyond. There’s a bright and airy kitchen diner, cosy lounge with woodburner, small courtyard garden and three comfortable bedrooms. Four nights costs £875 in July. Sleeps five (coquetcottages.co.uk) 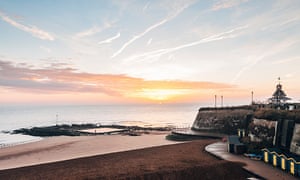 Just a short stroll from the sandy beach at Broadstairs, this three-bedroom townhouse has been stylishly kitted out with inky-blue walls, stripped floors and plantation shutters. It makes a great base for a car-free family seaside holiday. The nearest beach is just 350 yards away, and the Viking Coastal Trail on the doorstep. Seven nights costs £1,609 in July. Sleeps six (english-country-cottages.co.uk) 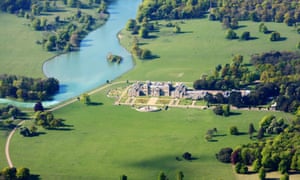 Guests at the former gatekeeper’s lodge at Holkham Hall get the extensive grounds of this grand Palladian house on the north Norfolk coast to themselves after the daytrippers have gone. South Lodge East is the latest addition to Holkham’s growing collection of quirky boltholes. The pet-friendly cottage has oak flooring, a woodburning stove and some unusual design touches. There are 25,000 acres to explore on foot or by bike, and Holkham beach is close by. Seven nights costs £1,142 in August. Sleeps two (saltnorfolk.co.uk) 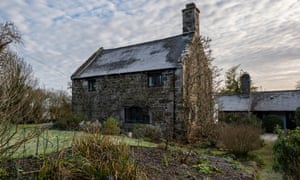 On a nature reserve on the Conwy estuary you’ll find this remote wisteria-clad 15th-century cottage. It oozes history – from the flagstone floors to its beamed ceilings – but if the weather’s fine you’ll want to be outdoors, sitting in the gorgeous garden or exploring the estuary with its birdlife and ancient castle. Seven nights costs £1,399 in August – holidays in Wales are permitted from 15 July. Sleeps six (nationaltrust.org.uk) 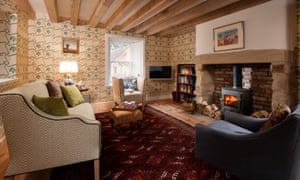 This architect-designed stone-and-wood-clad cottage in Pencaitland combines rustic charm with a contemporary twist on the Arts and Crafts style – think mellow oak woodwork and wallpaper featuring designs by illustrator Edward Bawden, plus classic pieces including a Robert “Mouseman” Thompson bookcase. There’s a games room with table tennis table and a private courtyard with a fire pit, for evenings under the stars. Edinburgh and the East Lothian coast are just a short drive away. Seven nights costs £825 in August. Sleeps four (crabtreeandcrabtree.com)