Let’s go canoeing, we said, when the teenagers were 14 and 17. And let’s wild camp, it’ll be fun. Everyone agreed. So we packed (very little), rented double kayaks (90€/kayak) from canoeevasion.com at Cosne sur Loire, took two of our own paddleboards, and with a week’s worth of gear on each craft, off we paddled. I say “we” paddled – the kids, in their kayaks, drifted downstream. But what a great trip to Orléans – the city liberated by Joan of Arc after years of English occupation – this was. We glided down the shallow, warm waters of the Loire, with only small pleasure craft, pretty towns like Gien and the occasional castle to break up the view. The 60-mile trip was an amazing, no-frills adventure, and the four teenagers still say it was their best holiday ever.
Angela Luke 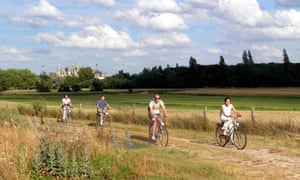 If you enjoy gentle cycling along traffic-free cycle paths and rural lanes, take your bike on the Newhaven-Dieppe ferry and head south-east through the Normandy countryside. After a few miles you’ll join a disused railway, part of the Avenue Verte between London and Paris. As you roll along, spot the half-timbered farm buildings set among green dairy pasture and apple orchards. Stay over in Neufchâtel-en-Bray (which offers several chambres d’hôtes) for day rides around the local villages, and make sure you stop at a farm to buy soft, creamy Neufchâtel cheese. Or keep going to Forges-les-Eaux, then onwards via quiet, minor roads into the heart of the French capital.
• avenuevertelondonparis.co.uk
Alison Field 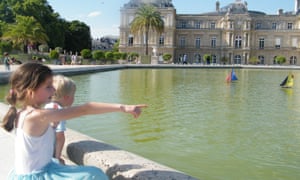 I’ll never forget watching my children pushing vintage wooden toy sailboats down the lake in Paris’s Jardin du Luxembourg on a hot summer’s day. They had seen kids doing it in a colouring book, and now they were in the scene themselves. We still talk about it.
Laura Storey 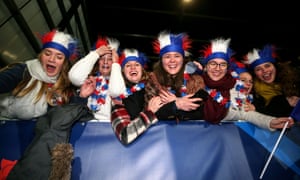 Pays d’Aix rugby. A beautiful early autumn evening at Stade Maurice-David, a backdrop of cypress trees, and delicious charcoal-grill sausage baguettes and random homemade pastis from a guy wearing a beret! This doesn’t happen at Villa Park. Aix got absolutely, er… axed, but nearly everyone stayed until the end and had only encouragement for their team. At 75 minutes, we were the first to depart as a bitter wind rolled in. We ended up on an eerily dark estate eating hands-down the best kebab at Bollywood Chicken while watching Olympique de Marseille on a small TV and chatting with the Palestinian owner and his crew of regulars. Second division rugby, first division people. Vive la France!
Antony T

Midnight swims and kisses in the Médoc 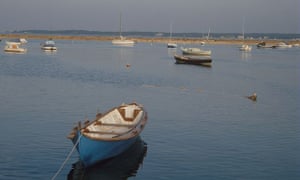 The smell of the heat of the Médoc. I am 15 and the eldest of six kids, and we are in the middle of a three-week family-camping holiday near Arcachon. At a roadside fruit stall full of peaches and nectarines we drink our first citron pressé and look out over the Gironde. We dive straight from the beach into the blue ocean at Cap Ferret. A French neighbour at our campsite invites us for oysters and crabs in spaghetti. We play volleyball with the camp owner’s kids. There is a path from the site to a small beach on the basin where we swim at midnight and watch the shooting stars. I drink pastis and kiss Odile, a girl from Lille who I’ll never meet again, but remember as if it were today.
Simon Tobin

A red-carpet welcome to the City of Light 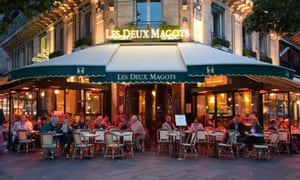 It was dusk. A red carpet stretched down the street, dotted with white-cloth covered tables and Parisians raising their champagne flutes. Madame in Yves Saint Laurent inclined her head as did Monsieur in velvet trousers. Flowers spilt out in front of exquisite small shops and galleries and the elegant doors of Rue de Verneuil, a street untouched by Haussmann’s hands, tucked in behind Musée d’Orsay. And fresh from New Zealand, clutching the address of my apartment and pulling my case on wheels, I walked into this scene celebrating arts and antiques week in Saint-Germain-des-Prés, one May.
Janet Hart 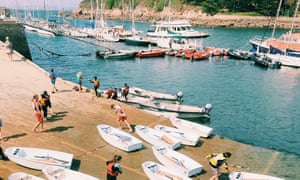 This was a snap I took during a French interrailing trip with my mum last year. We explored the whole of Brittany, and had our fair share of mussels and ice cream. In the tiny seaside village of Douarnenez, I saw a bunch of giddy children in lifejackets, heading down to the waterfront. It was a perfect sunny day and their enthusiasm summed up how it felt to be a child during their summer holidays. The one tip we were given was, make sure you’re sheltered when eating an ice cream: French seagulls are full of confiance en soi!
Eve

A secret staircase in Chinon 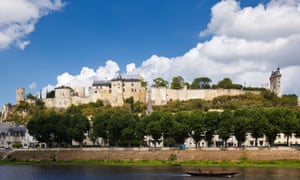 In Chinon – a Centre-Val de Loire town that was once a royal residence and seat of power in France, and the place where King Henry II Plantagenet died in 1189 – a small pathway leads from the main château to the Chapel of Sainte-Radegonde. There you find a still-unresolved fresco from the end of the 12th century, probably of Eleanor of Aquitaine with her son Richard the Lionheart. But if you go deeper inside the rock, down steep steps, you will find a sacred site of the Celts still in place: the aquamarine of a holy bath.
Christine Zeile 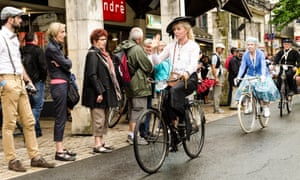 Every June and July, the Anjou Vélo Vintage is held in Saumur on the Loire. I’ve been visiting, first as a spectator, then as a participant since 2014. Even without the event, Saumur is a pretty little town with a cracking château. But when it’s filled with vintage costumes, music and bicyclettes, it’s transformed into a carnival of colour. The festivities start on the Friday evening with 1950s live music and dancing in the vintage “village” overlooking the bridge over the Loire. The Saturday and Sunday have several rides leaving the town centre and spanning the fields and country lanes nearby. This is suitable for everyone, from children to serious cyclists.
Jane Black

Gaillac wine is practically unheard of outside France, but its unpretentious and discreet nature can be best appreciated by experiencing an apéro concert in and around Gaillac. These outdoor events are held on warm summer evenings at numerous local vineyards. Music varies from classical (chateau-de-mayragues.com) to rock’n’roll (lesvignals.fr). You might get a table and chairs, or you might get hay bales to sit on. Children can run around freely. The wine has travelled no further than vine to cellar and is served by the owners themselves, while food vans offer a choice of Toulouse sausages, crèpes and assorted cheese. Happy times.
Sarah Heath

From next week we will be once again be issuing a prize – a £200 voucher for a Canopy & Stars glamping stay – for a winning tip chosen by travel expert Tom Hall.
Enter next week’s readers’ tips competition: we’re looking for tips on UK campsites.