If museums exist to make us pay attention, they offer two stripes of novelty: the thing so rare we have never seen it; and the ostensibly common thing we have never really managed to consider. Iceland excels at both. Indeed, many of its exquisitely niche small museums manage them at the same time.

I mean, there’s an Icelandic style of mitten made with a thumb on each side. They’re out of fashion now, but a pair is kept on display at the Textile Museum in Blönduós. Because maybe the palm of your mitten is getting sweaty wet from rowing or slippery slick from fishing. Why commit time and expense to another pair of mittens when you can rotate the mitten so that the other thumb fits, and keep at it?

At the Herring Era Museum, in northern Iceland, there is a collection of artefacts curated by the sea – tools and whatnot still washing ashore more than a quarter century after the herring themselves disappeared. In the south, the Bobby Fischer Centre has on show the last lot of books the exiled chess prodigy ordered before he died – it’s the joke books that stay with me. 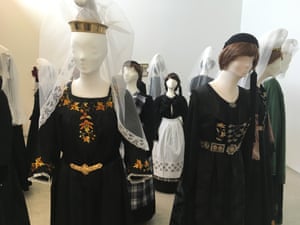 I landed my first museum job 18 years ago, and I’ve spent a lot of time since then gobsmacked, over and over, that anything can be kept at all. It’s astonishing, really. Things survive floods and fires and famines and coups, neglect or obsolescence or daily use. They survive not just in vaults and tombs and cold storage, but testify from bookshelves to how dearly we need touchstones, how much it matters to be rooted to another time, another place – and how transporting that can be.

At the Sundry Collection, in a quiet stretch of Iceland’s northern countryside, there is a white-washed board bristling with nails that I love – first for what it is and then for the stories it tells. They are nails so old they were made by hand: squarish, rusty, inevitably bent. One by itself is already a story of preciousness, of labour and skill and a necessary thing hard won. En masse these local nails are something else again – an investment of time, a way of doing things. And this particular group, these nails, are here because a modern man restoring heritage houses would find them in the walls.

Only he was the sort of collector who saved every pencil he’d ever owned, sharpened down to the nubs, and scores of keys organised meticulously by size. And maybe the real story is the neighbours, who knew him and thought something should be done with all this stuff. They helped make this place, which is ostensibly about scads of doorknobs and telephones, but is also about how over time that one man ended up with dozens of century-old nails, not loose in a coffee can, but here in regular rows radiating out of an seasoned slab of wood, and still no two of them the same. 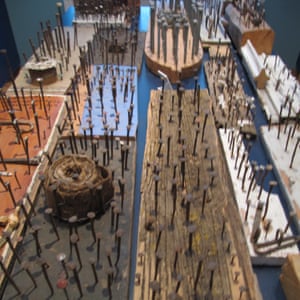 There will be no blockbuster exhibition of the antiquarian nails. Crowds will not flock to them. They won’t be on posters or T-shirts or tote bags or mugs, though they are among the most beautiful, most tantalising, most telling things I have ever seen.

Over seven trips researching Iceland’s collections – the nation has approaching one museum for every thousand people – I’ve visited maybe a third of its museums. Something I love about Iceland’s museums is how many of them start in a living room, or maybe a shed or a school basement or across your boss’ desk. Which is to say, they start on a human scale.

I am thinking here about painstaking model boats in a garage in the Westfjords, a pop star’s memorabilia in his apartment further west, and a drained hot tub full of rocks in the south-east of the country. But I am also thinking of the precursors to these public places, places I’ve seen because someone called a friend and I found myself invited to talk at their kitchen table. 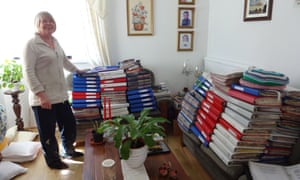 There is a collector at home on the island of Heimaey whose sofa sags under the weight of a lifetime’s collection of paper napkins – organised by theme into binders. Indeed, there are collections taking over whole rooms: an addition halfway down the western peninsula is now a tribute to the first wave of mass-produced children’s toys. The walls of a downtown flat in Reykjavik are fitted with fixtures from fabric stores long out of business, all the drawers and displays full of lacework and notions of another time.

Or you might, from your very own living room, look no further. So often we are within arm’s reach of not just a treasure but a touchstone. And from there, well, who knows?

A. Kendra Greene’s book, The Museum of Whales You Will Never See: Travels Among the Collectors of Iceland, is out now (Granta, £14.99) 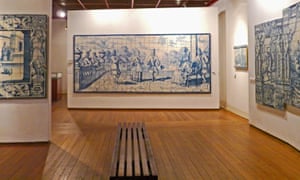 This feast of colour and pattern keeps wall text to a minimum, but tells the history of Portugal’s proud tradition of azulejos (painted tiles) through the objects themselves. They are amassed and assembled with breathtaking variety, in rooms that evoke public plazas, domestic spaces, art exhibitions and holy sanctuary.

Hotel and Restaurant Museum, Helsinki
There’s something meta about touring this museum – and you wouldn’t be wrong to note the irony of there being no museum cafe in which to end your visit. It is both a serious look at a century of formally accommodating travellers and an opportunity to linger at the exhibit on karaoke, belting out your favourites so the next gallery can hear.

Frog Museum, Estavayer-le-Lac, Switzerland
There are also military collections to see at this regional museum, but none so personal as the legacy of an enterprising Napoleonic soldier. His habit of taking walks evolved to collecting frogs on those walks, then filling their skins with sand and making satiric tableaux for the taxidermied amphibians to court and dine and go to church.

Aglona Bread Museum, Latvia
Roll up your sleeves at the great Latvian baking museum and, under expert guidance, craft your own loaf of traditional rye bread. Think of it as a cooking class that doesn’t skimp on context. Before walking away with a souvenir to sink your teeth into, there’s grain to mill, folk songs to sing and scores of old tools to inspect.

Botantical Garden of Padua, Italy
The world’s first botanical garden dates from 1545, and is now a Unesco world heritage site. Take special note of the garden for poisonous and medicinal plants. New flora is added to keep pace with scientific findings, but it is perhaps just as illuminating to visit the species that were once considered medicinal and have since been debunked.