At the forefront of futuristic vision, it has the world’s tallest building and biggest shopping mall, palm-shaped islands, theme parks, water parks and ski slopes with real snow in the desert. With an ever-increasing number of visitors spending large amounts of cash, ambition and investment have certainly paid off for the second largest emirate in the UAE, with the country now back on the Government’s coronavirus safe travel corridor.

But beneath the glamour of this pulsating metropolis, there remains a small but significant heartbeat of the Bedouin culture that has existed since transient tribesmen settled on the coast and developed a fishing village in the early 18th century.

As global influences flood their surroundings, these proud Emirati people are battling hard to ensure they do not become a forgotten part of their city’s rapid rise. Accounting for less than 10% of the population, their story represents hidden gems on the tourist trail of this fascinating part of the Arabian Peninsula.

Most of the construction in the Al Fahidi Historical Neighbourhood took place in the 20th century but beneath the sound of the Islamic call to prayers, a real sense of history still prevails among the sandstone architecture.

In order to get a grip on the unique lifestyle of the Bedouin people I head for a traditional banquet at the Sheikh Mohammed Centre for Cultural Understanding in the old town. 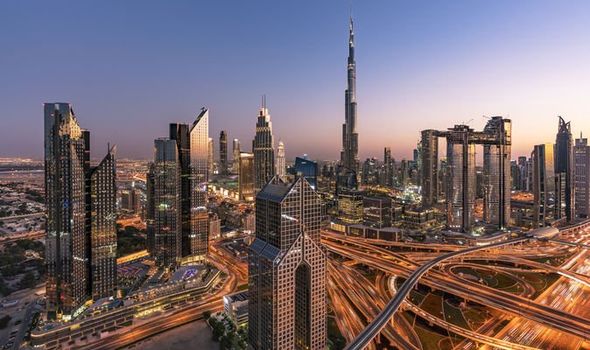 Sitting on cushions in a traditional indoor courtyard, an abundance of silver platters are laid before our group stacked with rice-based chicken, lamb and vegetarian dishes named machboos. We eagerly tuck in while enjoying conversation with our hosts about their ancient culture and how it has adapted to the world around them.

Rounding off with syrup-soaked doughnut desserts, we are then given the chance to play dressing up in traditional Emirati attire – great for that holiday selfie.

Next we set off to explore the fascinating back alleys where courtyard cafes, a coffee museum and art galleries take you by surprise. The atmosphere is relaxed and absorbing – a complete contrast to the hive of activity after catching an abra (wooden motor boat) across the Creek to the spice, textile and gold souqs of Bur Dubai and Deira.

These bustling markets are filled with the incessant quick-witted traders’ banter which proves impossible to ignore. 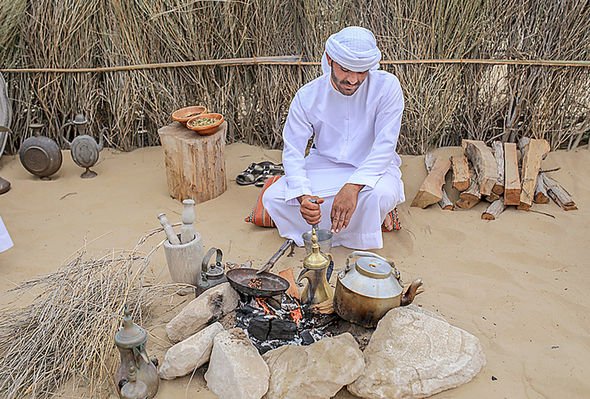 Completely different in vibe is the uber cool Alserkal Avenue, where the warehouses have been transformed into contemporary art installations, micro museums, a chocolate factory and an art-house cinema.

We book on to a desert safari experience which begins with some dune-buggying, before taking a rather more refined mode of transport to reach the traditional Al Marmoom camp –camels. I’m at the back of the caravan and watch with trepidation as the rest of our party skilfully navigates the sudden moment the camel rises to its feet. Terrified of becoming an internet meme as phone cameras are suddenly thrust in my direction, I lean back as instructed and cling on as the beast beneath me stands up at breakneck speed.

Safely navigated, the journey begins. It is a delightful experience however my inner thighs tell me the 40-minute trek is ample time to enjoy the highlights. At the camp
we take part in traditions such as coffee-making and henna art. 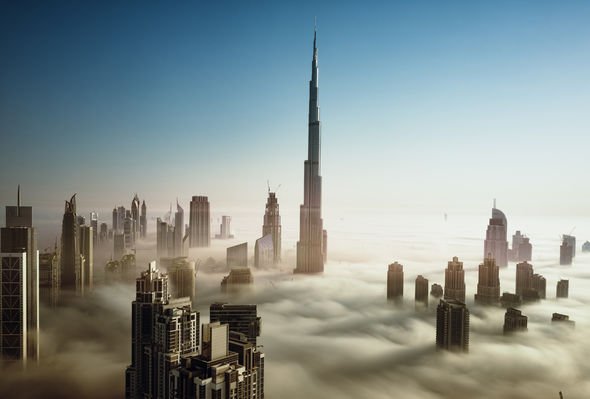 Our host Ali, a former sports channel commentator, says: “Because we have so many people coming to live here there is a danger the past will be forgotten. It is vital people who grew up in the Bedouin culture are the ones who accurately keep our history alive.”

We enjoy a dancing display before another Bedouin-style feast is laid before us, followed by hookah.

As night falls and the searing heat vanishes, we wrap up in blankets for an astronomy show which reveals how the stars provided maps for the people of the desert. Dubai’s transformation from humble fishing port to global hub was kick-started by the discovery of oil in the 1960s.

This enabled former ruler Sheikh Rashid to lay the foundations upon which his son, Sheikh Mohammed, created the lavish tourist facilities and free-trade and enterprise zones, bringing more than 200 nationalities here. 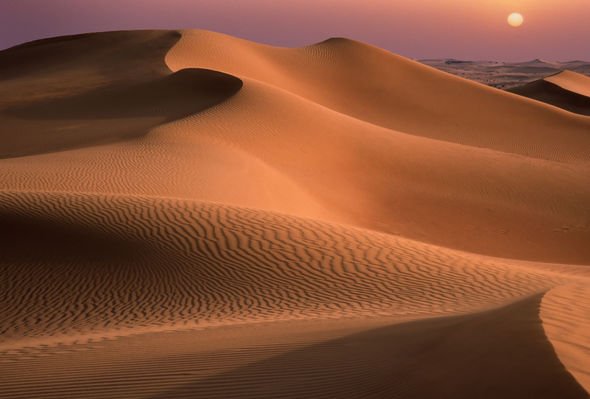 Impossible to miss, towering above the mass of skyscrapers, is the Burj Khalifa – at 2,722ft the world’s tallest building. Taking to the observation deck is a mind-blowing experience as the rest of the city appears Lego-size as you tentatively glance downwards.

We spend two nights at the Address Fountain Views hotel, which has an infinity pool looking out at the tower and the dining balcony gives a perfect view of the night-time light show.

But joining the throng is a great experience in this 24-hour city. Even
at 2am boutique shops remain open alongside the bars and restaurants.

For families, Aquaventure Waterpark at the Atlantis, The Palm hotel is a must. There are more than 30 flumes and slides – my personal highlight a tube that passes through a clear viewing section in a shark tank!

An exhilarating way to get a different perspective is to jump on board one of the self-drive Hero OdySea vessels. These two-man boats are untippable but reach top speeds of 30mph as you cut through the waves for an unforgettable 90-minute jaunt. 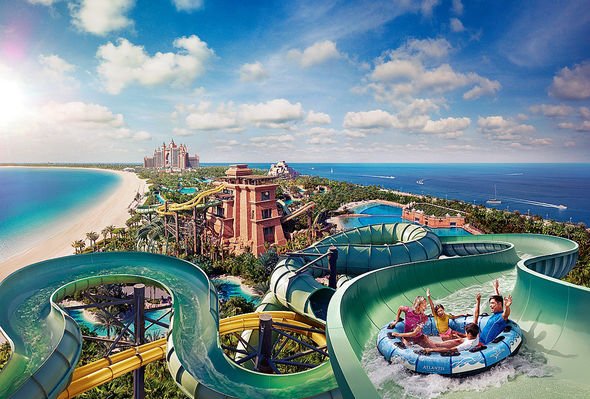 A guide is on-hand to assist and will take your camera to film some high-octane shots as you pass landmarks such as the Burj Al Arab hotel, Atlantis and The World islands.

So when you already have the world’s tallest building, what next? Build an even bigger one. The billion-dollar Dubai Creek Tower will have a 360-degree observation deck for sunset views when it’s finally completed in 2022.

We enjoy this glorious spectacle staying at the Vida Creek Harbour hotel, a swish four-star property on a new waterfront section, 10 minutes from downtown.

The astonishing emergence of Dubai as one of the world’s most prominent tourist and economic epicentres is clear after it was chosen to host Expo 2020, a six-month showcase of how 192 countries plan to live in the future.

With its far-reaching vision and deep pockets, all eyes will be on this superlative-craving society for the next game-changer. Watch this space.

Rooms at the Vida Creek Harbour hotel in Dubai start at £75 a night on room-only. vidahotels.com

Rooms at the Address Fountain Views hotel in Dubai start at £351 a night on room-only. addresshotels.com

Emirates flies from Birmingham, Glasgow, Heathrow and Manchester to Dubai from £435 return. emirates.com

visitdubai.com – on arrival UK tourists must show a negative Covid test taken 96 hours before departure, or have a free test at the airport.