At the Alaska Native Heritage Center (ANHC) in Anchorage, programs and exhibits support and celebrate Alaska Native communities, while also connecting non-Natives and tourists to a rich cultural heritage.

Those connections take many forms. During the pandemic, for example, the center distributed cultural activity boxes to Alaska schoolchildren. Elders took their stories to the ANHC Facebook page, starring in video presentations that continue as in-person visits have resumed. A revamped gift shop now introduces guests to the work and lives of Alaska Native artists.

Linking travelers to community members is one element of the ANHC’s push to redefine cultural tourism in Alaska. For Keneggnarkayaaggaq Emily Edenshaw, the Yupik and Inupiaq CEO of the ANHC, the goal is to ground the visitor experience in transformations rather than transactions. 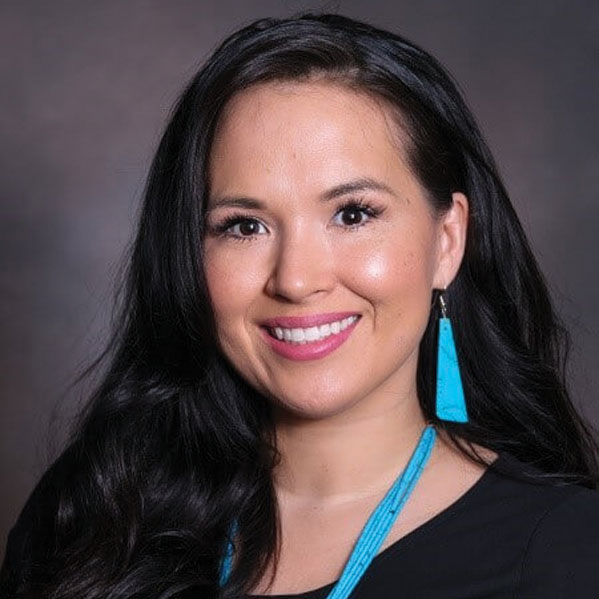 “It’s not about number of visitors through the door. It’s about changing Native lives. It’s about investing in our youth, so they know who they are as Native people. It’s ensuring our languages live on. It’s ensuring our traditions live on,” Edenshaw said. “We live in a day and age where people want authentic experiences. By supporting and engaging in cultural tourism, you are not only getting an authentic experience but also investing in a community that has been here for thousands of years.”

Since joining the center in December 2019, Edenshaw has worked with elders, board members, staffers and interns to refocus ANHC programming and expand representation for Alaska Native cultures. The nonprofit facility first took shape in the late 1980s after an Alaska Federation of Natives vote to establish a statewide cultural center. The Heritage Center officially opened in 1999, in the traditional territory of the Native village of Eklutna, a Denaina Athabascan tribe.

Today, the center is outlining plans to remodel the Hall of Cultures, its largest exhibition space.

That follows the reopening last July of its updated gift shop. Named the Ch’k’iqadi Gallery, for the Denaina Athabascan word that means “the things we buy,” the Alaska Native-owned and -operated marketplace features art, jewelry and other items made by Alaska Native artists representing regions and cultures across the state.

The shop’s traditional and contemporary pieces come from more than 70 artists, including participants in healing arts programs operated by the ANHC and the Alaska Art Alliance. Among these artists are adults who have experienced homelessness, addiction and post-incarceration reentry challenges. 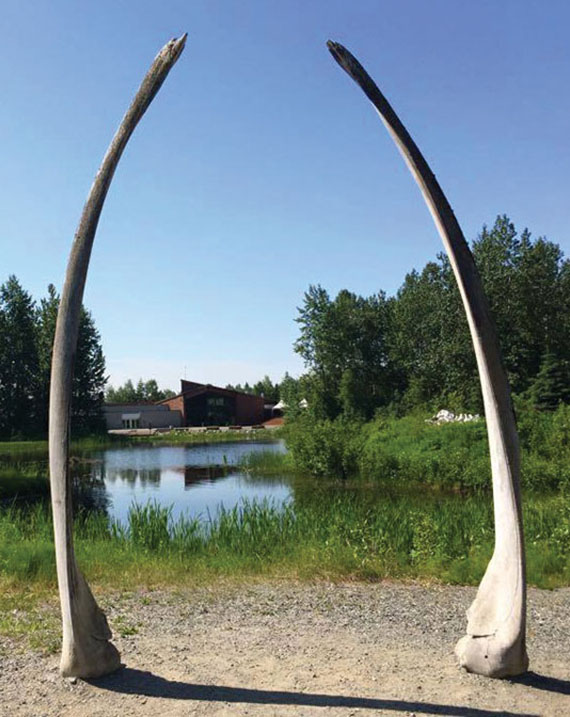 In addition to meeting artists and viewing museum exhibits, visitors to the center can tour an outdoor village that showcases the housing, hunting and cultural traditions of Alaska’s 11 major cultural groups in five major cultural regions: the Athabascan; the Inupiaq and St. Lawrence Island Yupik; the Yupik and Cupik; the Unangax and Alutiiq; and the Eyak, Tlingit, Haida and Tsimshian communities.

Youth interns lead many of the village tours. They also present dancing, drumming and storytelling performances and assist with exhibitions spanning 10,000 years of history.

“One of the most profound experiences is watching our youth embrace this active transference of knowledge,” Edenshaw said. “At the same time, there’s a weight in knowing this knowledge has been handed down for thousands of years. You can’t watch that process or get that kind of education anywhere else.”

By sharing these traditions and experiences with a wider audience, Edenshaw and her colleagues hope to provide a fuller and more accurate picture of Alaska Native individuals.

“Tourism is education, and education is tourism,” she said. “A lot of us go through the same educational system and don’t graduate with a full understanding of who Alaska Native people are. There’s this narrative of Eskimos and Indians in Alaska, and that perpetuates a stereotype that’s very surface-level and just not true. We have 229 federally recognized tribes, 12 Native corporations and 20 distinct Alaska Native languages. To distill us down to Eskimos and Indians really falls short.”

The facility’s education efforts have been earning national notice. In late 2020, the Ford Foundation named the Heritage Center one of America’s 20 cultural treasures, providing $3 million in grants to expand programming. With funding from the U.S. Economic Development Administration, the center is developing a five-year, statewide Alaska Native cultural tourism plan. ANHC administrators are partnering with the Alaska Travel Industry Association to advance cultural tourism in the state, as well.

Through ANHC exhibits and programs, Edenshaw and her team remind visitors that Alaska is more than mountains, glaciers, bears and the northern lights.

“In much of Western society, there’s this outdated model of how people come to Alaska. It’s having an experience and just leaving,” she said. “We’re really trying to shift that, so people are coming to Alaska, learning some of our principles, learning to be an ally and taking it back to their home communities to share with other people. That’s the direction I see for the visitor experience.”

Learn more about the Alaska Native Heritage Center by going to www.alaskanative.net.