Owners of restaurants badly impacted by the Beirut Port explosion on August 4, are facing a tough dilemma as they desperately fight for survival.

They have the choice of paying for repairs to the damage to their businesses without waiting for governmental aid or keeping the doors closed and waiting for aid or compensation from insurance companies.

Many have told Arabian Business that they want more clarity on the political scene before deciding to invest again in this sector, which has suffered heavy losses due to the severe economic crisis and the spread of coronavirus, pushing many businesses to close, with tens of thousands of restaurant jobs lost.

Half of the 2,100 bars and eateries in Greater Beirut were damaged in the blast. Damage and losses to such establishments as a result of the economic crisis, coronavirus and the blast are estimated at $1 billion, according to a survey by the Syndicate of Owners of Restaurants, Cafes, Nightclubs and Pastries in Lebanon.

Gemmayzeh and Mar Mikhael, considered front-line areas of the blast, are both home to the most popular cafes, restaurants, and bars in the country. 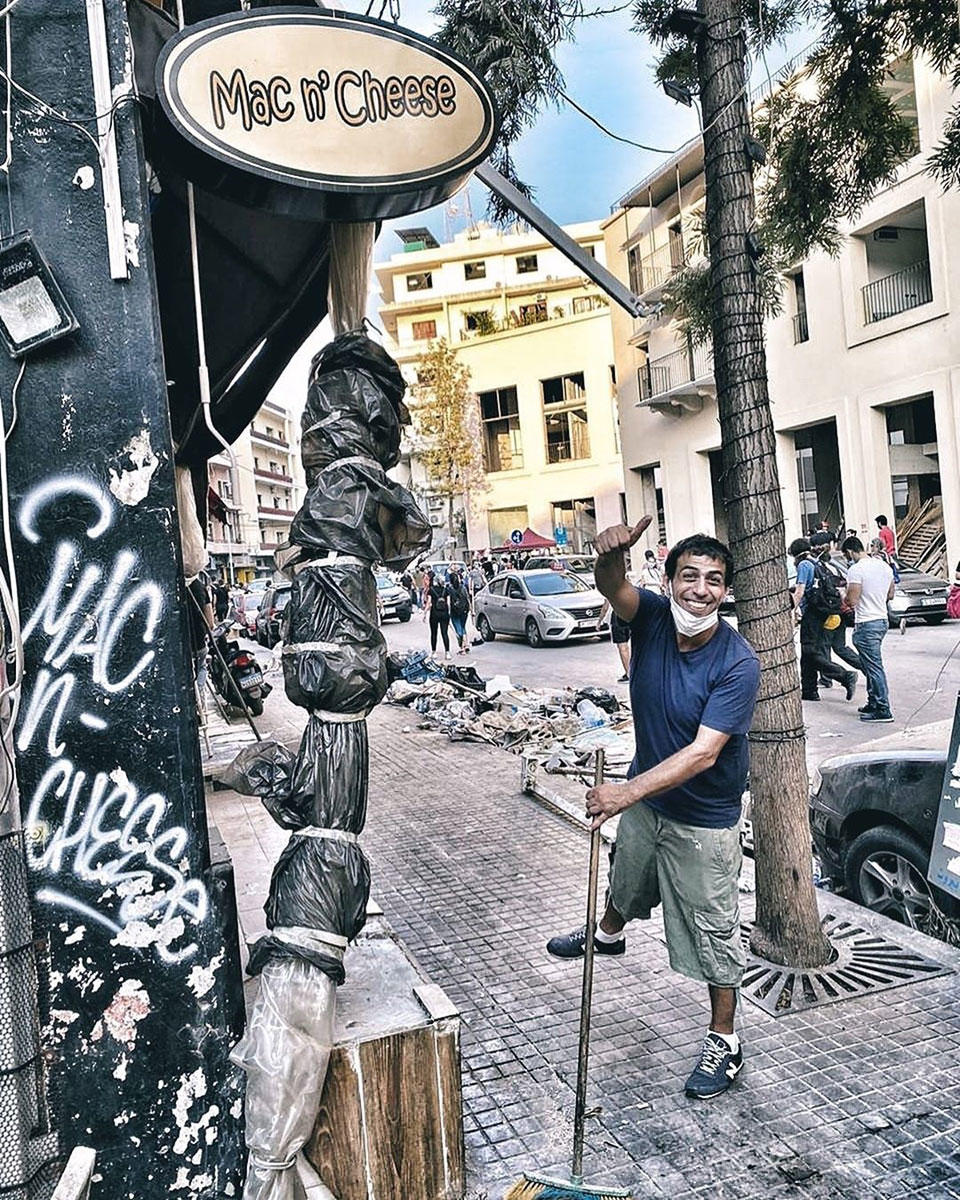 Mac n’ Cheese, an Italian pasta specialist, in Armenia street, Mar Mikhael, was severely damaged by the blast and chose “to smile, even after all the storms we’ve been through”. It re-opened its doors on August 28.

Carlos, the owner, said: “We were hit hard by the explosion, the damage was estimated at $10,000, and we took a decision to repair the restaurant without waiting for any aid or compensation. We can’t afford to remain closed even if our clients deserted the area after the explosion. I cannot access my bank account, so I borrowed some money to make a basic repair.”

He added: “We didn’t receive any help from the government. We lost confidence in our politicians, and the near future isn’t bright.”

Some restaurants are re-opening their doors on the main street, but without customers. On side streets, most of the restaurants remained closed. With apartments and offices in the area still damaged from the blast, many customers have temporarily moved away.

“We stand in determination, resilience, and resistance for our beloved Beirut,” was Curli.Q announcement of their re-opening after the blast.

Curli.Q, a patisserie, catering and coffee shop in Achrafieh street, won recently the silver award at the Transform Awards MEA 2020 during a ceremony held in Dubai.

Curli.Q’s owner Maya Bekhazi Noun told Arabian Business: “Curli.Q was moderately damaged, damages were limited on the façades, the kitchen and aluminium doors, so we got back to work a week after the explosion. We contacted the insurance company, they wait for the release of the investigation report to take the appropriate decision. If it was an accident they will pay, otherwise they won’t.” 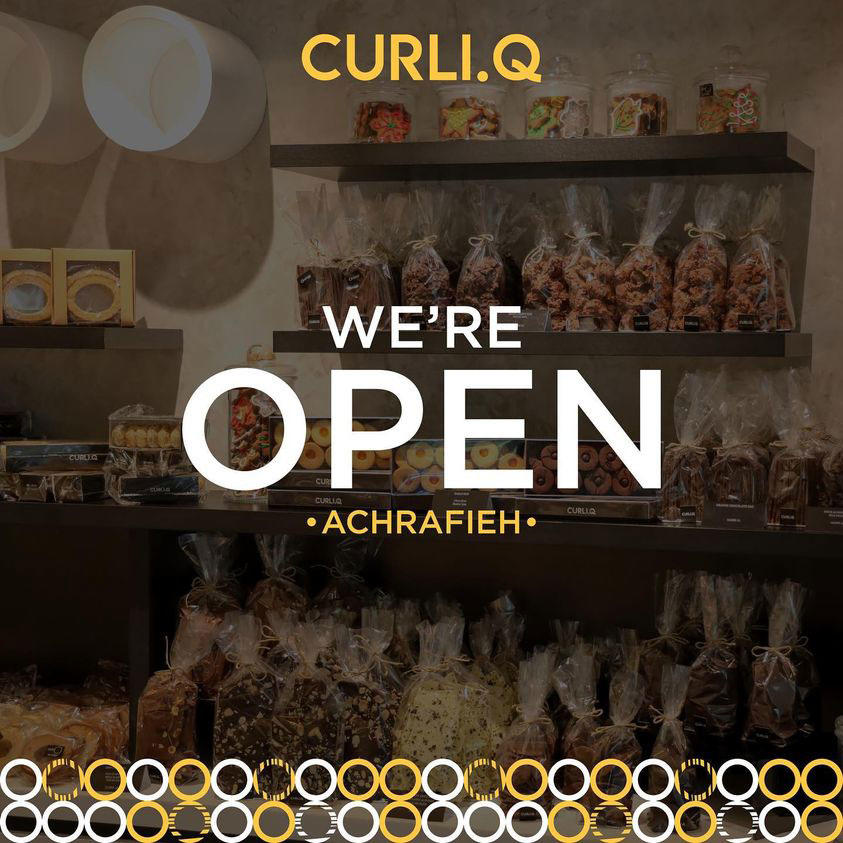 Curli.Q is open for business

She added: “After the blast, we signalled a slump in sales, as the area was ruined, streets filled with glass and stones, demolished cars. People traumatised; they don’t have the mood to buy anything. In this context, we’ve launched an initiative called Feed Beirut to help homeless people. We used our kitchen to make and distribute meals to needy people through several NGOs.”

Many government and NGOs groups came to assess the material damages, but so far nobody has offered any help, thus some shop owners repaired temporarily the façades by replacing the broken glass with nylon film.

Put it back together

Urbanista, a restaurant/café, received its share of damages in the Gemmayzeh branch. It resumed deliveries three weeks after the explosion, and re-opened on September 7, with the slogan: Beirut. We will put it back together.

According to Zeina El Eid, CEO of Urbanista: “The Gemmayzeh store was completely damaged, with damages estimated at $35,000. We fixed major parts without any aid. The insurance company assessed damages and made reports, but we didn’t get anything.” She added: “Business is slowly building after the blast in light of the economic crisis and the spread of coronavirus.” 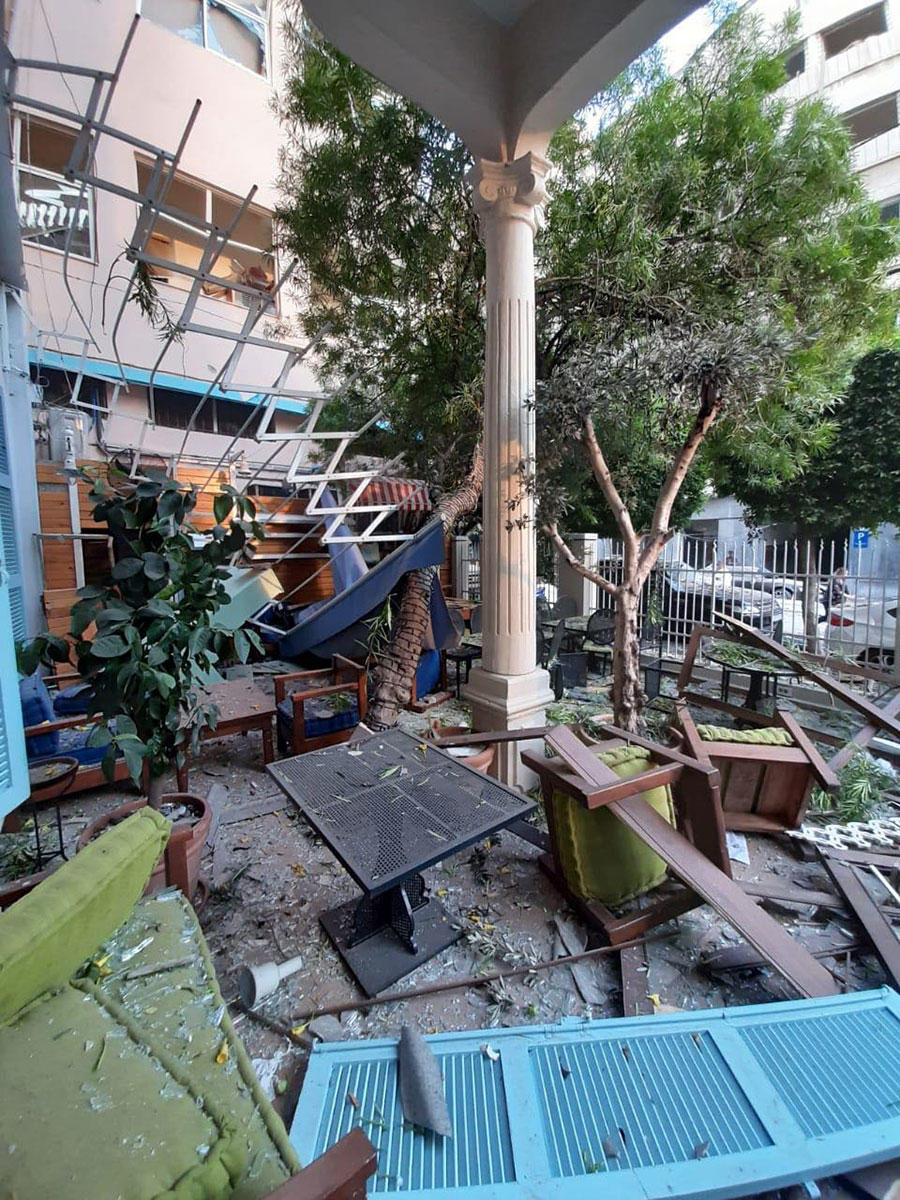 Among those who chose to postpone the resumption of their work was the restaurant Loris in Pasteur Street, Gemmayzeh. It was severely damaged, with two of the staff killed and many wounded by the blast.

Joseph, Loris’ manager, told Arabian Business that the restaurant’s management didn’t make any assessment of the damages given the tragic circumstances resulting from the death of two employees. “We don’t have any idea about the exact figures of damages, but it was a destructive blow to our restaurant.”

He expected to resume work next year “if conditions are right”.

Once vibrant, Gemmayzeh and Mar Mikhael’s restaurants are now deserted. Renowned for their night life, these districts have become a “ghost town” after dark.