Norwegian Prime Minister, Erna Solberg, stated today that Norway—which has some of the tightest travel restrictions among all European nations—must continue to maintain stringent border-control policies to avoid bringing in COVID-19 cases from abroad, reported Reuters.

Her remark may reflect concerns about a secondary wave of coronavirus infections rising up as Europe begins lifting some of its travel restrictions, trying to make the most of the summer season and recover some of the tourism revenue that’s been lost amid prolonged lockdowns.

European Union (E.U.) member nations, for the most part, began reopening their internal borders on June 15 in alignment with plans made by the European Commission in Brussels, which is also requesting that countries begin lifting external border restrictions on international travel, starting July 1, 2020.

Norway, which is not an E.U. member, but does belong to the normally passport-free Schengen travel zone (in the same manner as Switzerland, Iceland and Liechtenstein), does not plan to ease its stance on limiting outsiders.

“There is still a danger of new infections…Cases of infection coming from abroad is the biggest danger today,” Solberg told Parliament today. “So, it is important to keep control.”

Most non-residents are prohibited from entering Norway, excepting those who work in such critical sectors as agriculture or oil, or who can prove a family link with the Arctic nation. Those who are allowed in are required to observe a ten-day quarantine upon arrival. 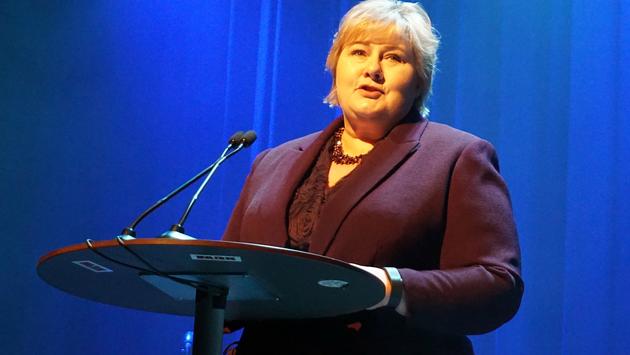 On June 15, Norway did, however, start sanctioning citizens and foreign residents coming from Denmark, Iceland, Finland and the Swedish island of Gotland to enter the country without submitting to quarantine. Given its currently elevated level of infection, no one is being allowed entry coming from mainland Sweden.

As of June 19, 2020, Norway has confirmed a total of 8,721 cases of COVID-19, with 244 resulting deaths. It has been estimated that no more than one percent of the country’s population of 5.4 million has contracted the virus since the global outbreak began.

Norway was an early adopter of coronavirus-related lockdown measures, which were implemented in mid-March. As a result, it was able to begin lifting controls on domestic movements in mid-April, and its main restriction now remaining in effect is a rule against gatherings of over 200 people.