After honing his craft in one of the top kitchens on the island, chef Bryan McMahon was considering a handful of places as his next step on Maui. The Hotel Wailea, Hawaii’s only Relais and Chateaux property, was one of them.

When he was approached about the executive chef position at the south Maui property, he was immediately intrigued by the opportunity to work at the luxury, adults-only hotel and to test his skills as the very top of the kitchen hierarchy.

“They have amazing resources and facilities,” he said. “I’ve had 14 years of hardcore culinary adventures. Each one contributed to my skill set within the business … and I want to keep pushing my limits and continue to be innovative and creative.”

McMahon joined the Hotel Wailea in June as the property’s new executive chef. He spent the previous three years as executive sous-chef at Spago Maui at the Four Seasons Resort Maui at Wailea; the new post is his first as a restaurant’s or hotel’s top chef.

He now oversees the entire food and beverage program at the hotel, including the Restaurant at Hotel Wailea, the property’s signature eatery; open-air lounge Birdcage Bar; the Cabanas, the poolside dining venue; and the Hotel Wailea Cooking School. 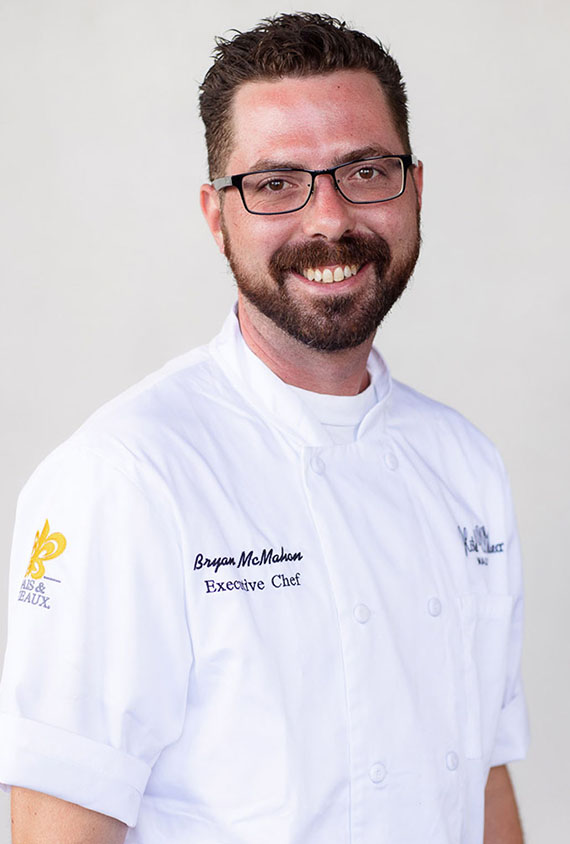 An Oregon native, McMahon studied at the Culinary Institute of America in Hyde Park, N.Y., and his career has taken him from Nantucket to Los Angeles and eventually to Maui in 2018. His resume includes time at acclaimed restaurants that include the Michelin-starred Cut at the Four Seasons Beverly Wilshire and Vespertine in Culver City, Calif.

In his three years on Maui he has received a crash course in the pluses and minuses of being a chef in one of the most remote places in the world.

“Working with local farmers and access to the giant fishery here has been fantastic,” he said.

“Obviously there’s great access to fish and seafood on the island, but some specialty items we’re flying in from L.A., and if you’re not on top of it you can have major problems in supplies and timing when things arrive if you aren’t planning right.”

McMahon does not adhere to any single type of cuisine, often forming his ideas after a quick review of what area farmers are offering any given week.

“I like to use the local ingredients that are in season to spark my idea for a dish,” he said. “That’s how I start the creative process. I take the local fish and proteins and then try to add my vision. I like to keep it light and present it in a way that is approachable, but I’m also going to add something to surprise them in the dish, as well.”

At the Restaurant at Hotel Wailea, he is working on training the staff in new techniques and introducing a “wow factor” that will set their meals apart from other Maui destination restaurants.

“It’s not a la carte, but the prix fixe tasting menu offers a lot of options, so diners can still pick and choose a bit, and it also provides the opportunity to dine with us again during their stay and try what they didn’t eat the first time,” he said.

The restaurant also offers the Treehouse, a structure built into a canopy of mango trees that offers a private and exclusive seven-course dining experience, including wine pairings. McMahon keeps a chef on call for whenever that is booked.

There is also Table 24, a booking at the restaurant that comes with a five-course tasting menu crafted by McMahon himself.

“It’s off the cuff, just for you,” he said. “It definitely creates that extra special experience for guests at the hotel, something catered to them specifically.”

Moving forward, he is working on plans to introduce a chef’s table experience inside the kitchen.

“We have this beautifully renovated exposed kitchen where you can see the staff in action,” he said. “I think, for a certain type of guest, there is definitely a market for that up-close experience where they are in the kitchen, dining with us.”

The Birdcage Bar is a lounge with panoramic ocean views and a menu of small plates and craft cocktails.

“The menu at Birdcage will be small-plates-driven, but I don’t want to say tapas because it will be more Asian-influenced,” he said. “We’ll be doing some sashimi and crudos utilizing local fish and produce.”

Captaining his own team for the first time, McMahon said he is excited by the talent around him and the opportunity to test culinary boundaries as he further develops updates for the Cabanas, new hotel breakfast options and other culinary experiences, including cooking classes.

“This is the best team I’ve worked with in at least five years,” he said. “This is a very unique property, and we have the freedom to do what we want and be creative.”