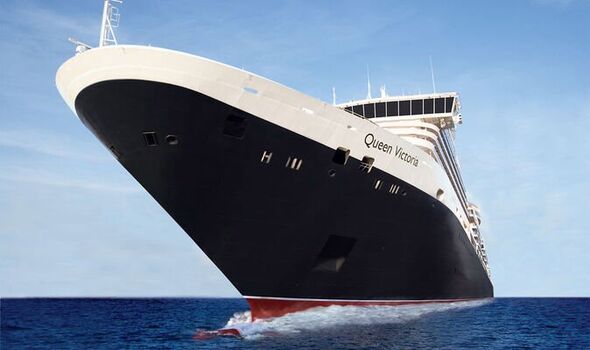 The company will undertake works on the P&O’s Aurora and Cunard’s Queen Victoria in its dry docks in Belfast for 33 days.

Queen Victoria will be in Belfast in May while Aurora will undergo works in June.

Cunard’s Queen Victoria will be the largest cruise ship ever to have dry docked in a UK yard.

Harland & Wolff fell into administration a couple of years ago so winning contracts for the impressive cruises is a huge achievement.

The company was bought in 2019 by Infrastrata for £6million.

This is the UK’s first cruise ship contract in more than 20 years.

The group chief executive, John Wood, explained: “When acquiring the assets of Harland and Wolff in December 2019 and in a pre-pandemic period, the cruise industry was one of our key target markets.”

Mr Wood continued: “Our facilities are ideally placed to capitalise on these types of large projects while we continue servicing our smaller but regular clients.

“We have now secured contracts in four out of our five markets; commercial, cruise and ferry, renewables and energy – we now look forward to completing the final milestone of securing a defence contract in the near future.”

Harland & Wolff was founded in 1861 and between 1909 and 1914 the company built the Titanic as well as Britannic and Olympic.

This new contract meant Harland & Wolff returning to cruise ship building for the first time in more than 20 years.

Carnival UK, vice-president maritime David Varty said: “We are delighted to be able to have these two ships at a UK shipyard with such a long heritage and reputation and we very much look forward to supporting the UK maritime industry and working closely with the Harland & Wolff team on this project.”

But how do new cruises compare to the Titanic?

Express.co.uk recently spoke to Sheryl Rinkol, author of Titanic Today and presenter of Titanically Speaking, who said that “while Titanic was the largest man-made object afloat in 1912, it could easily fit inside today’s mega cruise ships”.

She explained: “In modern times, passengers expect their cabin to have its own toilet.

Sheryl continued: “First class passengers on Titanic could optimise their luxury and book a parlour suite paying over $100,000 (£74,726) in today’s equivalent currency.

“Both Titanic and modern cruise ships feature a la carte options and up charges for both dining options and experiences.”

Sheryl added: “Amenities on Titanic include a Turkish bath, pool and gymnasium, all of which included an up-charge and were only accessible to the upper classes. Modern cruisers expect such amenities included in their cruise fare.

“Today some passengers also enjoy the addition of a casino, complete with slot machines and table games. Titanic’s passengers enjoyed card games, but not in a formalised casino.”