NEWPORT, Wales — Borders are reopening, and so is international golf tourism. And many golf enthusiasts, eager for a reward after the long Covid-19 pause, have bucket-list vacations in their sights.

But golfers from the U.S. and elsewhere who are ready to finally take their dream trip to the famed seaside links courses of Ireland and Scotland face a new dilemma for 2022 — a near absence of tee-time availability at the most well-known courses, like St. Andrews and Carnoustie in Scotland or Ballybunion in Ireland.

As a result, destination marketing organization Golf Ireland has changed tactics and is now encouraging its U.S. tour operator partners to focus on selling less prestigious courses, including, if possible, high-end inland resorts that generally haven’t appealed to U.S. golfers.

Tour operators, though, might find it difficult to pull off such a shift away from the allure and bragging rights of the A-list courses.

“It is an extremely difficult year to book for overseas,” said David Redmond, the owner of Maryland-based Epic Golf Travels, who traveled here in late October to meet with destination golf sellers at the International Golf Travel Market conference. In the face of high demand and tight availability, he said, “I think our clients have to be happy with one marquee course and then four or five courses or six excellent courses that they’ll enjoy about as much as the marquee ones.”

Driving the availability challenge are the two summers’ worth of Scotland and Ireland golf trips that had to be rescheduled due the pandemic.

But there are other dynamics that could make tee times at the most sought-after Scottish and Irish golf destinations a more precious commodity in the long term. Notably, golf has enjoyed a substantial popularity surge around the world during the pandemic.

In the U.S., rounds played in the summer of 2020 were up nearly 20% compared with 2019 before dipping only slightly this summer, according to the National Golf Foundation. In the U.K., the number of people who played golf jumped an extraordinary 68% in 2020, according to the Royal and Ancient Golf Club of St. Andrews, which governs golf in the country.

Meanwhile, the list of big-name courses that high-end golf tourists look to build their trips around is small.
Combined, Ireland and Northern Ireland have close to 500 golf courses, including nearly 60 seaside links courses, which are the classic, rugged, dune-scaped courses that draw U.S. golfers. But of those, less than 10 are the highly famous courses that drive international demand.

Similarly, Scotland has more than 100 seaside links courses, with less than 10 of those drawing the preponderance of attention from the golf tourism market. 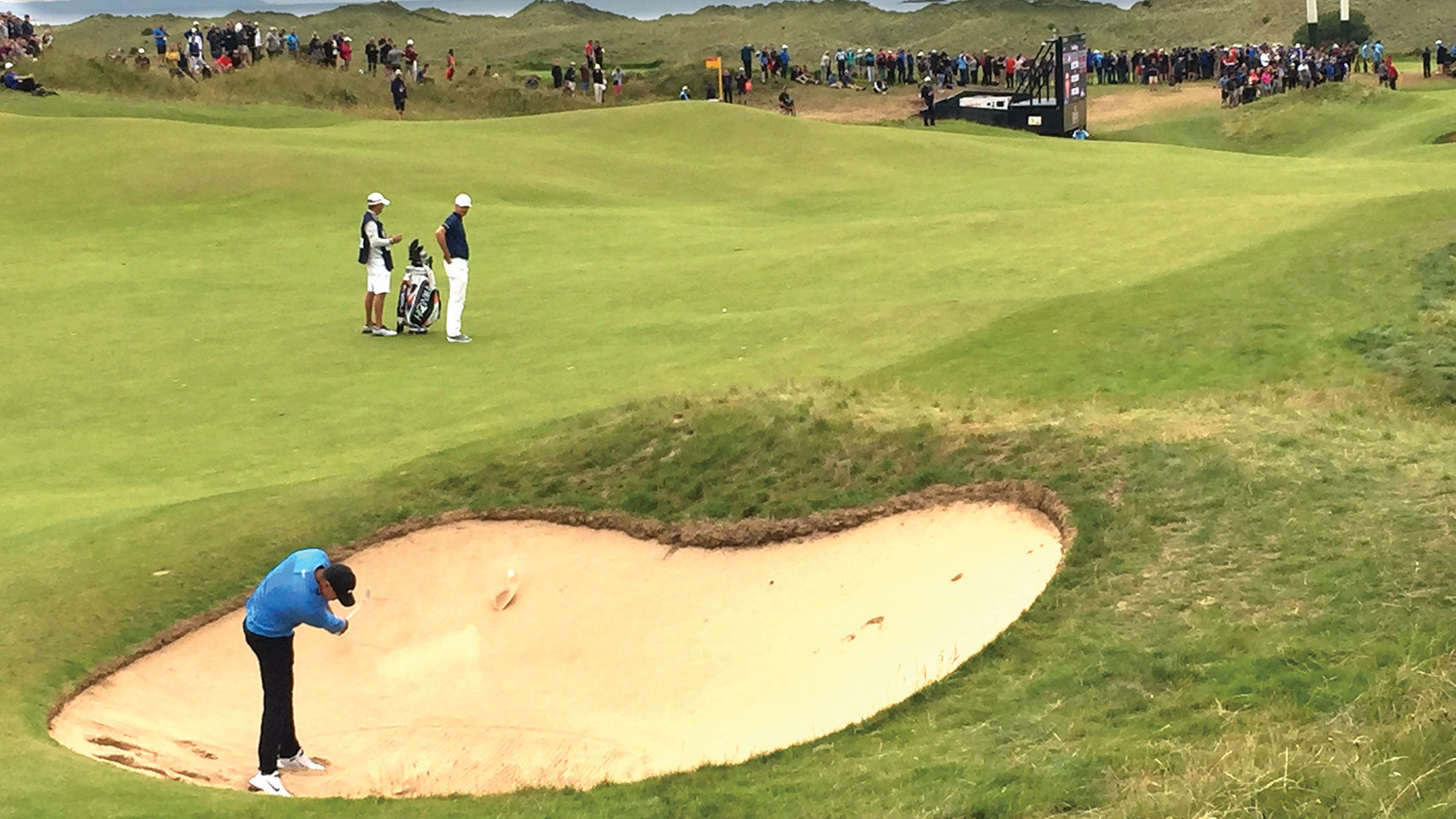 David Connellan, a Golf Ireland salesman, said the organization has begun coping with these challenges by encouraging tour operators to emphasize and sell the many high-quality links courses in Ireland that their clients might not know anything about.

For example, getting someone on Northern Ireland’s Royal County Down, which Golf Digest ranks as the best golf course in the world, may prove undoable next year, but Portstewart, a world top-100 course on the island’s north coast, could be easier.

Golf Ireland, Connellan said, is also placing increased emphasis on the entire Ireland experience, including luxury lodging, upscale dining, World Heritage sites and distillery and brewery tourism. And it is also encouraging tour operators in the U.S. to sell upscale, inland golf resorts, such as the five-star Adare Manor in southern Ireland, which will host the 2027 Ryder Cup, a premier professional golf event.

“Get out of the wind for a day,” Connellan said. “Put Adare in the middle of your trip as a day of relaxation.”

Capacity will also be an issue at Scotland’s most renowned links courses in 2022, said Keith Campbell, Visit Scotland’s market development manager for golf, though he said the organization has been pushing international partners to sell a broader range of courses for several years now.

“It isn’t secret that there are a limited number of tee times available at St. Andrews,” Campbell said, referencing Scotland’s most famous golf course.

As in Ireland, he said many of Scotland’s lesser-known courses are gems, citing as an example Eyemouth Golf Club, a seaside links about an hour east of Edinburgh.

At the sixth hole, he said, “you tee off over the North Sea to the fairway.”

“But the average American may not know that unless they were working with an operator,” Campbell said.

How tour operators see it

Redmond said that he can successfully sell Americans on those less famous seaside courses, but highlighting a trip with marquee courses is also key.

Conversely, he said that despite the best hopes of destination marketers, he can’t sell inland Scottish or Irish golf resorts because such facilities are widely available stateside. 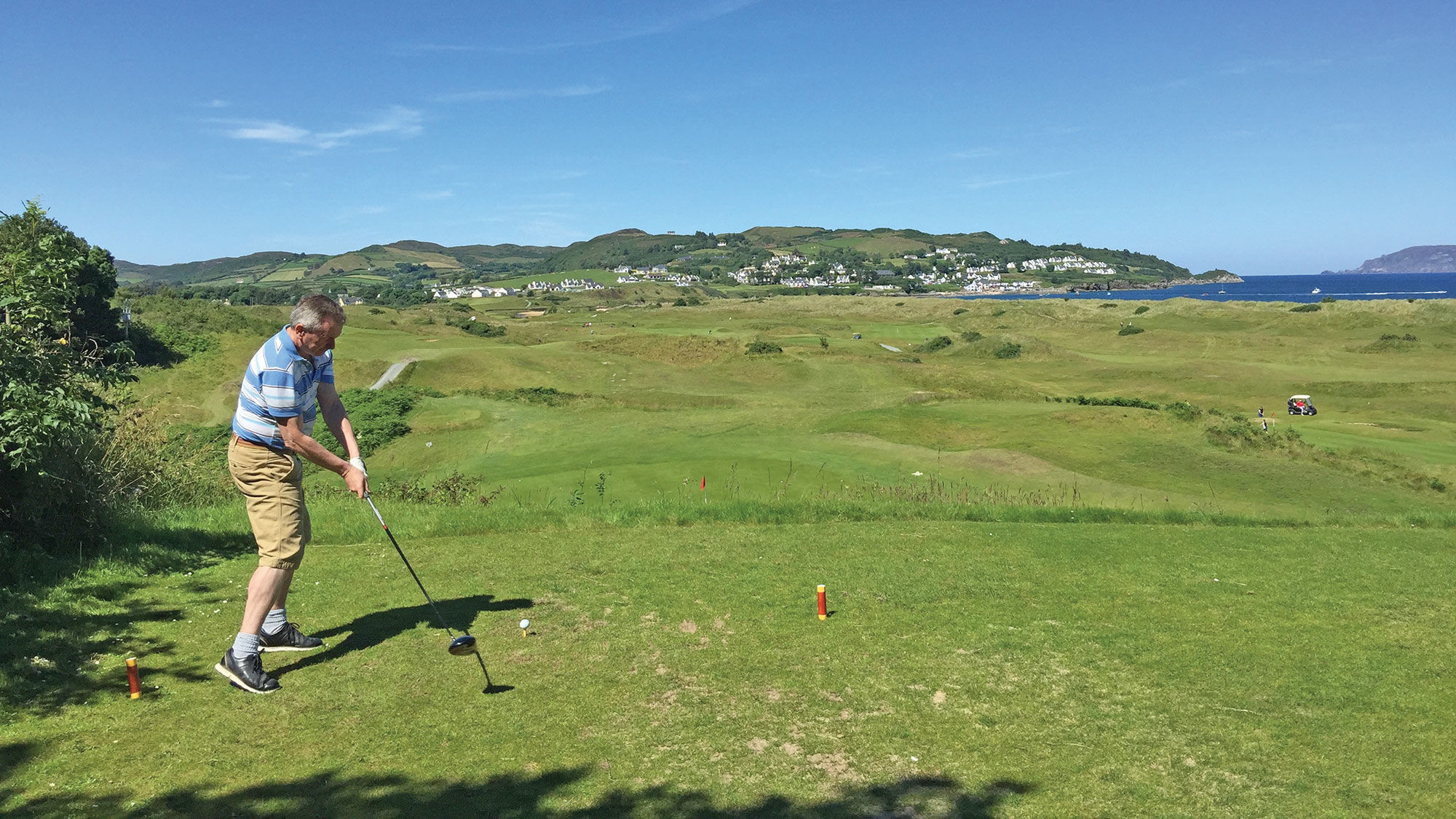 Redmond isn’t the only U.S. tour operator working to overcome tight Ireland and Scotland supply issues for 2022. Ryan Jacobs, a travel specialist for Adventures in Golf, said that about 25% of new bookings he is making to those destinations right now are for 2023, mostly because the courses his clients are determined to play aren’t available next year.

But he added that small groups of four people and less are finding a few more opportunities than larger groups, as are groups that are willing to travel in the shoulder seasons of April and October.

Looking beyond the 2022 season, Jacobs said earlier planning might be needed for people who are intent on playing the most famous Scottish and Irish links. Before the pandemic, he said, clients could usually have success booking their trips nine or 10 months in advance.