There are few dining experiences considered as quintessentially New York as afternoon tea at the Plaza Hotel.

And yet it was something I, a New York resident for over a decade, had put off experiencing, having long ago categorized it as something best saved for an extra special occasion.

I was in no rush. After all, given the Plaza’s enduring status as a New York landmark, I assumed that there would never be a time I couldn’t book afternoon tea at the property’s famed Palm Court restaurant.

And then, of course, the pandemic hit. The Plaza was forced to temporarily close in April 2020, with afternoon tea — or any other meal, for that matter — at the Palm Court suspended for the foreseeable future.

The city began cautiously rolling out the welcome mat to tourists this past spring, and the Plaza reopened its doors in May. The hotel’s first food and beverage venue to resume operations was the Palm Court, and when an opportunity came up to partake in afternoon tea as part of a one-night fam event organized by Ovation Travel Group, I jumped at it.

Fast forward to late July, and I found myself sitting with Markus Tscherner, the Plaza’s director of luxury sales, and Crystal Laurence, the property’s director of sales, at the Palm Court, enjoying a pot of fragrant rooibos and a towering, three-tiered tray of scones, delicate sandwiches and decadent sweets. We were joined by a handful of Ovation luxury travel advisors, seven of us in all.

Although we appeared to be the largest group at afternoon tea that day, we were far from the only patrons present. According to Tscherner, every afternoon tea seating was filled, and reservations had been booking up well in advance, with the property recently calling back more staff than expected in order to meet the high demand.

Starting July 27, the restaurant resumed serving breakfast and added light bites to its evening cocktail service. Still, the Palm Court’s famous afternoon tea remains the main draw for many, from the more mature in age to those age 12 and younger, the latter of whom can opt for the Eloise Tea menu, inspired by the main character in the Eloise children’s book series, who lived on “the tippy-top floor” of this iconic hotel. 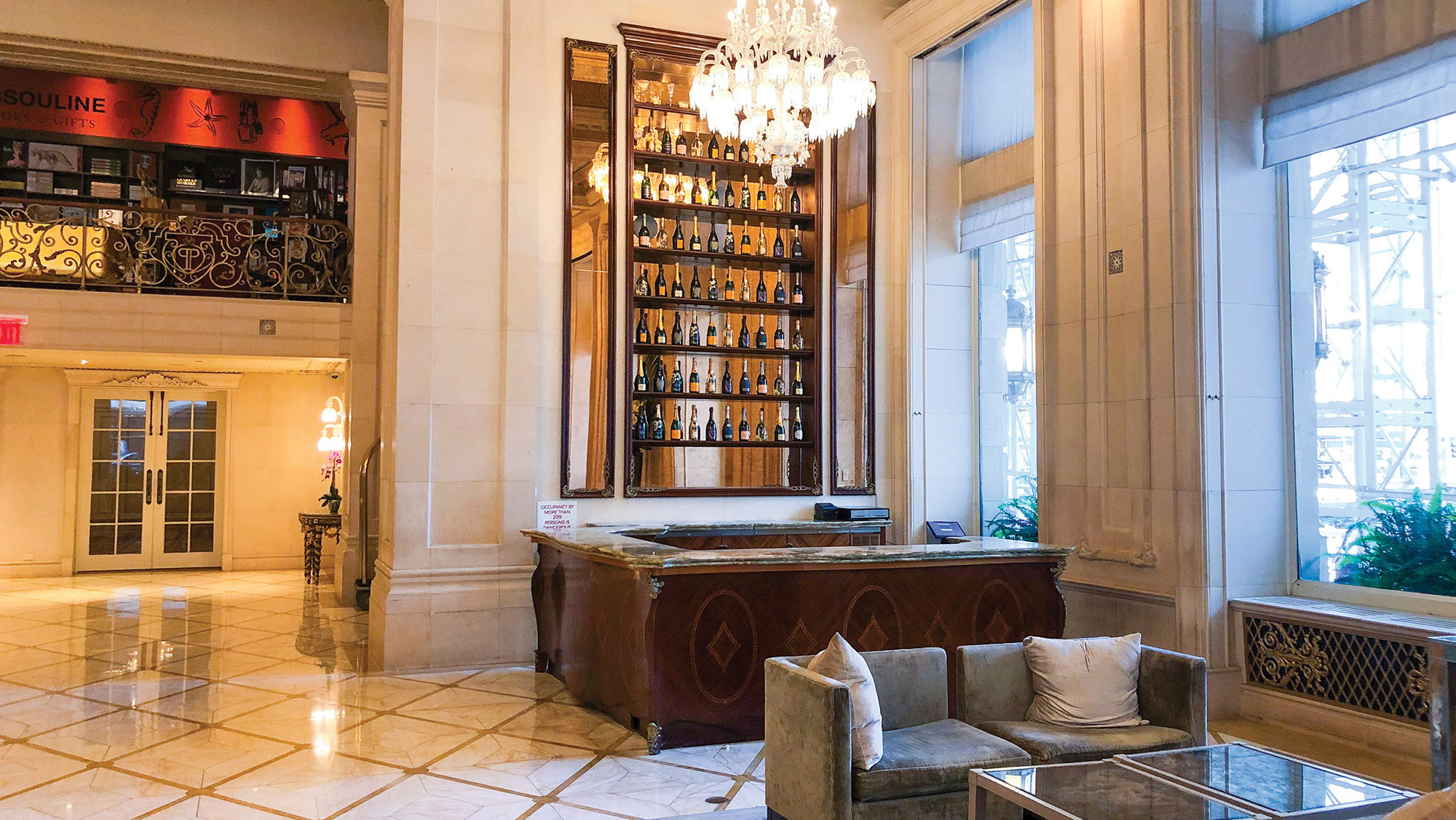 From tourist magnet to private club

Of course, it’s important to note that fewer tables than normal are available at the restaurant these days. In an effort to maintain social distancing, the venue has voluntarily limited its capacity, with oversize, round vases indicating which tables are designated to remain empty.

Like the Palm Court, the hotel itself is operating at reduced capacity levels. As of July 25, only 160 of the property’s 282 rooms were available for booking, though Tscherner pointed out that those available rooms included the Plaza’s most premium accommodations. As a result, he said, the property is selling “from the top down,” and despite the limited inventory, revenue is on track to be on par with 2019 levels.

“When I speak to clients, they say, ‘I haven’t been to New York for almost two years now, so I want to really make this an experience,'” Tscherner said. “They want to stay at the Plaza, have afternoon tea, get a great suite, and there’s not a lot of pushback on rate — they’re very willing to pay more.”

Tscherner added that occupancy for the 160 available rooms has consistently hovered at 80% to 90% the past several weeks.

Those guests, meanwhile, currently have the run of the house. 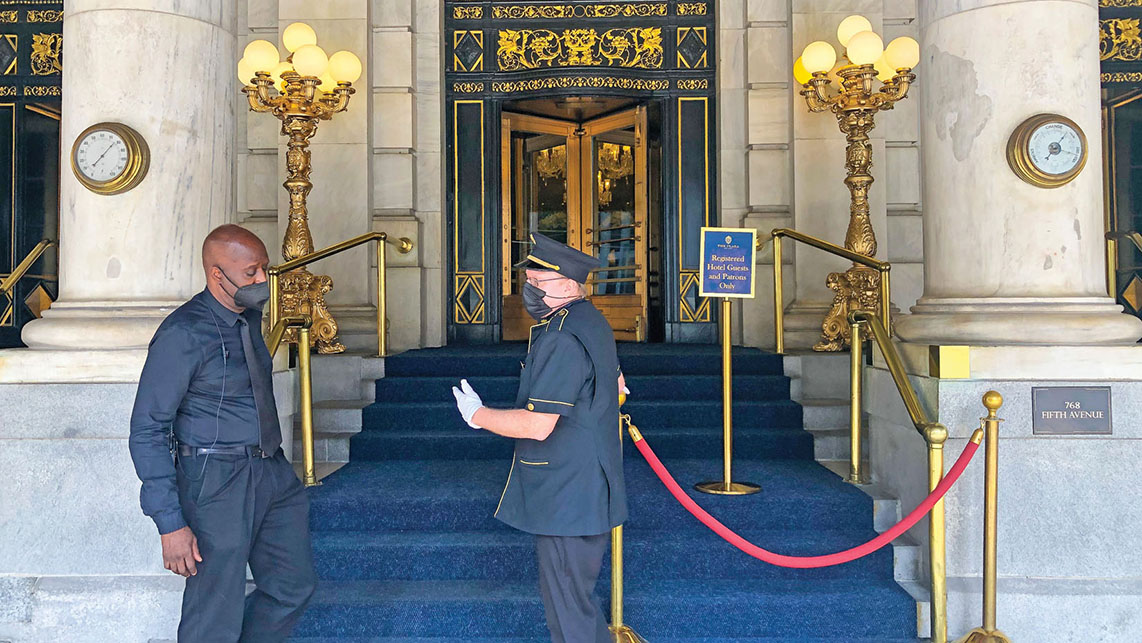 Due to the pandemic, the Plaza is only allowing those staying at the hotel or dining at the Palm Court past its front doors. A sign at the property’s entrance reads: “Registered hotel guests and patrons only.” (The Palm Court is open for walk-ins, if space is available, though reservations for afternoon tea, in particular, are highly recommended.)

The policy is enforced by a length of red velvet rope and a politely interrogative doorman.

“It creates more exclusivity than ever before,” Laurence asserted.

Sans any crowds, the Plaza certainly felt like a smaller, more intimate property than I had initially expected, feeling less like a major midtown tourist magnet and more like a private club.

It’s a feeling the property hopes to preserve, even once the pandemic passes: Tscherner says the Plaza will likely maintain its guest-only status for the long run. The move is expected to help curb overcrowding in the hotel’s public areas, a long-standing issue that he said comes to a head each year around the holidays, when the hotel’s festive decor draws in throngs of passersby for photo ops.

Turns out that while the Plaza has reopened and remains as solid a New York institution as ever, its doors aren’t quite as wide open as they once were.