Jack Anderson wasn’t trying to become president of Crystal Cruises. It was October 2020, the pandemic had halted operations and his predecessor split. So, Anderson, who had been consulting for the line, reluctantly took the job.

He didn’t know then that Crystal Cruises’ parent company, Genting Hong Kong, would leave the cruise line to collapse in bankruptcy 15 months later. And he didn’t know he’d launch a new cruise line under the same name five months after that. 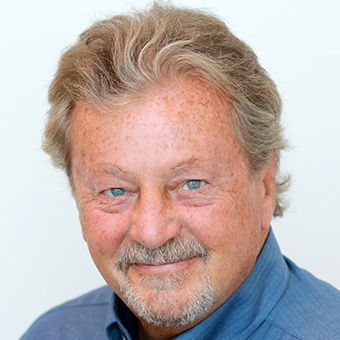 But that is what Anderson is doing as president of the reincarnated Crystal Cruises, using its two ocean ships, which along with the brand and its past guest list, were acquired by Abercrombie & Kent Travel Group, a company partly owned by Manfredi Lefebvre, whose family founded Silversea Cruises.

Anderson’s vision is to build the new company better than it was before. Crystal’s two oceangoing ships, the Serenity and the Symphony, are in dry dock with plans for a summer 2023 rebirth (itineraries have not yet been confirmed, but Europe is likely on the menu).

But while Anderson envisions a new Crystal that is more luxurious than the line of yore, the new version comes with baggage. While Crystal enjoys the reputation of a quality luxury product with a loyal passenger base, it has also inherited skepticism from travel partners and their clients who were burned by the former company’s collapse.

Crystal’s closure left travel advisors and guests with millions of dollars in lost deposits, future cruise credits (FCCs) and commissions. Those debts were owned by the now-defunct Crystal Cruises, and the new company is not legally liable.

However, Silversea, which bought the Crystal Endeavor expedition ship in the bankruptcy, is planning to honor the deposits of guests who were booked on that ship if they make a new booking on Silversea or its sister brands, Celebrity Cruises and Royal Caribbean International, by Nov. 30.

The new Crystal will not offer a similar program, Anderson said, because “we cannot.” He said the new company does not have the records to know on an individual basis if money is owed and whether that bankruptcy claim has been handled.

“If the A&K Travel Group had bought these two ships and chose to name them A&K Cruises, no one would be asking that question,” Anderson said. “It’s essentially what happened, they bought a couple of assets. But there is ambiguity or confusion because they’ve adopted that name.”

What Crystal plans to do is incentivize past guests to try the new cruise line in 2023 at lower prices than they traditionally paid on the former Crystal brand, he said. The company will also offer higher commissions to travel advisors in 2023, he said.

Retaining the Crystal name: It cuts both ways

That’s not enough to make whole the people damaged by the old Crystal, said Alex Sharpe, CEO of Signature Travel Network. He said he has good relationships with Anderson and Lefebvre and is in talks with Crystal about whether Signature will back the brand, but without a plan to make up for lost commissions, FCCs and deposits, he said he can’t get behind the new Crystal.

“You have to pick a side, and right now that side is we don’t sell them. They’re not preferred,” he said. “We can’t be neutral.”

Sharpe acknowledged that settling up on the lost commissions, deposits and FCCs is complicated.

“We hope advisors and clients will be made whole through the trustee and the bankruptcy process, but there are still so many questions, and we are likely many months from knowing how it will play out,” he said. 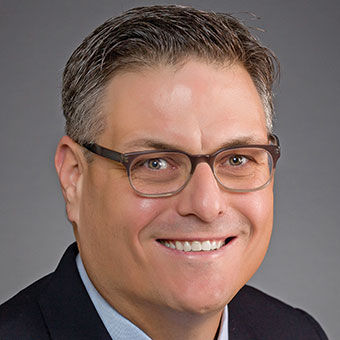 Sharpe also agreed with Anderson that had A&K named the new cruise line something else, it could argue that it only bought the hardware and not the baggage. But A&K named the brand Crystal Cruises, hired the former president and bought the brand name, he said. As such, most clients won’t pick up on the nuances of this being a new company when Crystal markets to them using the guest list the line bought.

“They are Crystal Cruises,” he said. “How do you take all of the upside and none of the down? It just doesn’t seem fair.”

In the four months since Anderson joined the new Crystal Cruises, he said he has done “practically nothing” to reintroduce the brand to consortia and agents. The brand needed to get a core organization in place first, he said, including hiring regional sales and marketing personnel who would interface with travel partners, including three Crystal veterans who were hired in September.

Anderson said he has begun conversations with key consortia and is in the early development of new strategic partner agreements. With a sales team in place, he expects to launch more consistent communication with advisors in the next month about updates on ship renovations, itineraries and the launch. He expects the line’s salespeople will talk face to face with agents “to reaffirm what this new company is, what the vision is and what our commitment is” over the coming months.

He also plans to imminently begin regular communications with past guests to share what the ships are going to look like, what renovations are happening and address their “hopes and expectations about the things that we won’t change that they love,” he said. Those communications will also introduce guests to the vision of the new Crystal, how they are bringing the crew back and what they can expect from the new brand.

Dennis Nienkerk, a Dallas-based travel advisor and former Crystal top producer, hasn’t “heard a peep” from the new Crystal or Abercrombie & Kent, he said. Like Sharpe, he isn’t lured by Anderson’s promise of higher commissions and would prefer to hear that Crystal will honor FCCs. This spring, he was doubtful he’d rush to sell Crystal again after losing $7,000 of his own FCCs to the bankruptcy.

But now that A&K is the owner of the line, he’s inclined to book them again.

“There certainly are hardcore Crystal enthusiasts out there … they would flock right back given the opportunity because they love Crystal,” he said.

With A&K as a premium provider of land tours, he feels that high standards will carry over onto the Crystal Serenity and Symphony, and he was pleased to hear the ships will have reduced capacity and larger suites.

Some customers might have reservations about the new Crystal, he said, “but they’ll want to give it a try” and see if it’s as good as it was.

They will hope to see as much of the former crew back as possible, he said, and service that is as good as it was before.

Nienkerk is among many travel advisors and guests who say that what made the original Crystal special was the crew. The line “hired for attitude,” Anderson said, knowing it could train people on service skills and not the other way around. The new Crystal will have the same ethos: “All of the internal discussion is, we had excellent service,” he said. “What can we do to make it even better than it was when we relaunch?”

The cruise line is making “extraordinary efforts” to get as many past crew members back as possible, with many of them conversely reaching out and saying they want to come back, including some who are working for other cruise lines and hope to rejoin Crystal between contracts, Anderson said. “We’re extremely optimistic that we’ll bring back a very high percentage of Crystal crew because that’s the heart and soul and the difference that made Crystal special.”

While former Crystal crew will have priority in hiring, Anderson said the line will also look to hire people who work at other luxury cruise lines.